A reflection of the last WonderCon in the Bay Area from someone going to a con for the first time. 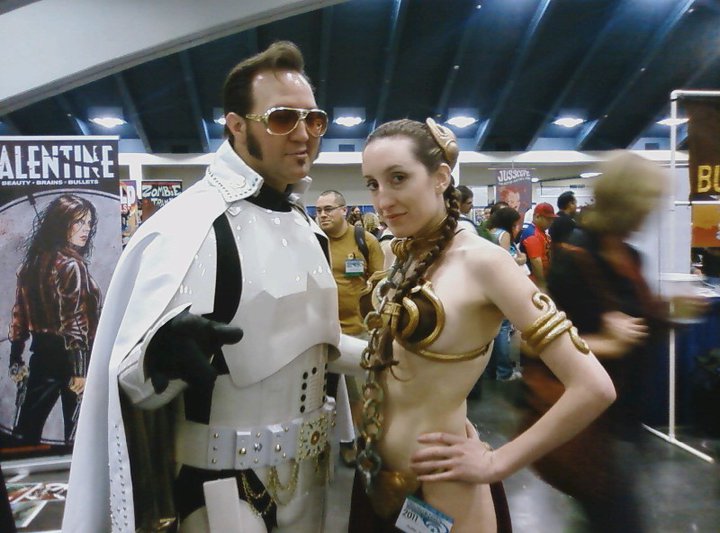 Question: what is the best way to cheer someone when they have just been laid-off and are feeling down? The Answer: take them to their first comic-con!  That was my situation back in 2011 as I had been laid-off from a good job while needing the money to pay for a new car and save up for school.

Thankfully my friend decided to cheer me up by getting me Saturday tickets for WonderCon 2011. For me this was the first time I had ever been to a comic-con or any kind of fan convention. To many attendees who were there that day, it would be their last WonderCon before it relocated to Anaheim.

One very important note that should be pointed out – this was going to be my first con experiences so I really needed someone who has been here to show me around. My friend was suppose to be that guy but had to cancel at the last minute (as in a text at 5am on the day of WonderCon) because of work. I still had my ticket and I had to do something that day to not focus on being unemployed.

Since WonderCon 2017 is set to take place this weekend, I decided to reflect back on my first con experience while reposting some old photos that were taken with a Samsung flip-phone that I got back in 2008 (hence the poor quality).

The event was being held at the Moscone Center, hence I just simply took the CalTrain to SF and walked from the King St. Station.

When I arrived to the convention, I was greeted with a massive crowd and a several helpful volunteers. As I walked through the crowd, I had mt first celebrity encounter with Richard Kiel (Jaws from the 007 films). He was in a hurry but we exchanged a few words and I was happy for that moment on.

Inside the hall, I walked around like kid in a candy who was both amazed by the festivities but also confused (again my first time). I first stopped by the Capcom booth and got to play some Resident Evil 5 and Street Fighters.  After some video games I wondered through the autograph booths and had a small chat with Larry Thomas (the Soup Nazi from Seinfeld) since we both had the same phone (he is super chill in real life).

There was a lot of cool hooch I wanted to get but due to being unemployed and needing to finish school, I had to fight the temptation. However I did walk away with a sweet Metal Gear Solid laptop bag / butt pack for $20 (I still use it to this day). Thankfully I also walked a way with a lot of free stuff like posters and a few sample comics.

No convention story is ever complete without mentioning all the amazing cosplayers that I encountered. Many of them worked for authenticity while others added their own personal style (like the Elvis Stormtrooper). Being a noob to such an event I did felt somewhat out of place due to my normal people cloths but I got over it about an hour into the day.

I did have fun that day but looking back I will admit there were a lot I probably missed due to my lack of experience at such events. I missed almost all the panels while not knowing many of the comic artists (I was not that big into comics at the time). It may have felt like I was there for a long time but I arrived before Noon and left around 5pm (that’s not enough time). Thankfully I was not reporting about the event for any publication or I would have been banished from the nerd community.

For the true fans who were at WonderCon that day, it would be last one before they moved to Anaheim. Why? Moscone Center was undergoing a major remodeling and would not be ready in time for WonderCon  2012. The move should have been temporary but WonderCon would make Southern California its permanent home.

Thankfully we got Silicon Valley Comic Con and San Fransisco Comic Con making their debut in 2016. Also with events like FanimeCon, AOD Con, Kraken Con along with the minor cons, its once again a good time to be fan in the Bay Area.

Did you attend WonderCon 2011 and have a story to share or have some thoughts on the story? If so share it with us in the comment section below.