The 2018 season of fear ends with a look back at how Doom 3 set the ground work for future first-person horror games. 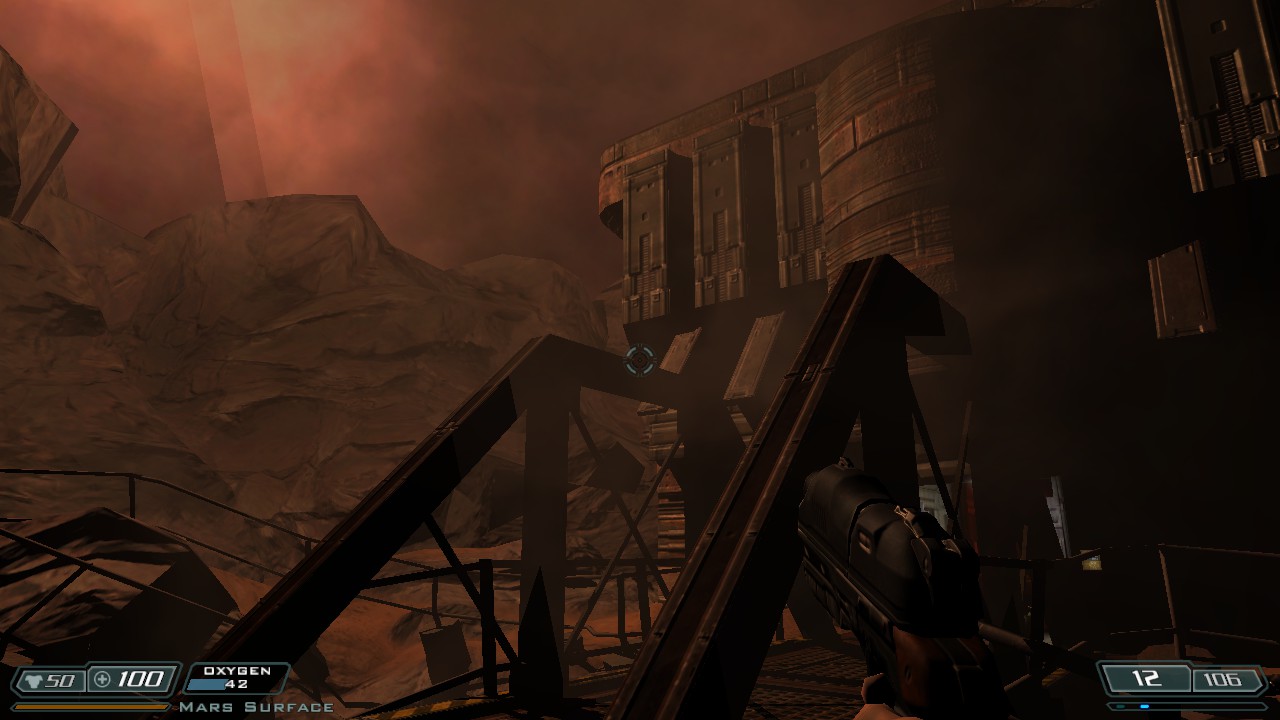 Stranger in a Strange Nightmare

Sometimes the best works of media are made by accident, the creator was attempting to tell one type story or create one style of art only for it to become something completely different. Case in point being Doom 3, a first person shooter that was suppose to reboot the iconic series.

As a first person shooter, Doom 3 was too slow paced compared to its predecessors and failed to recapture that feeling. As a horror survival, it set the ground works by introducing fear educing elements that would be adopted by other horror titles. At the same time it did what Capcom has been unable to do for so long at the time, create a good first-person horror survival.

Horror Game Icon will end 2018 by looking back at how this reboot of gaming icon paved the way for other first-person horror titles. 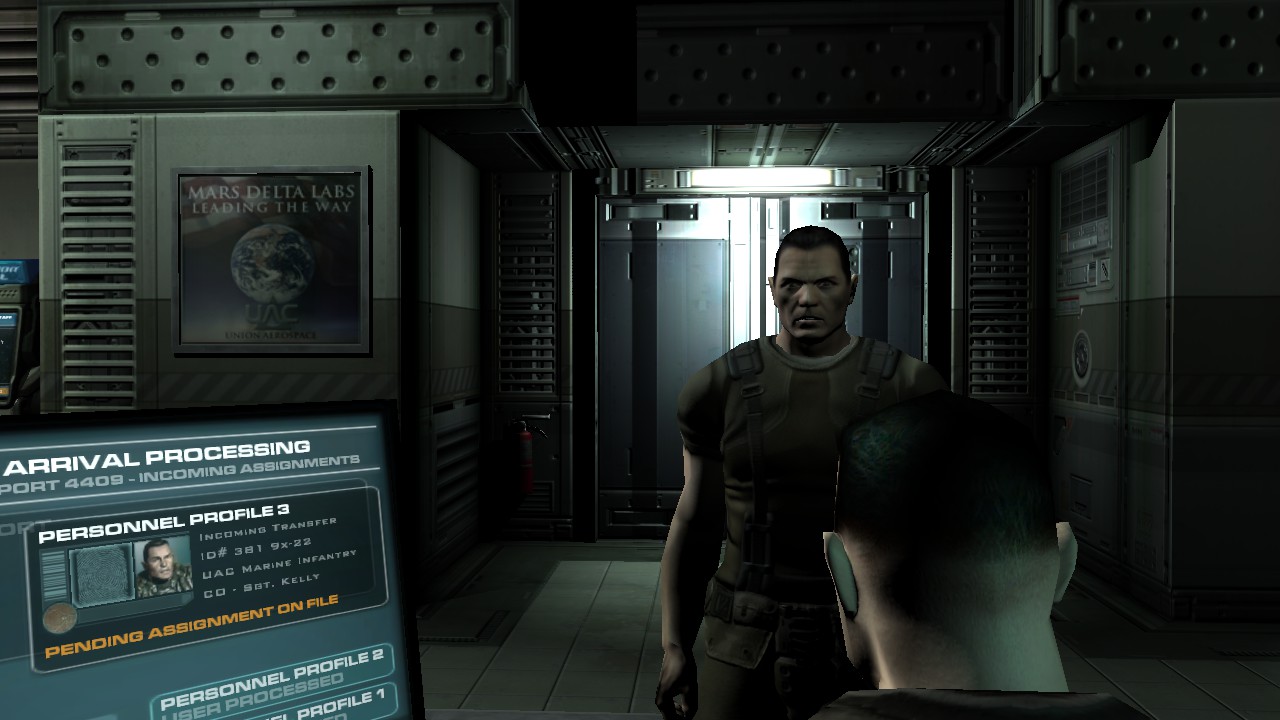 Doom 3 has players once again take on the role of a Marine who arrives to the UAC facility and Mars City as part of a new assignment. On his first mission to locate a missing scientist, a portal to hell is opened and an army of demons begin an invasion of the colony. Players must regroup with other survivors and find a way to close the portal before the demons launch an invasion of Earth.

While previous titles had very little in regards to story, Doom 3 attempted to take a more contemporary approach to drive its plot. Players got the chance to see the world before the demonic invasion while having the chance to interact with a verity of different characters that are important to the plot. This was a unique approach for the series but would also be the last time as the 2016 reboot was more focused on returning to its roots. 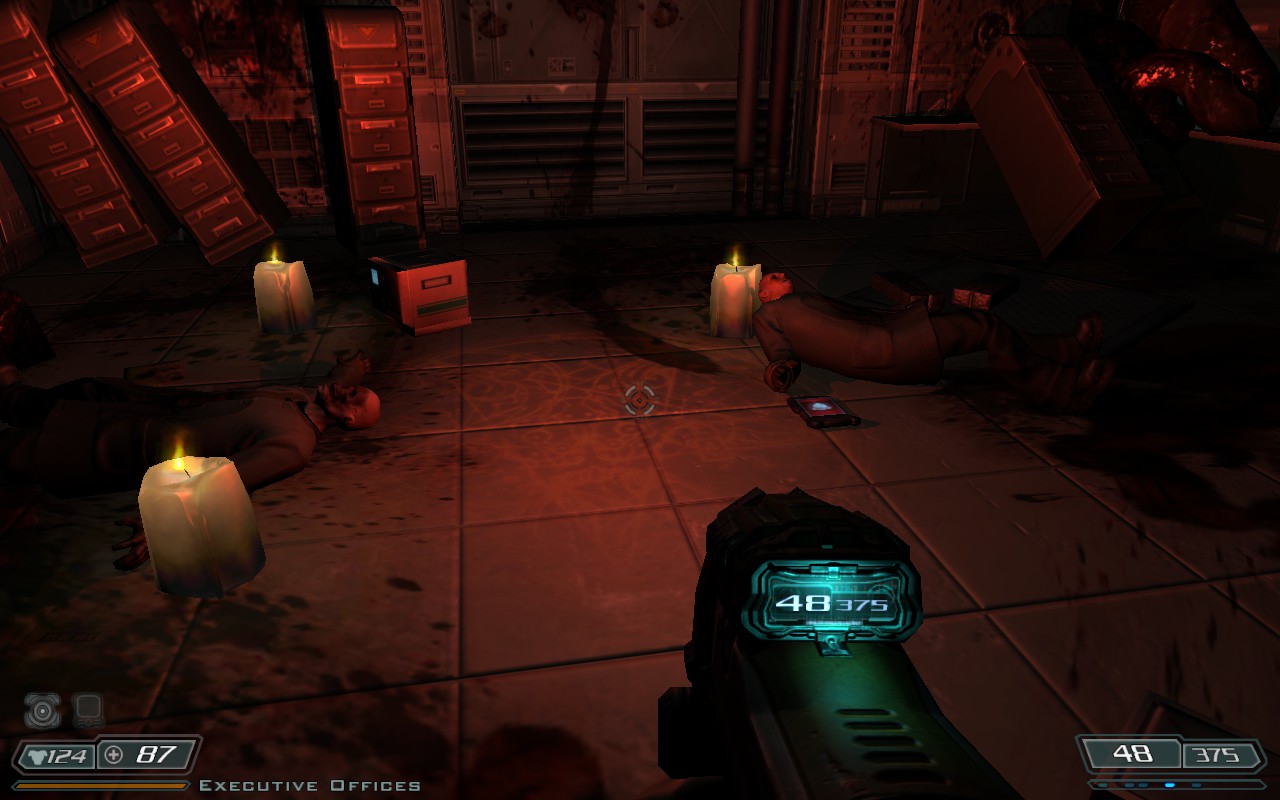 Doom 3 was one of the most highly anticipated titles of 2004 and was meet with critical acclaim at launch. When compared to the previous titles, Doom 3 as a shooter was surprisingly dull. It was not fast paced nor did the plot transition in a smooth manner. Players had to actually be concerned about preserving their ammo in the same way they had to watch their health. As a Doom game, this reboot felt nothing like what so many played back in the 90’s.

As a survival horror, it was one of the scariest title. Utilizing the power of the new iD Tech 4 engine, players are tossed into a dark world with the presence of death at every corner. The need to conserve ammo and be more cautious of the damage they take forced players to traverse this new Mars as if they were playing a horror survival like Resident Evil. To advance through facility, players needed to solve a series of puzzles that would unlock an area or allow players to acquire the needed keys. Overall this made the game less of a shooter and more of a survival horror played from a first person perspective.

Prior to its launch, the concept of a first-person horror game was seen as risk since so many have tried and failed (with Resident Evil: Survive being the best example). Doom 3 demonstrated that it was possible to make such a game as it would inspire numerous titles during the Seventh-Generation era. Titles like Condemned: Criminal Origins, Amnesia: The Dark Decent, and Outlast used the lessons from iD Software to create horror titles that have become masterpieces in their own right.

Doom 3 attempted to reboot the shooter series only to set the ground work on how to properly make a first person horror game. It was never meant to be a horror survival and yet it was able to do something that many masters of horror were unable to accomplish.

Did you ever play Doom 3 and what are your thoughts on it? Let us know in the comment section.