Skip to content
Experiencing D-Day in Day of Infamy
Preview

Experiencing D-Day in Day of Infamy

A look at why the D-Day map in Day of Infamy is the best recreation of the iconic battle. 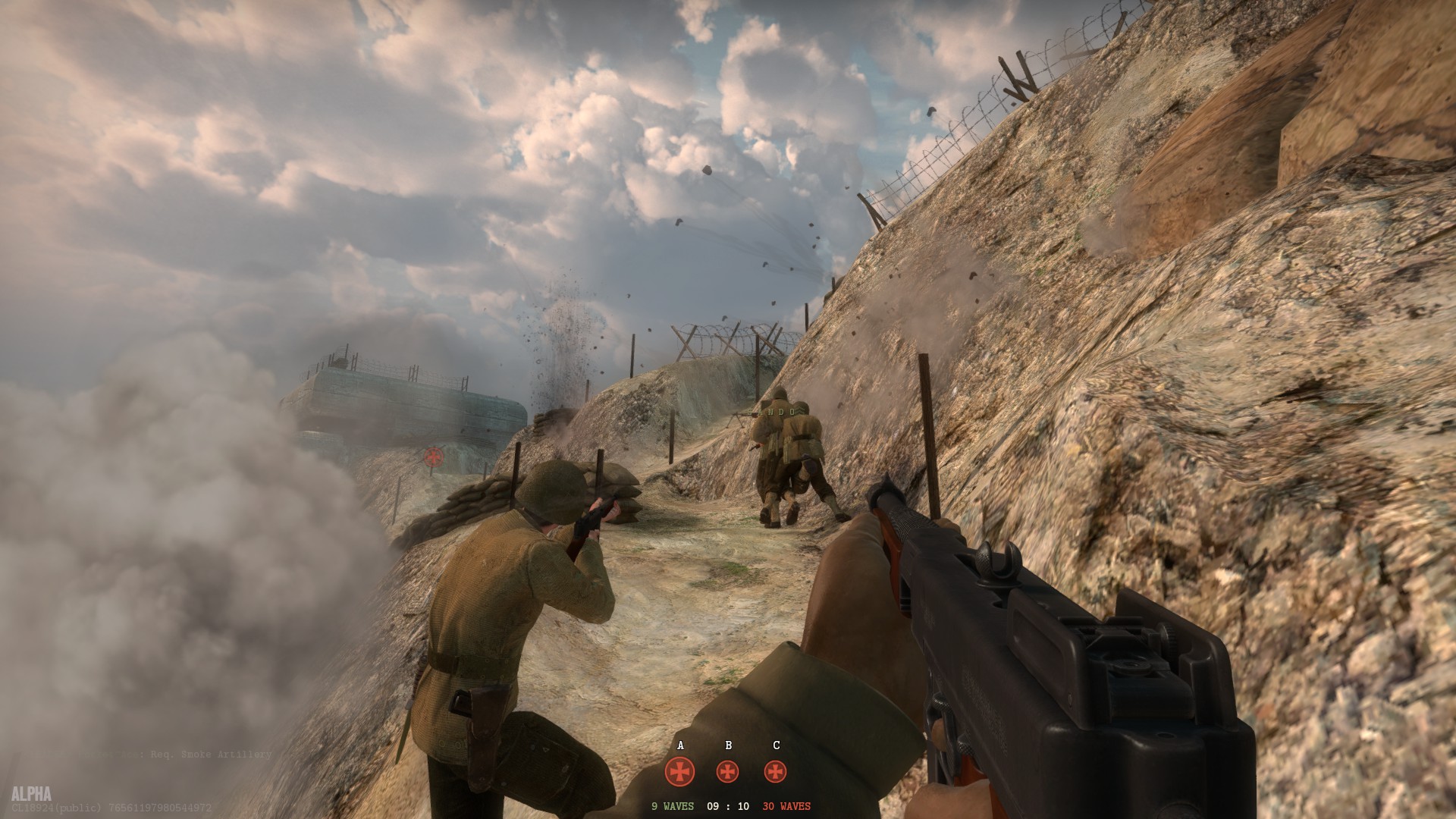 Back in my preview of playing the Day of Infamy Alpha, I mentioned how impressed I was with the Omaha Beach map (aka D-Day). Compared to the many recreations , no other game has come close to recreating the challenges and intensity of this iconic battle.

I however wanted to spend more time on the map and go more into detail about my many experiences. Now I have the chance to go more in-depth after putting an additional 10 hours of just playing the D-Day map.

This in-depth look will be based on playing with both other players and bots while only focused on playing as the American forces.

Based on the Battle of Omaha Beach during Operation: Overlord (also known as D-Day), American troops are deployed on the beach and tasked with capturing the bunkers while the Nazi’s fight to defend them.

Trying to get off the beach will be the first big challenge of the map while going full blown Leroy Jenkins will get you killed. From the start, players must maneuver across the beach while using the terrain to avoid enemy fire. Nazi machine gunners will tear American troops apart while snipers take their time to toy with the target.

Once you have cleared the beach, it will be mostly close quarters combat (CQC) so its best to have the Thompson or the M1 Carbine. Enemy soldiers will present a fair share of challenges but the real threat is going to be anyone with a flamethrower. Most of them will hide around the corners waiting to ambush you. Even if cross paths by surprise, keep your distance  because the flamethrower is very deadly.

After the main defense posts have been captured, it’s an uphill battle to take the last bunkers and the command post. Like on the beach, crossing the road to take theses key points is challenging due to machine gun and sniper fire. The distance is short but the lack of cover makes it just as difficult.

Day of Infamy is one of the best World War II shooters being developed but its D-Day map stands out. New World Interactive has created a multiplayer map that has successfully recreated the tone of the D-Day landing.

Day of Infamy is currently available in Early Access and a review will be ready when the game is made available.

Have you had a chance to play Day of Infamy? Share your thoughts in the comment section below.