Highlights from the Augmented World Expo 2017

8Bit/Digi was at the Augmented World Expo 2017 and these were the interesting highlights from the convention. 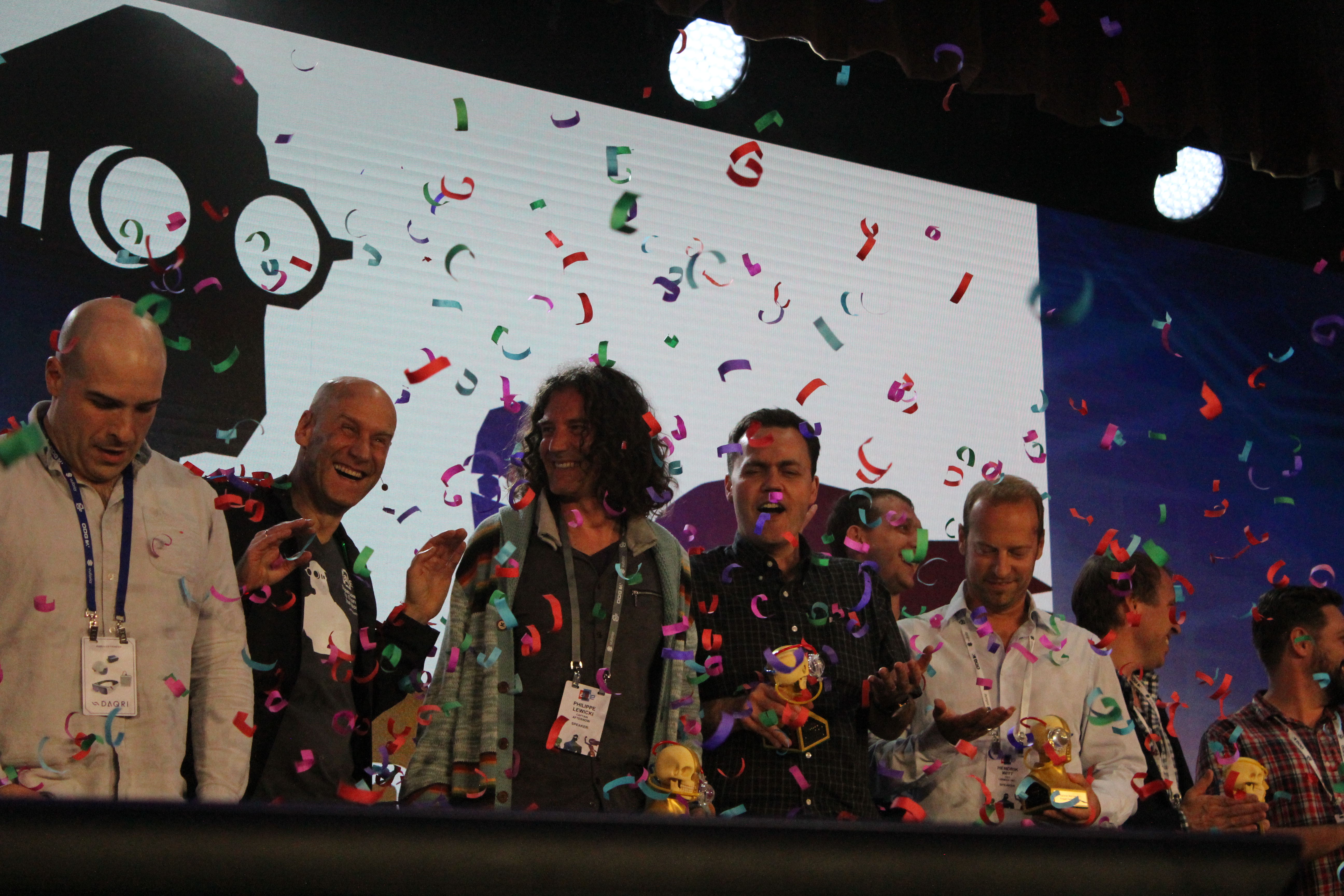 The Augmented World Expo was a three day convention that brought together leaders along with industry professions from the field of virtual reality and augmented reality technology. This is the largest industry conference of its kind and 8Bit/Digi got the chance to check it out.

From May 31 until June 2, I got the chance to meet people working in the advancement of VR and AR technology while learning what are the possibilities for this new technology. These are some of the main events and highlights during the Augmented World Expo USA 2017.

The expo floor had over 200 vendors who were available to demonstrate a verity of uses for VR and AR. The companies ranged from using VR for educational purposes to providing Q&A services and using the technology for entertainment purposes (aka video games).

DEVAR demonstrated how they are bringing storytelling to life with a combination of books and toys that work with their AR system. They even had an AR shooter that allowed players to battle waves of robots hidden in certain areas of their booth.

The Rogue Initiative is an independent game studio that was established by Pete Blumel and several of his colleges after their departure from Infinite Ward.  They were demonstrating there first major title, Crowe: The Drowned Armory, a VR experience that could be best described as a cross between The Legend of Zelda and Mobile Suit Gundam.

Zappar demonstrated how they have been using AR technology to create a unique entertaining experience. During AWE, they were showcasing a lot of their potential as an educational tool but also demonstrated its entertainment value for users of all ages.

MashUp Machine is a software that combines machine learning with community development to create a unique interactive story telling experience. It’s founder, Christopher Sjoholm, best describes it as story developing system that could one day be similar to what audiences saw in Westworld.

Next to the expo floor was the Playground, a special hall dedicated to the entertainment value of virtual reality. This is were attendees come to play games or explore some of the more fun aspects of VR and AR. 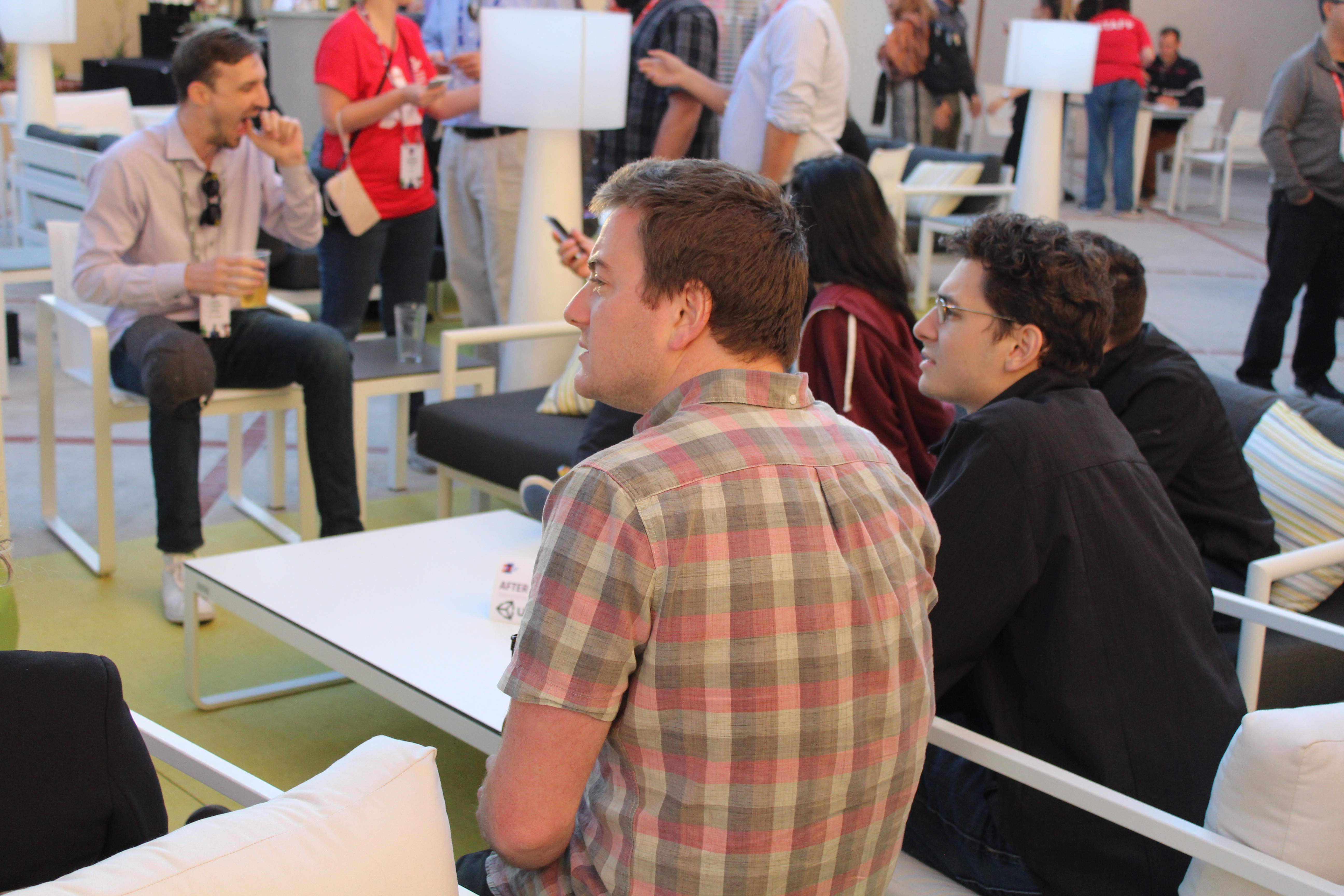 On the first day of AWE USA 2017, the convention ended with a pool party at the Hyatt Santa Clara. This was a opportunity for attendees and guests to know one another in a more personal manner. Drinks were available by the pool and the weather was just perfect for the event.

Given that theme of this years event was “Superpowers to change the world”, it only made sense that the focus was on changing the world through VR. The panels discussed how VR could help make society better.

Here are some of the panels during the convention:

Keith Boesky discussed the future of AR along with what could be its possibilities in practical life and education. Part of his panel also discussed how games like Pokemon Go are pushing AR technology to its limits while being the example for others to follow.

Known as the “Father of Virtual Reality”, Tom Furness discussed how VR could be used as an educational tool. During this panel, he shared how families are using VR to educate their children while also discussing how the technology could change how we study the world.

Health was a series of panel that looked into how VR and AR technology would change the medical profession. The new technology could be used to better treat diseases while also help redefine the concept of surgery. The technology is not just limited to human health as veterinarians could also use VR to treat animals.

Women in AR was a panel that looked at the influence women have had in the advancement of AR technology along with some of the challenges they must face.

When the expo floor closed, everyone gathered to the Playground from some food and drinks. This was also a chance for everyone to relax and mingle or play some games as they waited for the Auggie Awards to get ready. 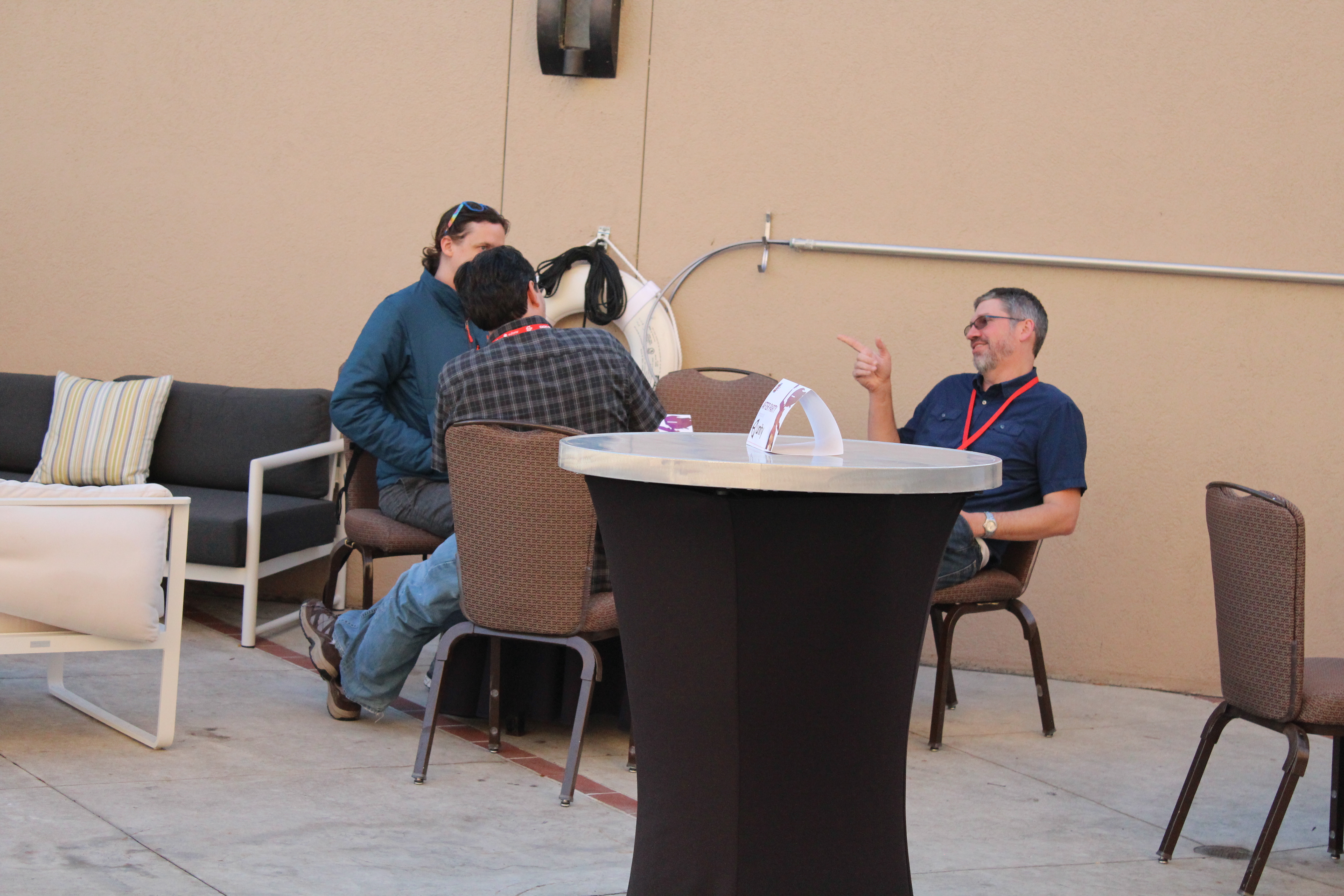 Following the Auggie Awards, everyone gathered at the pool in the Hyatt Santa Clara for the after party. Despite the event being dubbed a “party”, this was more of an opportunity for people to network and meet others who share a similar interest.

Did you get a chance to checkout the Augmented World Expo USA 2017? Is so then please share your experience or thoughts in the comment section below.

Disclaimer: AWE provided us with press passes to cover the event.