The Legacy of Wolfenstein, 25 Years Later

A look back at how Wolfenstein created the shooter genre, introduced gamers to their love of killing Nazi’s and how it continues to influence the genre.

Most of the iconic and popular games are first person shooter (FPS) that put gamers in the role of a hero who has to go against an army with nothing more than a few rounds in the magazine. A gamers time is mostly spent on the virtual battlefields of Counter Strike, Call of Duty, Halo and Battlefield.

This joy of the virtual warfare was made possible thanks to Wolfenstein 3D breaking the norm to establish a new genre for a mature audience. The series celebrated its 25th birthday on May 5th and now 8Bit/Digi looks back at how this series created the most popular genre while paying our respects to the team at iD Software.

The Birth of Shooters

Known to most gamers as a shooter, the Wolfenstein series actually started back in 1981 as a stealth action game developed by Muse Software. Castle Wolfenstein had players attempt to infiltrate a Nazi fortress to steal secret plans than escape undetected. The game was a hit and was followed by Beyond Castle Wolfenstein. Unfortunately Muse Software closed in 1987 with most of its assets sold-off.

Then in 1991 John Romero, John Carmack, Tom Hall, along with Adrian Carmack established Id Software LLC and one year later they would set the foundations for modern gaming. These pioneers acquired the Wolfenstein intellectual property and used it as the foundation to create the first-person shooter genre. Wolfenstein 3D has players infiltrate the castle by fighting Nazi soldiers and their monstrous creations (including a Robot Hitler). The games success was followed by Spear of Destiny, which has the gamer attempt to recover the Holy Lance before the Nazi’s could use its power.

The game became the building blocks for the FPS genre and it’s success was followed by Doom and Quake. They would become a major influence on the development of other groundbreaking games like Half Life, Medal of Honor, Soldier of Fortune and 007 GoldenEye.

The game also introduced gamers to one of the most iconic characters, William “BJ”  Blazkowicz. He was the foundation for characters in an FPS while being one of the earliest gaming heroes that was targeted towards a more mature audience. On a side note; he is the grandfather of Billy Blaze from Commander Keen and a descendent of the “Doom guy” from the Doom-series.

The game itself was a pioneer in transforming video games from an expensive childs toy to a mature medium. Wolfenstein 3D was the first step needed for the gaming industry to grow and to experiment with more mature content.

Wolfenstein in a New Age

After a decade long absence; the series was introduced to a new generation in 2001 with Return to Castle Wolfenstein. Gamers once again took on the role of Blazkowicz as he attempts to dismantle Wilhelm “Deathshead” Strasse secret weapons project and prevent Heinrich Himmler from using ancient magic to resurrect an evil warlord. This reimagining developed a new timeline within the context of a classic setting. The game also included a groundbreaking multiplayer feature that borrowed elements of Counter Strike with objective based missions set in a WWII setting,

Return to Castle Wolfenstein was the byproduct of taking one of the most iconic games and rebuilding it into something new. The end result was one of the best FPS games of the time while being awarded multiple “Game of the Year” awards. Its success was followed by a console port that expanded the story along with Wolfenstein: Enemy Territory, a free to play multiplayer game.

The story continued with the sequel Wolfenstien in 2009, which had players once again taking on the role of Blazkowicz on a mission to stop the Nazi from harnessing black magic. This time Deathshead have concentrated his forces in the town of Isenstadt in a quest to acquire Nachtsonne crystals needed to access the Black Sun Dimension.

Like so many iconic titles during this era, it failed to appeal to a new audience. Wolfenstein failed to generate the same kind of buzz as its predecessors and suffered both critically and financially. The game was met with average reviews while sales were so poor that the game became a financial flop. This would have been the end of the series by Bethesda stepped in and gave it a new lease on life with The New Order.

The Rebirth With The New Order

Rumors were circulating back in 2013 that Bethesda had a new project in the works. Many just assumed it would be either a new Fallout game following the success of The Elder Scrolls V: Skyrim. Those rumors were put to rest when CNET first revealed that Wolfenstein: The New Order was in the works.

The New Order was set in an alternative world in which the Nazi’s won the war and the world is under their iron fist. It’s now the 1960’s and players will once again take on the role of William “B.J.” Blazkowicz as he leads a resistance movement against an old enemy that has upgraded its monstrous arsenal.

At first glance it looks like a classic shooter that has players try to complete their objective while killing all the Nazi thugs they desire. Gamers will go up against a technologically advanced Third Reich that has an arsenal of unimaginable horror like robotic dogs, super soldiers and more. Yet unlike other WWII themed games, The New Order explores on what really made the Nazi’s synonymous with evil. It’s a world were the Third Reich has expanded its philosophy by purifying the world of those deemed undesirable to the Master Race. This may appear to be poor in taste but The New Order is able to get away with it because of its well-written story and dialogue that puts it in competition with The Man in the High Castle.

This gamble paid-off as The New Order was both a critical and financial success which resulted in a stand alone adventure being released a year later. The Old Blood was both a prequel to The New Order and a remake of Return to Castle Wolfenstein that was designed to make it fit in the new story-line. 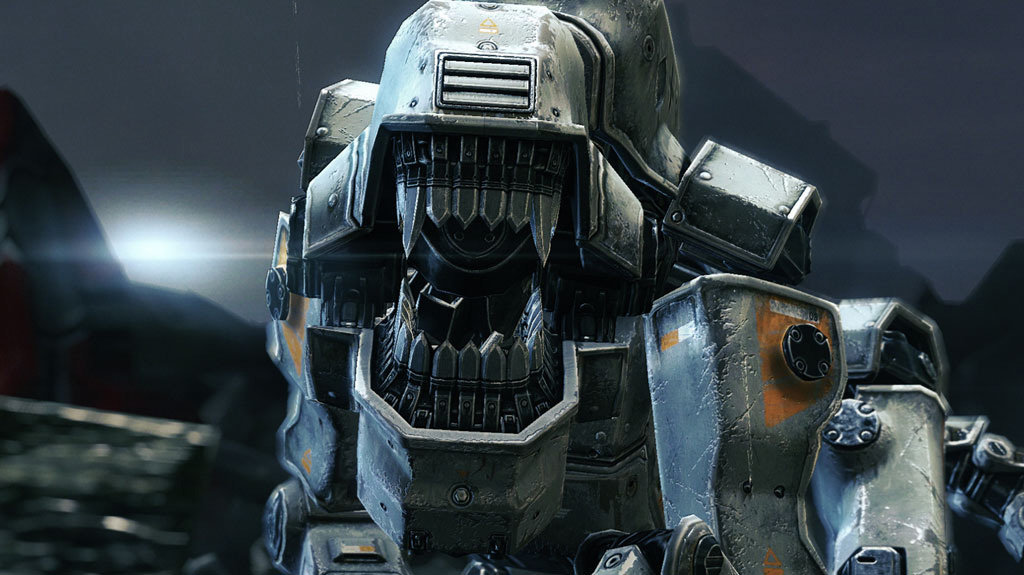 However being first at something is always followed by a wave of controversy, and Wolfenstein was no exception. Wolfenstein 3-D caused a firestorm of controversy due to its graphic violence and Nazi reference. The original game was banned in Germany because of the display of Nazi symbols and the use of Horst-Wessel-Lied as its theme music (see Strafgesetzbuch section 86a). The game had to undergo editing and censorship just to be sold on consoles and in different countries.

Years later; Return to Castle Wolfenstein became the victim of false moral panic after Jonathan Kay (not a gamer) of the New York Times accused it of promoting anti-Semitism. As a result of the article, the game was vaguely referred to in Contemporary Global Anti-Semitism by the United States Department of State.

Despite all the controversy and censorship, the Wolfenstein series has always stood strong as the needed push for gaming culture to embrace a mature concept. The series has never been afraid to push the boundaries while also raising the bar for other shooters to follow. Meanwhile the success of The New Order only demonstrated how strong the series has been in defining the concept of the shooter genre.