Ethen Beavers along with Mike Ginn will be special guests at Campbell Con 2017. 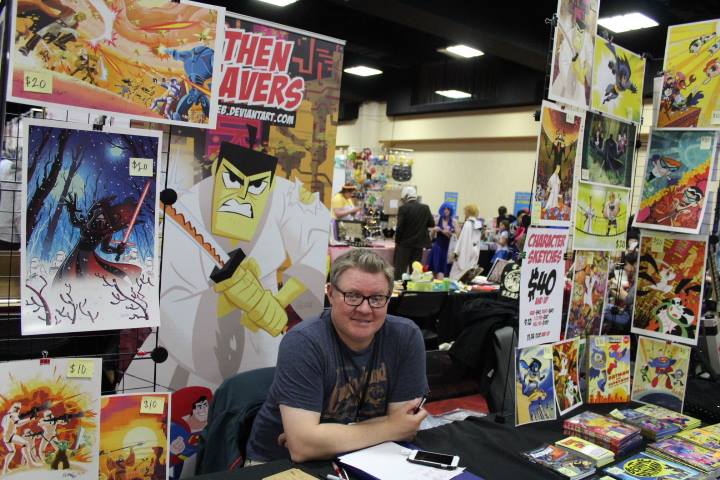 Bay Area fans are in for a treat as it has been confirmed that Ethen Beavers along with Mike Ginn will be special guests at Campbell Con 2017.

Ethen Beavers is a comic artist who is well known for his work on the comic adaptations of Samurai Jack and Star Wars: The Clone Wars. He has also worked on several major comic series including Justice League Unlimited, Teen Titans Go! and Legion of Super Heroes in the 31st Century just to name a few. Beavers is also a regular at fan conventions through out the Bay Area.

Mike Ginn is a New Zealand actor who is best known for his role as Gem / Ranger Operator Series Gold in Power Rangers RPM. His other major roles include Riley in the movie Blood Punch and Jackie Chan in the show Flat3.

They will be joined by Chris Marrinanis (creator of HeadHunters), John Heebink (known for his work on Nick Fury: Agent of SHIELD) and Tobe Daranouvong (the co-founder and artist of Alpha Q Comics). More guests will be announced in the coming months.

Campbell Con 2017 is organized by Colossus Girl Entertainment and will be held at the Campbell Community Center on October 21st. Tickets are on sale now and 8Bit/Digi will be present to cover the event.