Stan shares his experience of playing the beta for Beat Cop 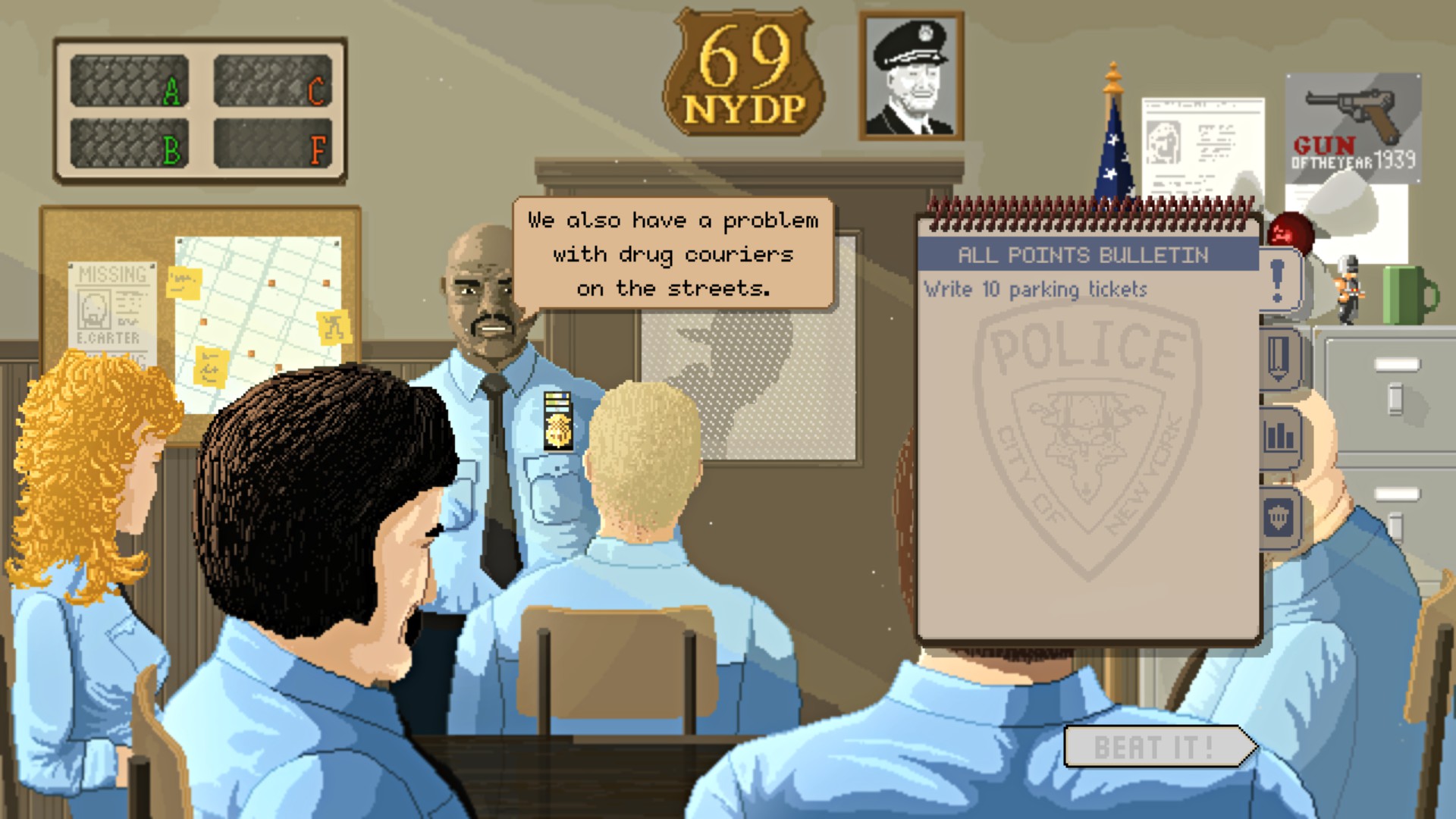 Over the weekend and during the week starting on July 15, I got a chance to play the beta for Beat Cop by 11 Bit Studios. This is not an official review of the actual game but my thoughts of the overall experiences.

The game is set in 1980’s New York and players take on the role of Officer Jack Kelly, a former detective who has been demoted to the role of a beat cop. However things don’t go well when his partner is murdered on day one. Officer Kelly must track down his partners killer while protecting the neighborhood and enforcing the law.

The game is an 8-Bit point and click that attempts to simulate how police officers operate. It also lightens the mood by paying homage to cop hows of the 80’s while adding its own sense of humor into the mix.

In the beta; players have to patrol a neighborhood in New York City from 8:00am until 6:00pm. During that time frame, players are tasked with meeting a ticket quota while investigating and stopping crime.

Beat Cop strong points is how it attempts to simulate what it’s like to be a police officer and the politics of working in the streets. At the same time it makes the experience uplifting with its sense of humor and nod to 80’s pop-culture.

Overall; if this beta is a sample of what players could expect in the full game then I’m definitely going to highly recommend Beat Cop by 11 Bit Studios. It’s a unique title with a sense of humor that player will love.