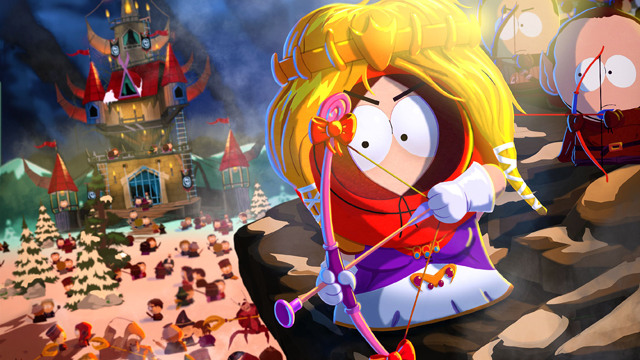 South Park: The Stick of Truth is more then just a game but also a “Thank You” from Trey Parker and Matt Stone to both their fans and the gaming world.

After a series of delays and THQ’s bankruptcy in early 2013; Trey Parker and Matt Stone have risen to the top with what may be one of the first contenders for the honor of “Games of Year”.

This mythical tale follows the journey of a new kid whose arrival has been foretold in the prophecy. The Stick of Truth has been stolen and war between the Kingdom of Kupa Keep (lead by Eric Cartman and Kenny McCormick) and the Elves (lead by Kyle Broflovski and Stan Marsh) is about to escalate. The player must pick a side and recover the Stick of Truth before it could be used for evil.

Also do expect references to the Black Friday-trilogy and the movie, South Park: Bigger, Longer and Uncut.

As a game; The Stick of Truth has taken every trope associated with the RPG-genre and incorporated into the themes and context of the South Park universe.

With a 2-D open world environment, gamers will have the opportunity to explore the town while visiting many iconic locations from the series. Players will get the chance to interact with a verity of characters like Big Gay Al, Jimbo Kern, Mr. Mackey, Clyde Donovan, Mr. Slave, Officer Barbrady, the Goth Kids and more.

When in battle; the game switch to a combat system that uses a turn-based setup similar to many classic RPG’s. However the combat system may feel awkward for those unfamiliar with games like Final Fantasy while learning new magical abilities tend to be more troublesome in the tutorial then during the actual game. Thankfully these are hurdles that a player can quickly overcome.

The game should already impress players and the most modest of fans, but what really sets The Stick of Truth apart from other TV-licensed games is that it actually feels like your watching an episode. Almost everything from the visual details to the transition between levels is almost flawless.

Not since 007 GoldenEye for the N64 has a game really taken advantage of the creative license of a pop-culture icon. South Park: The Stick of Truth truly is a masterpiece that both gamers and fans could enjoy.