Skip to content
Review | The World Next Door (PC)
Review

Review | The World Next Door (PC)

The World Next Door is at its heart a love letter to both the indie gaming community and the anime fandom.

After bringing so many of the most iconic works of anime and manga to North America, Viz Media has entered the gaming world by partnering up with Rose City Games to bring us The World Next Door.

It looks like Viz Media has started this new venture right as The World Next Door is an amazing game. This is a title that could only be described as an indie experience with an anime flare. From the artistic style to the likable characters, there is so much to enjoy and almost little to dislike.

The World Next Door takes place in a reality in which the human world shares a relationship with Emry, an alternative world where magic exists. Once in a generation, a portal opens allowing the inhabitants of each world to visit the others.

Players take on the role of Jun, a college student who gets to experience her dream of visiting Emry. She meets up with Liza, her pen pal from Emry. They quickly meet up with Horace, Cerisse along with Rainy for a fun day of magic and partying. However they get side tracked and Jun misses her chance to return to her world. It’s now a race against time for the group as they need to find a way to reopen the portal and return Jun back to her world.

Any narrative driven game requires to have strong characters and it’s almost impossible to not like Jun, Liza, Horace, Cerisse along with Rainy. Each one of them brings a lovable personality to the experience; be it Jun curiosity or Horace’s bad-ass attitude.

From the start, it’s the games artistic direction that will make you fall in love with The World Next Door. It takes the design tropes seen in most indie titles while incorporating an anime style to create a beautiful world of fun and magic. This is best exemplified in the off-beat character design that clearly have that indie and anime influence.

The development team put their heart and soul into bring the world of Emry to life and it clearly shows with artistic direction and the lovable characters.

In regards to the gameplay mechanics, The World Next Door for the most part is a narrative driven experience that encourages players to explore Emry. I need to give it credit for how the controls have been optimized to accommodate what ever manner one is more comfortable playing. Even though this is a review of the PC version, I found one could easily play with either a controller (I use an Xbox One controller) or just use the keyboard.

The combat is mostly limited to casting spells by matching three tiles during certain moments. Unfortunately that is its biggest weak point as the match three mechanics is a gameplay element that has been done to death. Using it as a combat mechanic is interesting but it’s not enough to make it stand out.

Honestly; a turn based combat system would have been a better choice for such a game.

A Game That is Magic

Despite the short comings of the combat system, The World Next Door is one of those games that is hard to hate. The story and characters along with the world that has been created make up for it.

This is more than just another indie game, The World Next Door is at its heart a love letter to both the indie gaming community and the anime fandom. The gameplay is fun but it’s the characters and story that makes you want to invest in your progression.

Disclaimer: VIZ Media provided the game that was used for this review.

The World Next Door (PC) 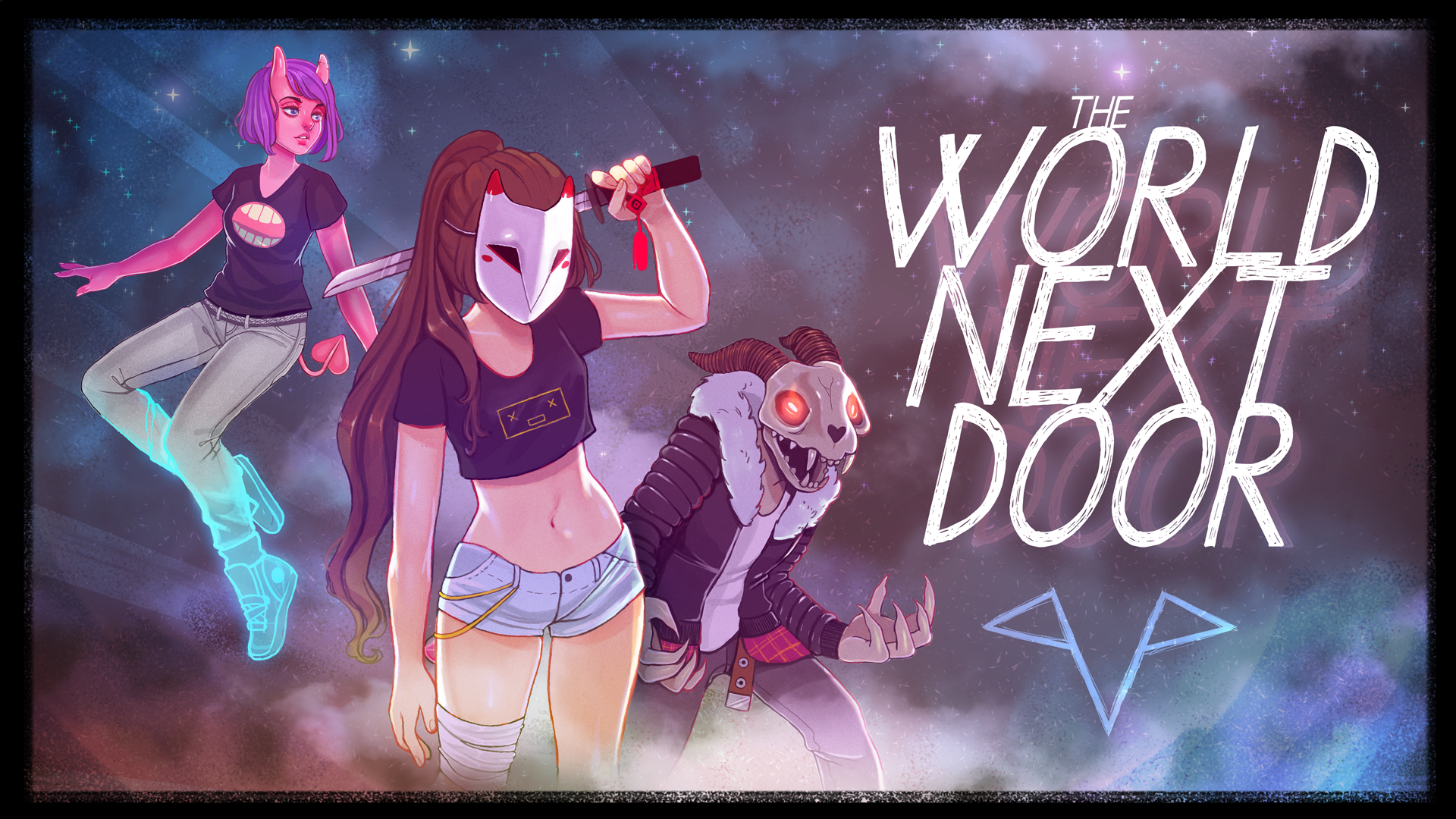