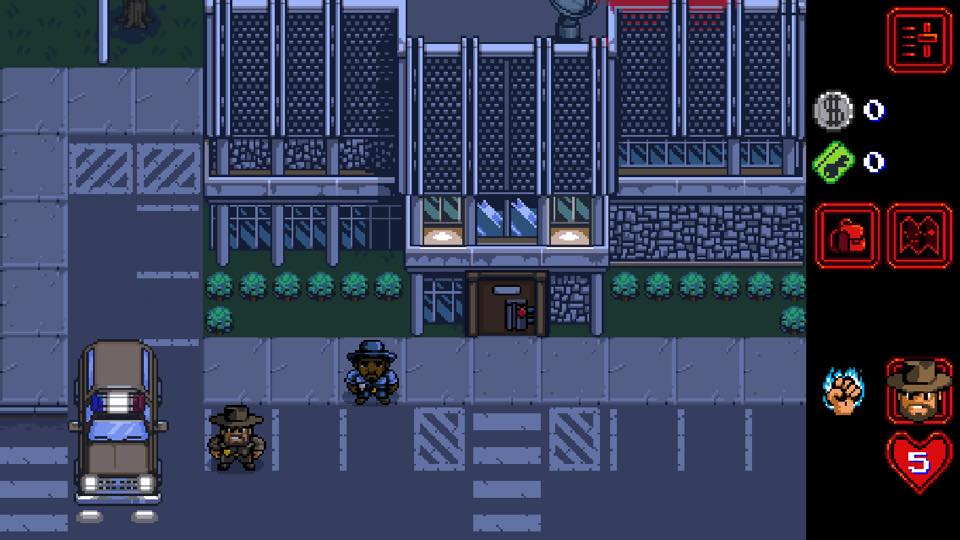 Remember back in 2015 when Kung Fury: Street Rage was released as a way to promote the short film by recreating an 80’s video game? Netflix went ahead and did the same thing with Stranger Things: The Game (only with a lot more effort).

To promote the upcoming Season 2 of Stranger Things, Netflix has teamed up with BonusXP to present a video game adventure. This is not only a treat for fans of the show but also tribute to the Third-Generation of gaming (aka the 8-Bit era).

The game start with Sheriff Jim Hopper having to make his way through Hawkins to rescue Will Byers and his friends. When players rescue one of the characters, they now join the party and their special ability could be used to overcome challenges. Players will get the chance to explore many locations from the show like the Hawkins National Laboratory and the Upside Down world.

Stranger Things: The Game is basically a dungeon crawl only the setting of a dungeons labyrinth has been replaced with a 1980’s research facility. The game has two modes, the casual Normal along with the more challenging Classic (because Netflix paid attention to all those cry babies who compared Cuphead to Dark Souls). Controls are easy as player will have to tap the screen to move and tap on an enemy to attack.

The game really taps into the players nostalgia of the 8-bit era of gaming with the graphics and the shows theme song being remade in a chip tune style. From the gameplay setup to all the puzzles and boss fights, it really dose feel like an NES game. Even how the game story is structured is a true testament to the Disney games of the era.

Granted that old school games have become popular and many developers are trying to recreate the magic of Third and Fourth Generation era (think Cuphead and BroForce). So one has to also admire how the developer were not too dependent on the players nostalgia and instead put a lot of effort into making a solid game.

I will also admit that I was surprised at how well developed this game was. At best, I was expecting a mediocre tie-in game that was only worth a few minutes of fun. Instead, I got a game that is one of the best media tie-in and for the mobile device.

Stranger Things: The Game is a treat for both fans of the series along with old school gamers who enjoy reliving their childhood on the go. It dose a solid job at capturing the essence of a title from the Third-Generation of gaming.

Disclaimer: I just downloaded this game in the App store.