SpongeBob SquarePants: Battle for Bikini Bottom Rehydrated takes gamers back to when the series was at the height of its popularity.

Are you Ready, Kids?

The early 2000’s were truly a great time to be in high school. The weekends were spent at Counter-Stirke LAN parties, PlayStation 2 was your console of choice, Toonami rocked and SpongeBob SquarePants was hilariously dumb to watch. Battle for Bikini Bottom Rehydrated is a reminder of those good ole days.

SpongeBob SquarePants: Battle for Bikini Bottom Rehydrated is a nostalgic trip that takes gamers back to when the series was at the height of its popularity. The game is a treat for those who grew up during the Sixth-Generation era. It’s also way to introduce younger SpongeBob fans to one of the best video game adaptations of the show.

Overall, Rehydrated does a great job at appealing to everyone.

Who Lives in a Pineapple Under the Sea

A quick recap of the story for those who never played the original (or watched the series). Plankton creates an army of robots in his plot to steal the Krabby Patty formula. However he accidentally set their operating program to “Don’t Obey”. As a result the robots begin to wreck havoc on Bikini Bottom. It’s up to SpongeBob, Patrick and Sandy to save the day.

SpongeBob SquarePants: Battle for Bikini Bottom Rehydrated is a 3D platformer that requires players to collect a number of items while also solving a series of puzzles. Players will take on the role of either SpongeBob, Patrick Star or Sandy Cheeks (depends on which one is best for level). Along the way, they will interact or help other chracters from the show.

From the start, you will be greeted by the shows opening song. The first thing fans will notice and appreciate is the visual upgrade (giving it a crisp look while keeping the cartoonish look). Players will get to explore most of the games recreations of Bikini Bottom, just like the show. It has plenty of fan service and nods to popular SpongeBob memes.

As an added treat for the fans, Rehydrated includes plenty of content that was cut from the original game. Thus giving players more reasons to explore all of Bikini Bottom.

Nautical Nonsense be Something you Wish

Rehydrated is a solid overhaul of the overall game but it’s also obvious that not all aspects of the game has aged well. This is more to do with some of the gameplay choices along with the level designs. The camera angel is at times annoying while out of focus during the worst moments possible.

The voice acting has some issues when it comes to replacements for the original cast. Not all the cast members were involved in the game and it looks like that was not changed. While some gave a solid performance in replicating the original voice actor (such as Joe Whyte as Mermaid Man). Others were not so solid in their work (this time Whyte as Mr. Krabs). It’s shame that was not corrected for Rehydrated.

I will note that the outdated gameplay aspects might only be a deal breaker to those who weren’t raised with a PlayStation 2. Also most of us have accepted that not all voice performers do return for the game. Despite its minor shortcomings, I do encourage all fans of the series to give Rehydrated a chance. This is truly a game made for them.

Drop on the Deck and Flop Like a Fish!

SpongeBob SquarePants: Battle for Bikini Bottom Rehydrated is an experience that respects the passion of the fandom. It takes old school gamers on a trip down memory lane while also introducing a new generation to one of the best video game adaptations of the series. 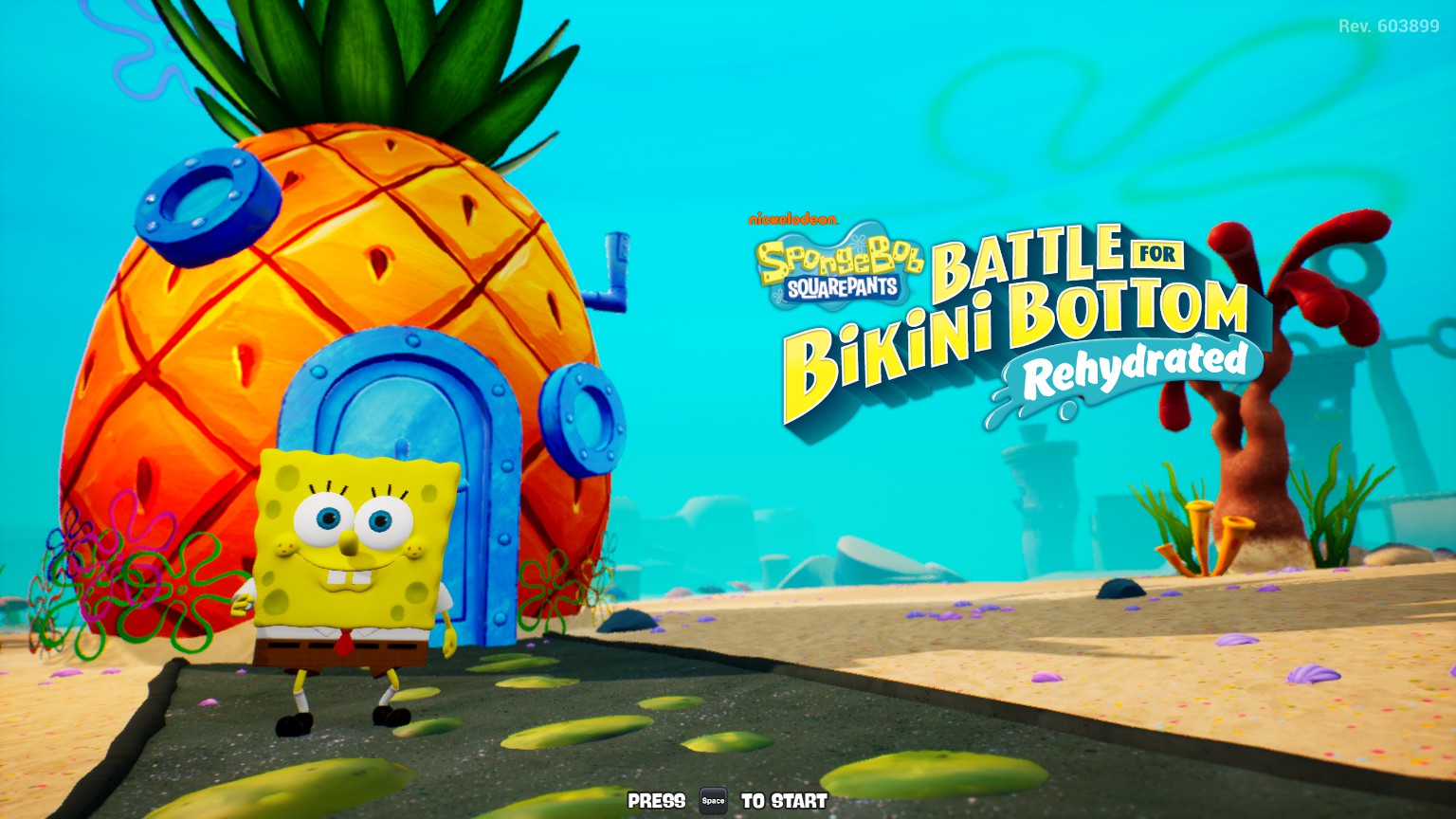