Run Godzilla looks like a unique experience but it doesn’t take long to realize that it’s a low effort mobile game.

Have you ever wanted to raise your own kaiju just to race others? If so then Run Godzilla is a mobile game that will get your attention. It’s a simple but also unique concept that will appeal to fans of the iconic series. Or it should have been had it hit all the right marks. Instead, it gets your attention but does the bare minimum while doing little to keep you wanting to comeback.

It’s obvious that Toho Studios wants to bring the King of the Monsters to the video game world. However; they are whiling to do anything except put the effort to make a Destroy All Monsters Melee quality game. Run Godzilla is proof of that.

The game is set in a world where humans worship kaiju’s. The gameplay is as simple as the concept. Players get to raise their own kaiju then race them. Raising your kaiju requires players to acquire diamond to purchases worshipers. Once the kaiju is strong, it can race others to acquire new skills. Visually, its minimalist visual style keeps it simple but also appealing to the eyes.

Run Godzilla has a novel idea but it loses its appeal very quickly. Mostly because there really isn’t much to the game except for waiting and racing. There really isn’t any variety to the tracks (beyond a movie poster). The selection of kaiju’s is limted to the core group (as in Godzilla, Rodan, Mothra and King Ghidorah). It also becomes obvious that you really need to pay to actually get an edge in the race by buying diamonds with real cash.

Not helping is that the game is very buggy and prone to crashes, even though this is not a hardware demanding game. I could play PUBG or Pokemon Go for hours with no problem. Run Godzilla seems to crash a lot after 15 to 20min of playtime. Not a problem that one should encounter with such a simple game.

A Game Not For a King

From being fun to just being fan service, the game fails to hit all the marks. At best it gets your attention but it will lose it in no time. Even if you’re a devoted fan of the King of the Monsters, this is a game one should really skip.

Run Godzilla looks like a unique experience but it doesn’t take long to realize that it’s a low effort mobile game. It’s visual aesthetics and Godzilla content will get ones attention but it won’t take long to lose interest. Be it the lack of fun or that it’s consistently crashing.

Disclaimer: This is a free to play game and I got no extra bonuses from the publisher or developer. 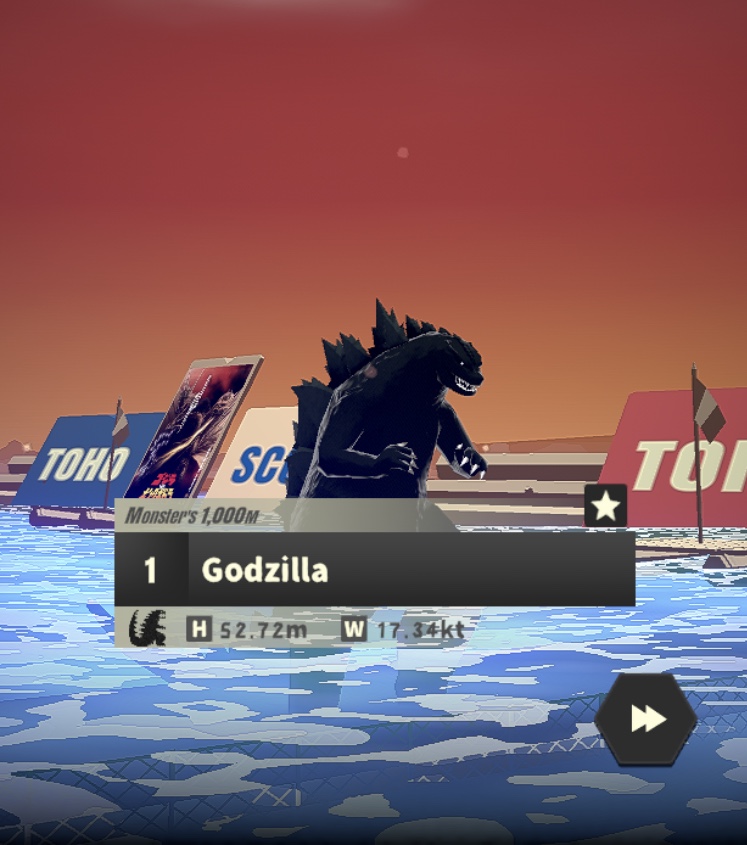