Fans are use to having to wait a long time for a new season of Rick and Morty because it has been worth it and Season 4 is no exception.

Season 4 of Rick and Morty follows in the footsteps of last season of being a series that is complex and philosophically layered. The story picks up with the family back together (to the dismay of Rick) while our titular heroes embark on a verity of adventures. This season also acknowledges some of the issues regarding its popularity, its fandom and pop-culture overall.

Season 4 had some of the best episodes of the series and so I want to look back on what made some so memorable. Unlike last season, there was not an episode I hated. Instead there are a few that stood out the most.

Edge of Tomorty: Rick Die Rickpeat is both a nod to some of the great works of Japanese sci-fi (All You Need is Kill and Akira) along with a jab at the apolitical voices fans of pop-culture. Morty becomes addicted to death crystals and attempts to choose a life path that ends with him together with Jessica. Rick is killed because of Morty and his consciousness is restored to clones located in fascist alternative universes. The biggest take away is the critic of apolitical fans (aka “keep politics out”) who are oblivious to the shows politics themes from Season 1 or refuse to have their world views challenged.

One Crew over the Crewcoo’s Morty is a deconstruction and critic of the modern heist genre. Rick builds a robot and assembles a crew to humiliate a professional thief. The plan backfires when the robot goes rouge, forcing them to assemble a new crew (made up of Mr. Poopybutthole and Elon Tusk). As someone who is not a fan of the genre, this episode hit all the right notes when it comes to why I’m not a fan. One also has to admire Elon Musk being a guest star just to have a few jabs made at him.

Star Mort Rickturn of the Jerri is the season final and it ends with a bang. We learn that Rick did clone Beth and one of them got to live the dream of fighting the Galactic Federation. After one mission, Space Beth returns to Earth to confront Rick after discovering a small bomb in her neck. This results in Tammy and Phoenix Person also coming to Earth. Without giving too much away, the season ends with Rick having to confront his role with the family.

This was a solid episode as it allowed Rick to confront his mortality and family problems. At the same time, every character had the chance to shine (even Jerry). We also got to see the return of Tammy and Phoenix Person.

Even though Star Mort Rickturn of the Jerri was the perfect season finale, I have some mixed feelings regarding the ending. At best, I could call is a “sort of cliffhanger” as all lose ends are tied. However, Rick has strained his relationship with Beth. He is left thinking over his actions and what kind of person he is. While it’s sort of cliffhanger ending, it’s still a cliffhanger.

I Was Not in Control

Season 4 of Rick and Morty has it’s fair share of issues. Most notable is the sort of cliffhanger ending the few episodes that dedicate a sup-plot to Jerry (which added nothing of value).

When it comes to what I didn’t like about Season 4, it’s not so much a single episode as a whole but ones that had a small segment dedicated to Jerry. Let’s be honest, fans share the same feelings about Jerry that Rick has. These segments did not help to make Jerry likable. While it’s great that no entire episode was wasted on his mediocre struggles, the segments dedicated to him are skippable.

Fans are use to having to wait a long time for a new season of Rick and Morty because it has been worth it and Season 4 is no exception. No episode was wasted while making numerous critics of pop-culture and then ending on a bang. Plus no one could overlook the stellar performance of Elon Musk.

Now its all about suffering through the worst part about Season 4, the long wait till Season 5. 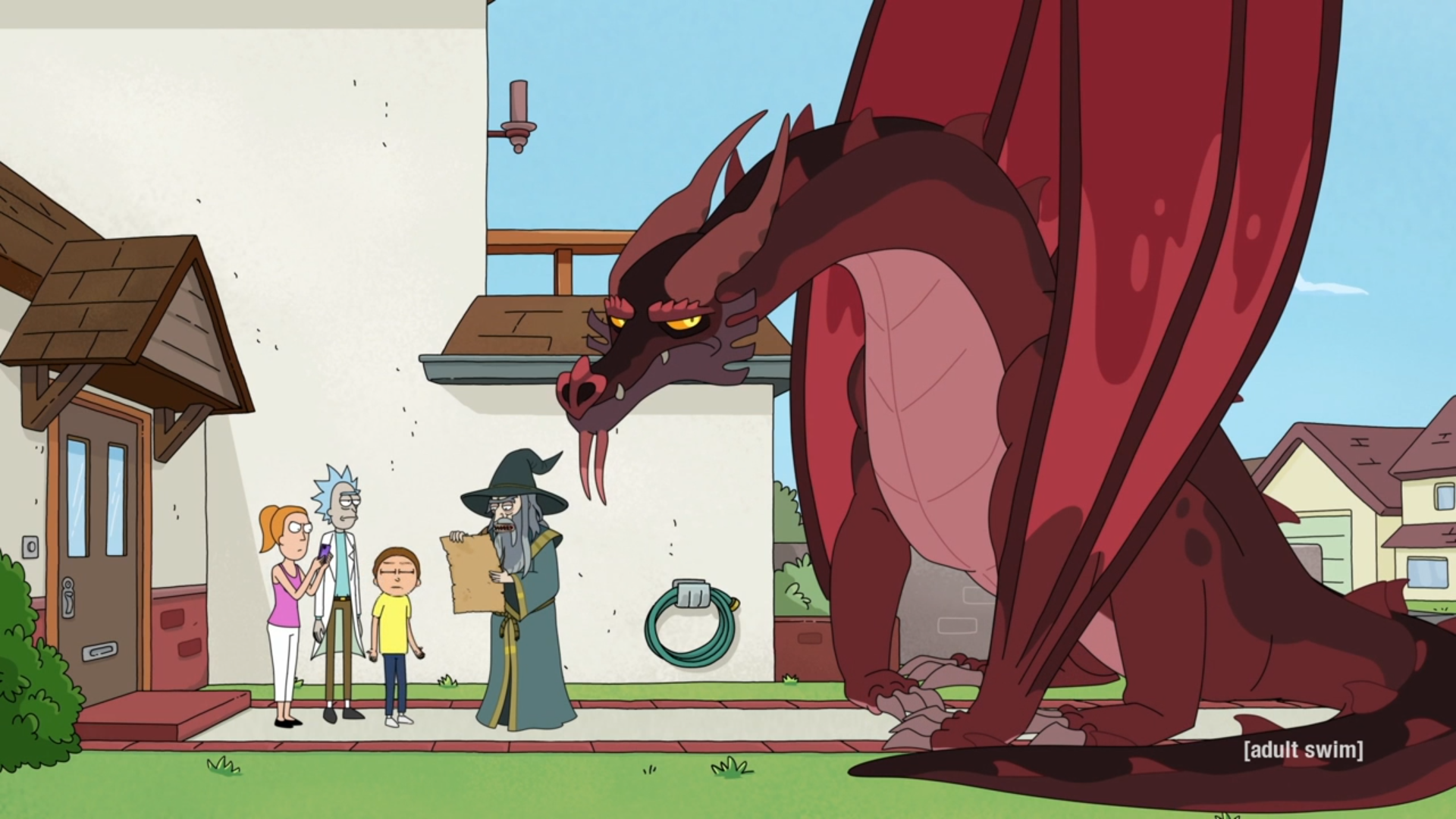