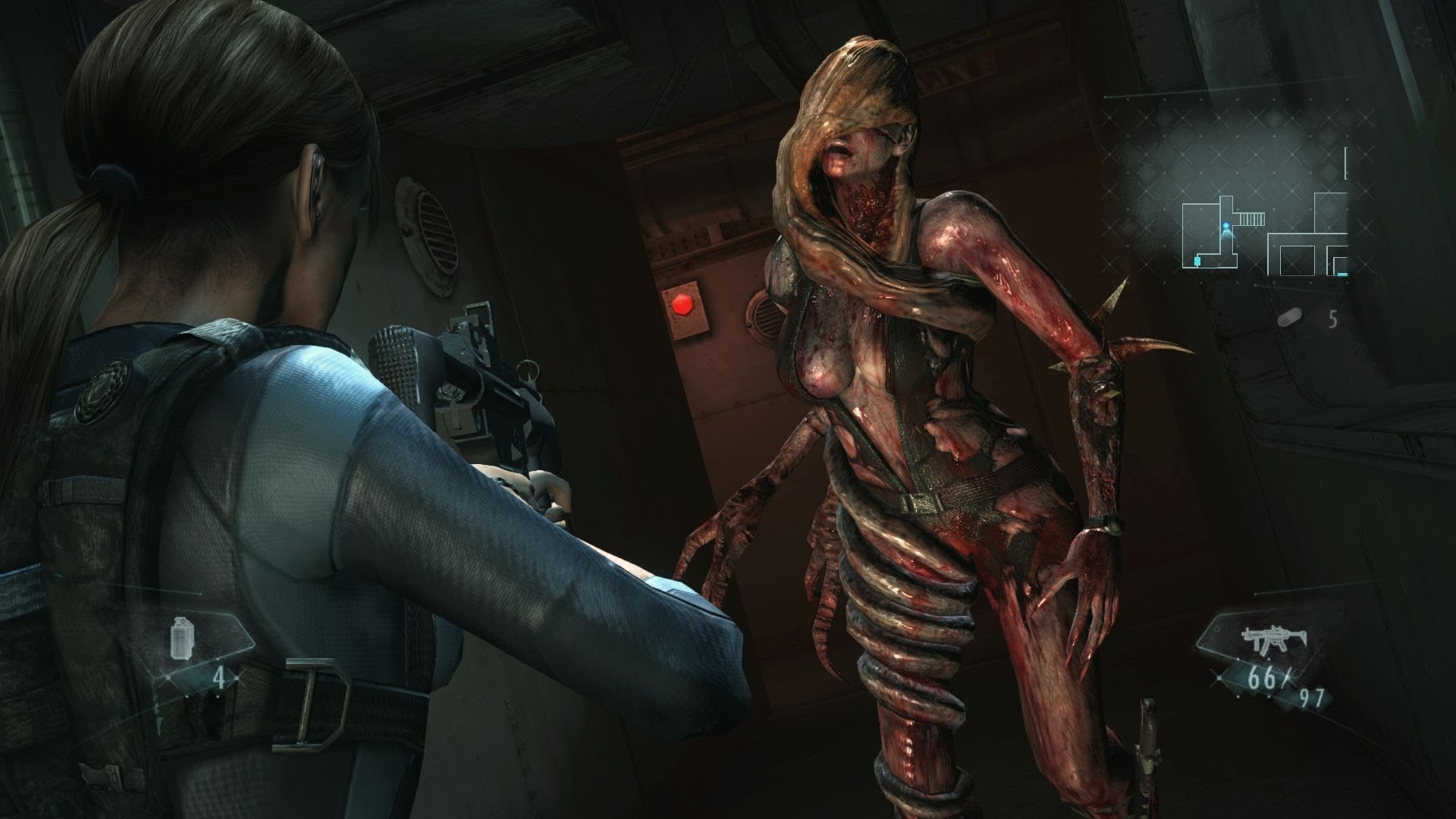 Resident Evil: Revelations not only brings back the series two main protagonists but it also returns the game to its horror survival roots. Originally released for the Nintendo 3DS back in January 2012, it has been upgraded and ported to all major consoles.

Set between the events of Resident Evil 4 and Resident Evil 5; bioterrorism has become a major global issue following the downfall of Umbrella. In response to this new global threat, the Bioterrorism Security Assessment Alliance (BSAA) with the Federal Bioterrorism Commission (FBC) are established.

While investigating the actions of a bioterrorist group, Chris Redfield has gone missing with his last location being the abandon SS Queen Zenobia. In response, Jill Valentine along with Parker Luciani are sent to investigate the horrors of the Queen Zenobia, stop the terrorists and save Chris.

Resident Evil: Revelations has a gameplay structure that kept the best elements of Resident Evil 4 while reintroduced content from the classic games. Players will explore the SS Queen Zenobia while fighting mutants using a verity of weapons and tactics. The plot will jump between Jill Valentine and Parker Luciani story along with the story of Chris Redfield and Jessica Sherawat.

New to the series will be the Genesis bio-scanner that allows players to find items and hidden secrets. The currency system has been removed in favor of having to find weapons and upgrades just like in the original games.

Unlike previous games, Resident Evil: Revelations has abandoned zombies in favor of a new kind of mutation that is based on an aquatic theme and feature vampire like traits. The Ooze creatures may have the “zombie” characteristics but they are a different type of mutation. Given how the zombie genre has been milked to death, its a relief that the most iconic horror titles could successfully offer a new kind of terror.

While Revelations is a much better game then Resident Evil 6, it dose have fair number of flaws. The obvious being the laughable plot of terrorists using a zombie virus. As with previous games, it really lacks the horror element while having a fear factor that is the equivalent to a Twilight-film.

Despite this shortcoming, Revelations does a great job of moving from a handheld system to a game console.

Resident Evil: Revelations is an attempt to take the series back to its horror roots while in the context of its current story setting. While it succeeds in returning to the games horror roots, the series is obviously in need of a clean slate.