Pokemon Quest is a unique entry into the series thanks to its design but the wow factor is lost due to a lack of player interaction. 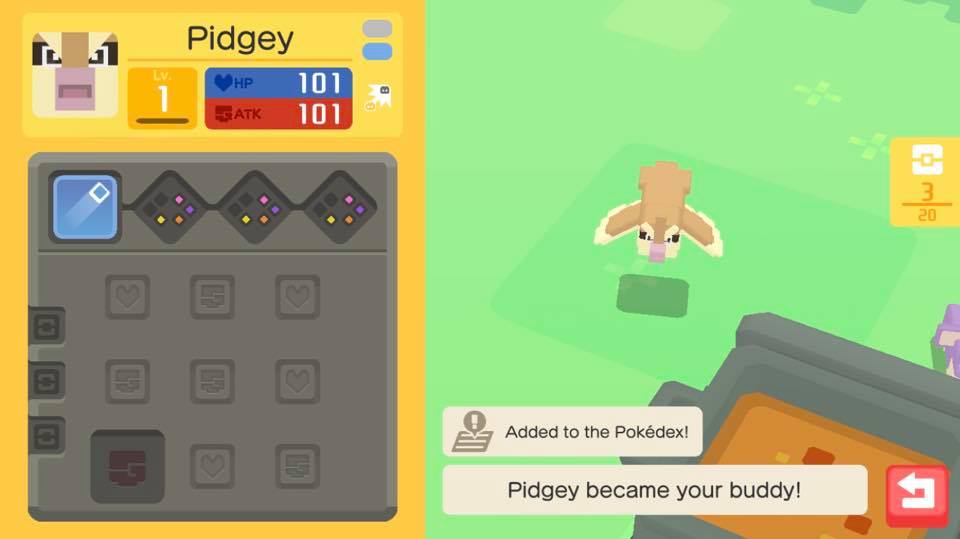 Following the success of Pokemon Go back in 2016, Nintendo has been more open with bringing their iconic franchises to the mobile market. The latest attempt by Nintendo is the mobile port of Pokemon Quest.

Already a hit on the Nintendo Switch, Pokemon Quest is a unique take on the series while preserving everything fans like. The game focus on the player arriving to Tumblecube Island with the goal of exploring and studying the Pokemon. To achieve this goal, players must catch Pokemon and clear regions of the island.

I’m saying this with a straight face when I describe Pokemon Quest as “Broforce with Pokemon”. Basically you go to a section of the island and “explore” it (with the world explore being defined as having your Pokemon beat the ever loving crap out of every wild Pokemon encountered). That is basically the overall experiences of the game, just go around an area and fight Pokemon.

The first thing fans will take a liking to is the voxel-style design of the game as it makes the experiences unique. Seeing your favorite Pokemon in a Minecraft world is actually interesting and a motivation to wanna explore the entire island. The controls and mechanics are simple to work with while there is a home base that allows players to catch attract new Pokemon.

Even though this is a free game and there are microtransactions, players will hardly notice and the game isn’t trying to push it. This is something I truly have to give Pokemon Quest credit for as pushing microtransactions always hampers the gaming immersion .

In regards to how fun Pokemon Quest actually is, that would be an interesting debate one is going to have with themselves. On one had, it’s fun to watch block shaped Pokemon wondering across the map and fighting other Pokemon. However it gets boring after a while as players really don’t have to do much in terms of actual playing.

Basically, this is a game you could defiantly beat if your mind is on autopilot. One is better off just watching the anime series on Netflix or Hulu.

It’s also one of those projects that makes fans ask “why couldn’t you just do what we want”. In this case – instead of putting so much resources into this game, why couldn’t they just port Pokemon: Red and Blue to the mobile device. Pokemon Quest is an ok game but a mobile port of the original game (or the GameBoy Advance remake) would have been better.

Pokemon Quest is a unique entry into the series thanks to its design and function but the wow factor is lost really quick due to a lack of player interaction. Seriously Nintendo, just remake Pokemon: Red and Blue for the mobile device then charge me $30 at the App store.

Disclaimer: This is a free to play game and I received no special bonus from the developers.