Metal Gear Survive is less of a game and more of an over priced freemuim title that attempts to sully the legacy of an iconic series. 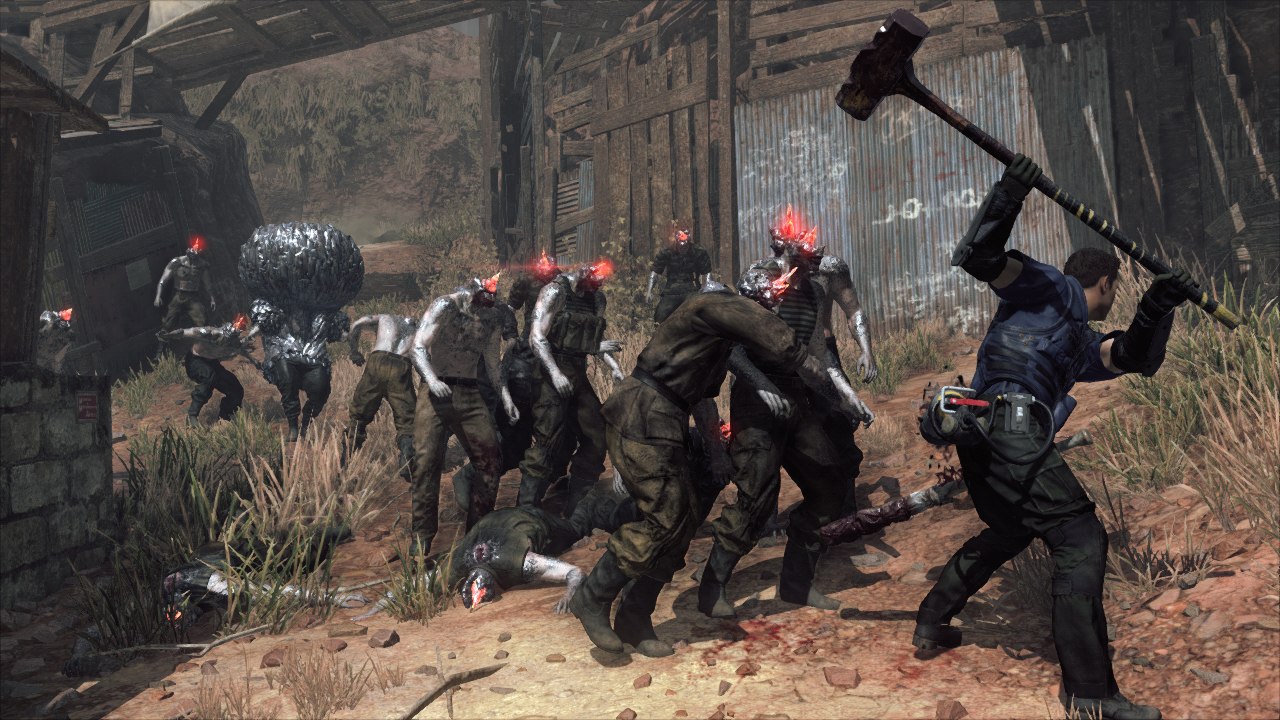 The infamous Konami / Kojima dispute may have been a few years ago but fans are still resentful while the industry for the most part has declared the once iconic studio the status of “persona non grata“. One would think that Konami would use Metal Gear Survive as an opportunity to rebuild its reputation with the world. Instead they are doing the opposite.

Metal Gear Survive is less of a game and more of a cheap cash grab and an attempt to shit all over Hideo Kojima’s legacy. This title basically took everything that would upset players and put it in the finished game. In doing so has only given fans more of a reason to keep their grudge while the industry renews their status of “persona non grata“.

The premise is that during the attack on Mother Base during the end of Ground Zeroes, a wormhole opens transporting the player and most the base to another world. This other world is baron waste land populated by zombies and other mutants. Players need to work as a team to over the games many challenges and protect themselves from the horrors of this new world.

Lets be honest; 0 effort was put into making Metal Gear Survive (hence I’m going to do the bare minimum for this review). Konami simply took a great brand then added zombies (a genre that has lost its spark) and stuffed it with microtransactions. The overall world is basically sections from The Phantom Pain redesigned in the most laziest way possible just to look somewhat new. The gameplay is just the same from Metal Gear Online 3 with some tweeks to accommodate the co-op experience.

Some could forgive the laziness but any hopes of building a solid fan base will be crushed with its pay-to-win system. For a $40 game, it really feels like a freemuim titles with all the unnecessary microtransactions. As with freemuim title, playing for the gimmicks is not required but the game dose pressure players. Also player will need to pay $10 for an extra save slot (those stories are true).

If you’re a fan of the Metal Gear series, be a true loyal fan and don’t wast your time with this experience. If you’re a fan of horror games, don’t bother wasting your time with this cheap cash grab because it’s not a real zombie game. Konami has given gamers no reason to invest their time in this experience and its guaranteed the player base will dwindle by next month.

In the end, all Konami has done is drop a gallon of napalm on the ashes of the bridge they burned back in 2015.

It’s a shame that Konami continues to act in such a petty manner towards their fans and the legacy of an industry icon. Metal Gear Survive is an insult to the iconic series but gamers could take comfort in knowing that Death Stranding will be an amazing title when it’s released.

Disclaimer: The game used for this review was purchased by a friend at GameStop. My friend regrets his decision.