Halloween is basically trying to do what Scream did in the 90’s and reinvent the Slasher genre.

The Night he Came Home (Again)

For most of his career, John Carpenter has been a director who either redefined horror or was always ahead of everyone else. Yet no film has best cemented this legacy then when he redefined the horror genre with Halloween back in 1978. Since then the film has had numerous sequels, series reboots and a remake.

Halloween attempts to reboot the series once again by ignoring all previous follow ups while reuniting Jamie Lee Curtis and Nick Castle. With traditional horror films making a comeback, the film is facing an uphill battle due to its long history and numerous remakes and reboots.

Taking place 40 years after the events of the first film (while retconning all the other films for better or worse), Michael Myers has been locked up at the Smith’s Grove Sanitarium while Laurie Strode has been living with PTSD while preparing herself for his return. While being transported to a maximum security prison on Halloween, Myers escapes and once again begins a reign of terror in the town of Haddonfield. Law Enforcement is in a race to capture him before the bodies start pilling up while Strode tries to gather her family and peeper them for one last stand. 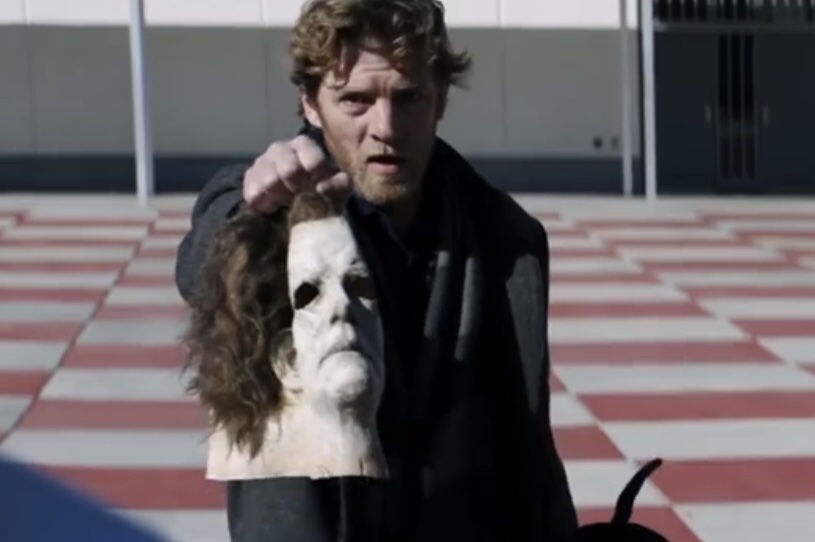 From the start, the biggest issue any horror fan is going to have with the reboot is that Michael Myers and Laurie Strode are no longer siblings. Removing this element of pop-culture would be the equivalent to Disney erasing the family connection between Luke Skywalker and Darth Vader. Despite this blasphemous change that has defined the series, the overall movie has the style and pacing of the original Halloween.

At first glance, there is plenty of reasons to be hesitant about wanting to watch Halloween. There was already a reboot and remake (started solid but the follow up tanked) plus they retconned a classic plot point. Yet it still feels like a true film with its pacing and tone of the story. The story flows like the original film while a new cinematographic style and a diverse camera angles for each kill gives it the feel of a modern slasher.

Even though the film has retconned past film, it has a fair share of Easter Eggs that pays homage to the previous films. From obvious screens and kills to much hidden nods, a true Halloween will be able to spot them easily. Plus you gotta love the moments when Jamie Lee Curtis has Lauri Strode embrace her inner Ellen Ripley. The film also ends on a perfect note that gives closure but also the possibility of a sequel or spin-off (but hopefully no sequel is green-lite).

Overall, Halloween is basically trying to do what Scream did in the 90’s and reinvent the Slasher genre. While it’s hard to say if there will be a Renaissance for the slasher genre, the creative team have done a solid for horror fans by making a reboot that respects the original film.

Halloween is a mix of traditional slasher film elements with more modern cinematography techniques that bring closure to a horror icon. Despite removing a story elements that has been engraved in pop-culture, it is a solid slasher film that horror fans will enjoy.

Disclaimer: I bought my ticket and saw the movie with a friend.