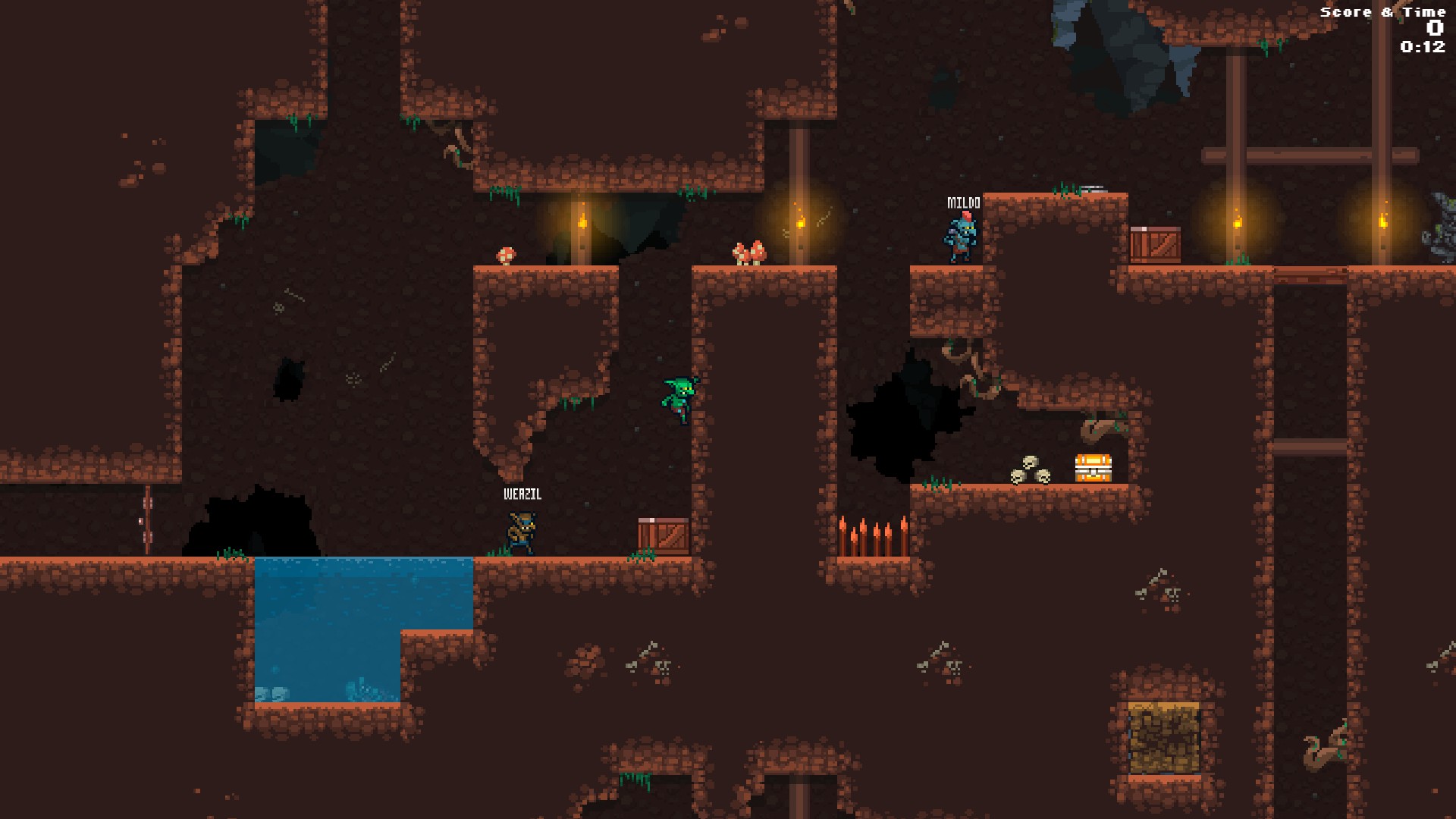 Gamers who enjoy fantasy titles but are looking for a break from the cliche dungeon crawlers will find Goblins and Grottos an amusing adventure. This is the classic fantasy adventure told in reverse from the preservative of a simple gobblin.

While most fantasy and dungeon crawlers focuses on a knight or wizard battling evil forces while collecting new gears, Goblins and Grottos does non of that. Instead players are defenseless and have to use their critical thinking skills to navigate through the area and progress to the next level.

Gamers take on the role of a gobblin who witnesses his family get killed by a Level 100 Paladin who was looking for loot. Vowing to avenge them, the gobblin embarks on a journey to find the Level 100 Paladin. However without any gear or skills, the gobblin must use his wit to navigate the dungeons and caves.

Knowing that the game is a jab at all the tropes seen in other fantasy games, there are plenty of humor for gamers. Fans of titles like The Legend of Zelda, Warcraft, or The Elder Scrolls will feel comfortable with the games style of humor.

Goblins and Grottos may have the tone of a fantasy adventure but the game is more of a platform adventure with a series of puzzles. To overcome each setting, players must solve a verity of puzzles while avoiding the hidden traps. Gamers must also avoid hurting other gobblins and friendly mythical creatures.

Overall this a unique fantasy adventure that tells the classic story in reverse but also pokes jabs at the tropes of the genre. This is a title that gamers who grew up playing Warcraft and The Legend of Zelda will love right away.

For those who are not fans of the fantasy genre may also take a liking to Goblins and Grottos because of its platform gameplay and challenging puzzles.

Goblins and Grottos is both a jab at the tropes seen in fantasy games along with a homage to the many titles of the 8 Bit era that help create the genre.

Disclaimer: Developer provided the game used for this review.