By abandoning most of the cheesy elements and overhauling the gameplay, Earth Defense Force: World Brothers is a fun experience.

Earth Defense Force: World Brothers is one of the most ambitious and radical departures of the series. It completely abandons everything that has defined the series. Gone are the cheesy localization, B-film plot, and the standard gameplay. Instead, players are tossed into a lighthearted conflict against their favorite enemies (that is also more polished than past titles).

As someone who has been a fan of the series since the days of the PS3, I was unsure how I felt about World Brothers. It only took a few minutes to get hooked on this new interpretation of the iconic series. Sure; it’s not the cheesy B-film inspired game, but the voxel art style and the upbeat tone works in its favor.

Welcome to the New Bug War

Set in an alternative world (where everything is made of blocks), the Earth has been attacked by Dark Tyrant. The world has been shattered into pieces and it’s up to the Earth Defense Force to put it together. Players will travel the globe, battle the Invaders and put the world back together. At the same time, they will recruit new soldiers while working to rebuild the earth.

Earth Defense Force: World Brothers brings a new perspective to the classic formula that has defined the series. The story and setting are not cheesy but more cheerfully upbeat. It’s not trying to be serious (with bad acting) but instead it has a more playful demeanor while self-aware. At first glance, such a tone goes against the norm of the series. However, it works well when you factor in the world created by the voxel style art.

Plus; you have to love the games theme song. No matter your mood, it will always cheer you up.

First of all this has to be said, this entry is way too polished to be an Earth Defense Force title. If you have ever played any past titles, you will know how janky they could be. The same could not be said about World Brothers as it’s too polished. No this is not a bad thing just a heads up to those who have become use to the series jank.

Earth Defense Force: World Brothers presents another massive overhaul of the gameplay. This time it has been designed to be easy to learn while more focused on squad based combat. The change works to its advantage as you could add a variety of soldiers with different skills. At the same time, they will each bring their own personality to the battlefield. You will especially come to enjoy Cowboy Brother and Ninja Brother (Wing Diver also has some good banter). There is some customization but it’s more about organizing the right team.

In regards to the combat, standing still and shooting is an option (so long as you’re is playing in easy mode). Every other difficulty setting will require players to be more active and adapt to the world and situation. If you’ve played any EDF game before, then you know the enemy all too well. The worlds are the right size of being big but not stupidly massive while also well detailed. Players will be able to use the environment to their advantage or just blow stuff up.

Earth Defense Force: World Brothers is a radical departure that also avoids most of the issues that plagued past titles. However, it does have a fair number of issues that can’t be overlooked. Mostly the terrible vehicle controls along with the lack of diversity in the characters weapons and skills.

While most of the combat and characters function flawless, controlling a vehicle does not share the same quality. While past titles have had their shortcomings, this entry probably has the biggest downgrade in vehicle function. The game has a lot of interesting character with their own personality, but that variety is lost regarding skills. Most of them will have the same skills and ability while access to a limited rooster of weapons (based on their class). Honestly, I’m not really encouraged to play with the other characters in the game.

Earth Defense Force 5 was more of the same classic cheese, Iron Rain attempts to go for a more serious look, World Brothers just wants to be a fun game. This is not the same game one has come to love but it’s still a fun experience in its own right. For those new to the series, I would not suggest it as a starting point or an introduction but I would highly recommend it just because it’s fun to play.

By abandoning most of the cheesy elements and overhauling the gameplay, Earth Defense Force: World Brothers is a fun experience in its own right. The action is non-stop while the setting is welcoming to all players and the humor is a mix of the classic with some self-aware commentary. 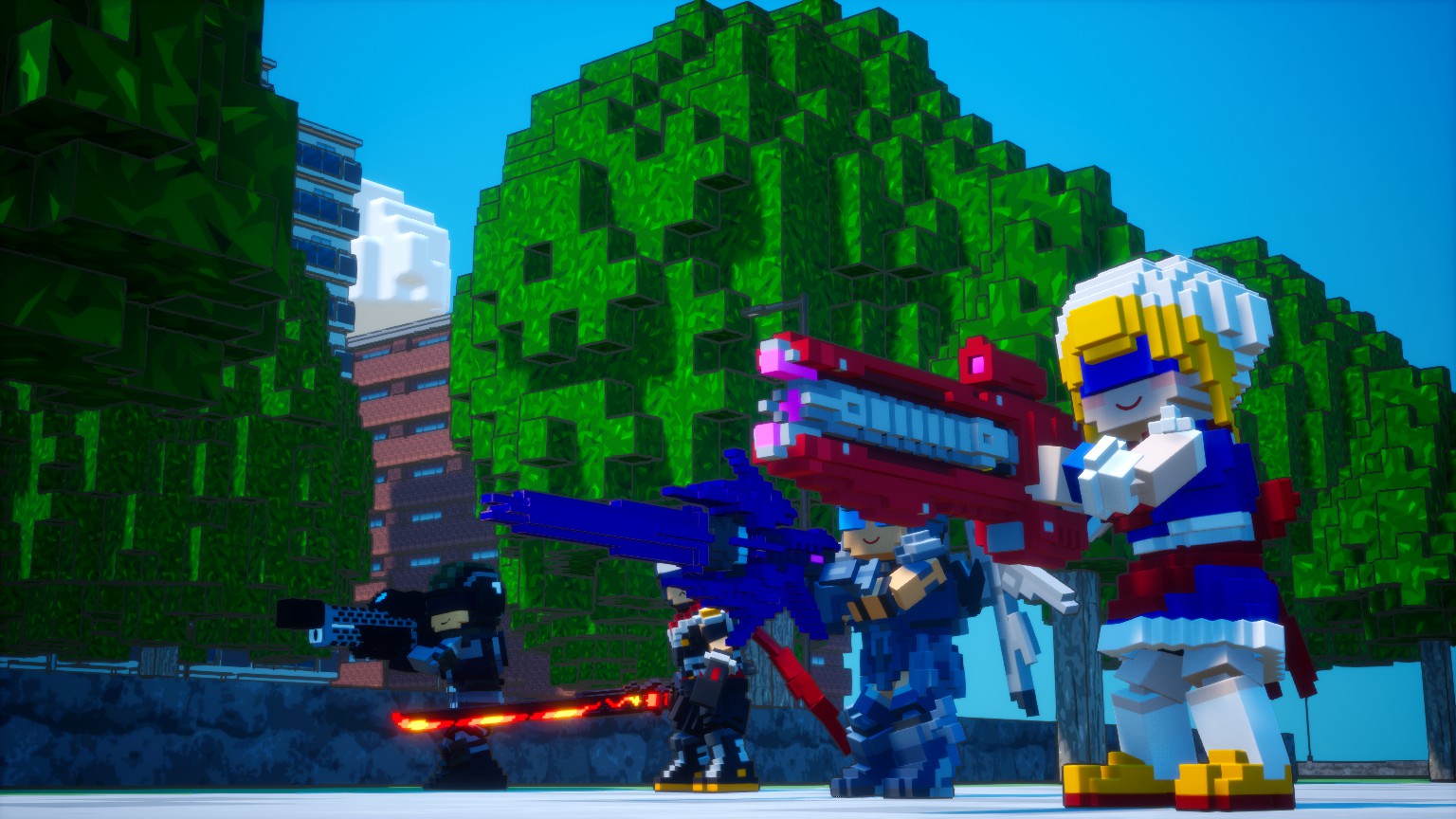