Double Kick Heroes has players fighting to survive the apocalypse with the power of rock by combing two classic genres.

Rocking Out During the Apocalypse

Double Kick Heroes is a side scrolling shooter that follows a group fighting to survive the apocalypse. But there is a minor twist, you fight to survive with the power of rock (insert guitar solo noise). This is a game that combines a classic genre (side scrolling shooter) with one that has been long milked to death (music rhythm). The result is actually a game worth playing for fans of both genres.

Kinda of like the Revolution X (the classic arcade shooter with Aerosmith), this is a game that has players survive a dystopian world using the power of music. While the former was a simple shooter, Double Kick Heroes puts your skills to the test. Yet it also wants to show its love for music.

Double Kick Heroes has players take on the role of the titular band as they travel across the post-apocalyptic America. Along the way, the must fight waves of zombies, mutants and bosses. Thankfully they get help form other survivors and rock legends who have created their own settlements.

The gameplay is a mix of a 2D side scrolling shooter with a music rhythm that is very easy to learn. Be aware. the game will start easy but gets challenging after the third stage. In no time, you will need to find a mental balance between timing your beats and being aware of your surroundings. Boss fights will but this mental balance to the test and it will be a memorable battle.

A game about surviving the apocalypse with rock is nothing without a killer soundtrack. Besides the games original music, the killer sound track also includes licensed songs by major artists.

Finally one has to admire the many nods to rock culture, be it a parody of a musician or homages to a classic films. Since music is the games overall theme, it should have been expect4ed to encounter characters based on music icons. There also many references to classic rock films like This Is Spinal Tap and Wayne’s World. Plus, one could also sense a tribute to Revolution X.

While the concept is creative, Double Kick Heroes, I will admit more could have been done to enhance the gameplay. That however, is not a real issue with the overall experience. The games real problems come from most of the additional combat mechanics being open later in the game. Along with how most of the unlockabale content feels like a chore along with playing with a mouse and keyboard.

I find it real annoying when it takes sometime for the game to give you access to a gameplay mechanic. Some of the combat and gameplay mechanics don’t become available until later on in the game. I understand this thinking in regards to super weapons but not gameplay functions. I will also note that trying to earn the Unlockable content feels more like a chore.

This has to be one of the rare moments were a keyboard and mouse were not the best option to play on PC. It’s not a chore but I felt more comfortable and more on top of my game using a controller rather than a keyboard.

Partying Out Till The End

Overall, this is a game anyone who was in band or grew up as a metal head would enjoy. This is all thanks to its soundtrack and overall theme of the experience. It’s a game from a genre that had been milked to death but this new twist and setting makes it enjoyable (even if you never got into Guitar Hero back in the day). 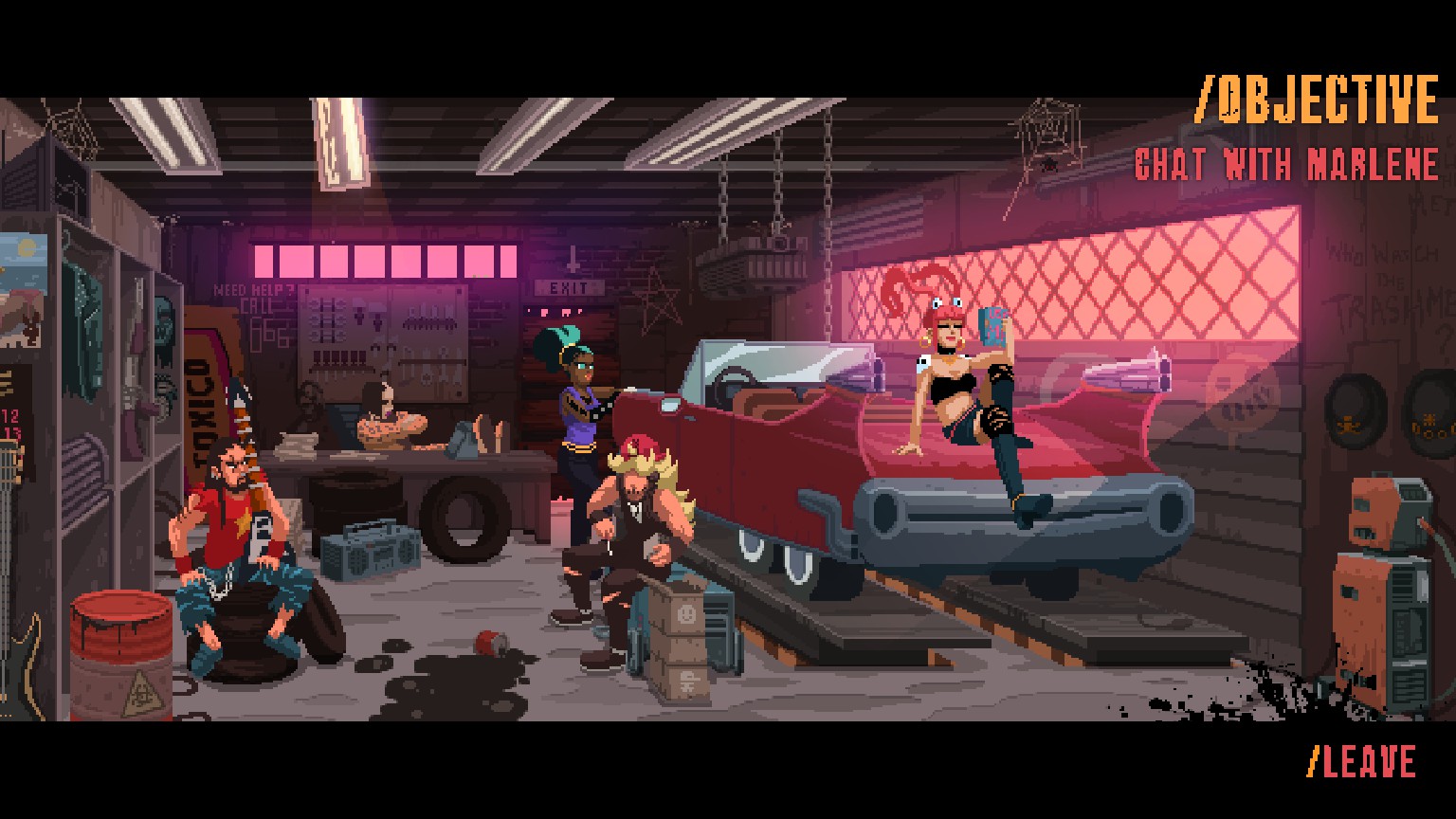