Doom Eternal is basically id Software having to show the gaming industry once again how to make a f***ing shooter.

The reboot was a masterpiece because it kept everything simple. Doom Eternal follows in the footsteps of its predecessor while making some minor changes. The game strikes a balance between keeping to its roots but also trying to improve on it. In doing so, id Software has improved on what was already a gaming masterpiece.

Doom Eternal is a fine example of a modernized titles that knows how to stay connected to its roots.

Several years after the events of the last game, the army of Hell have launched an invasion of Earth. Humanity is on the verge of extinction and all that remains is a small resistance. The Doom Slayer returns with a satellite fortress and a heavy arsenal. He has all but one mission, slaughter every demon. To achieve this goal, he will travel between Earth, Hell and Mars while hunting down the Hell Priests.

To call it a remake of Doom II would be an inaccurate understatement. It’s a sequel to Doom and set on Earth but that is where the similarities end. Doom Eternal is entry that stands out on its own. This entry successfully continues the story of the Doom Slyer while also expanding on the lore established in the reboot.

Doom already had a perfect gameplay. Yet, id Software made some minor tweaks to the action and the simplified RPG mechanics. These minor changes don’t hamper the fast paced action of the overall experience.

Players will still slaughter every demon they encountered while solving puzzles to progress. The game features the standard arsenal of a shotgun, gatling gun along with the iconic chainsaw and the BFG 9000. There isn’t much to say about the gameplay and that is what should be expected. You’re a walking personification of death with a shotgun in one hand and a chainsaw in the other (complemented by a killer soundtrack).

Also two word of advice before you start. First, turn off the tutorial as it just gets in the way. Second, just play on a higher difficulty than your use to as its more fun.

Finally, it’s not a true Doom experience without the a lot of gratuitous violence. The reboot had plenty but Eternal steps it up even more. The glory kills are back but the standard kills are just as bloody. This is truly a work of art that has earned its M for Mature rating.

Sins of the Slayer

The only issue I have with the game is the limited amount of ammo that is available. I admire how the limitation on ammo makes me have to use the many weapons in my arsenal, but it also slows down the action. At times, I’m just running around the area looking for ammo instead of ripping and tearing demons.

That is basically my only issue with the game but it’s not that big of a problem. Trying to find anymore fault would be extreme nitpicking (which is a waste of time that could be used on slaying demons). Doom Eternal is still a classic shooter, it doesn’t need to be deep in story or rich in gameplay. All it has players do is kill an ass load of demons and it does a great job at it.

Doom Eternal is basically id Software having to show the gaming industry once again how to make a f***ing shooter. This is still a simple shooter at its core that will take gamers back to the 90’s while showing a new generation what a real FPS is suppose to feel like.

Disclaimer: I bought this game on the PlayStation Store. 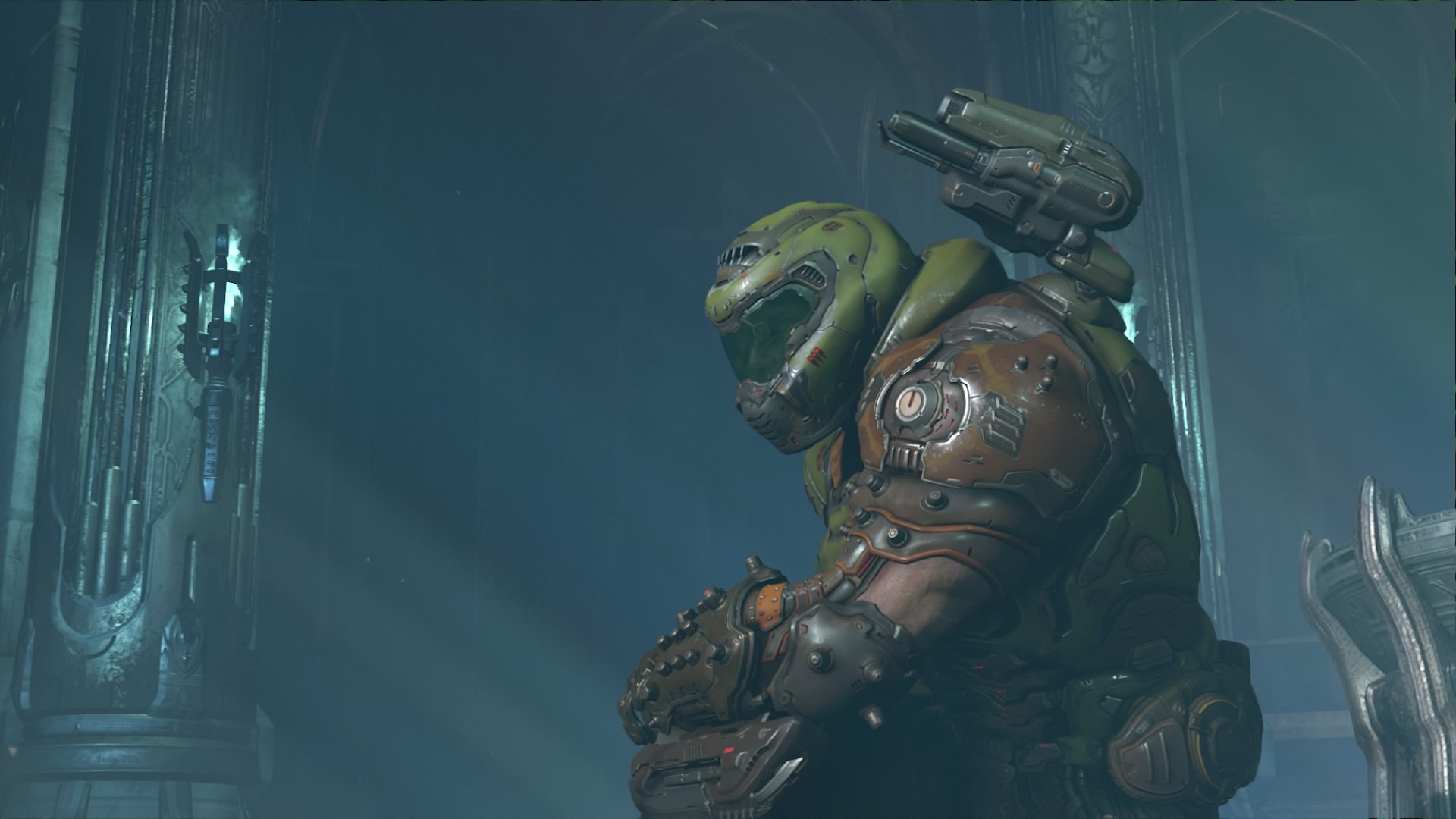