Crush Your Enemies is that special kind of Real Time Strategy that has a simple gameplay setup but still requires players to think critically. 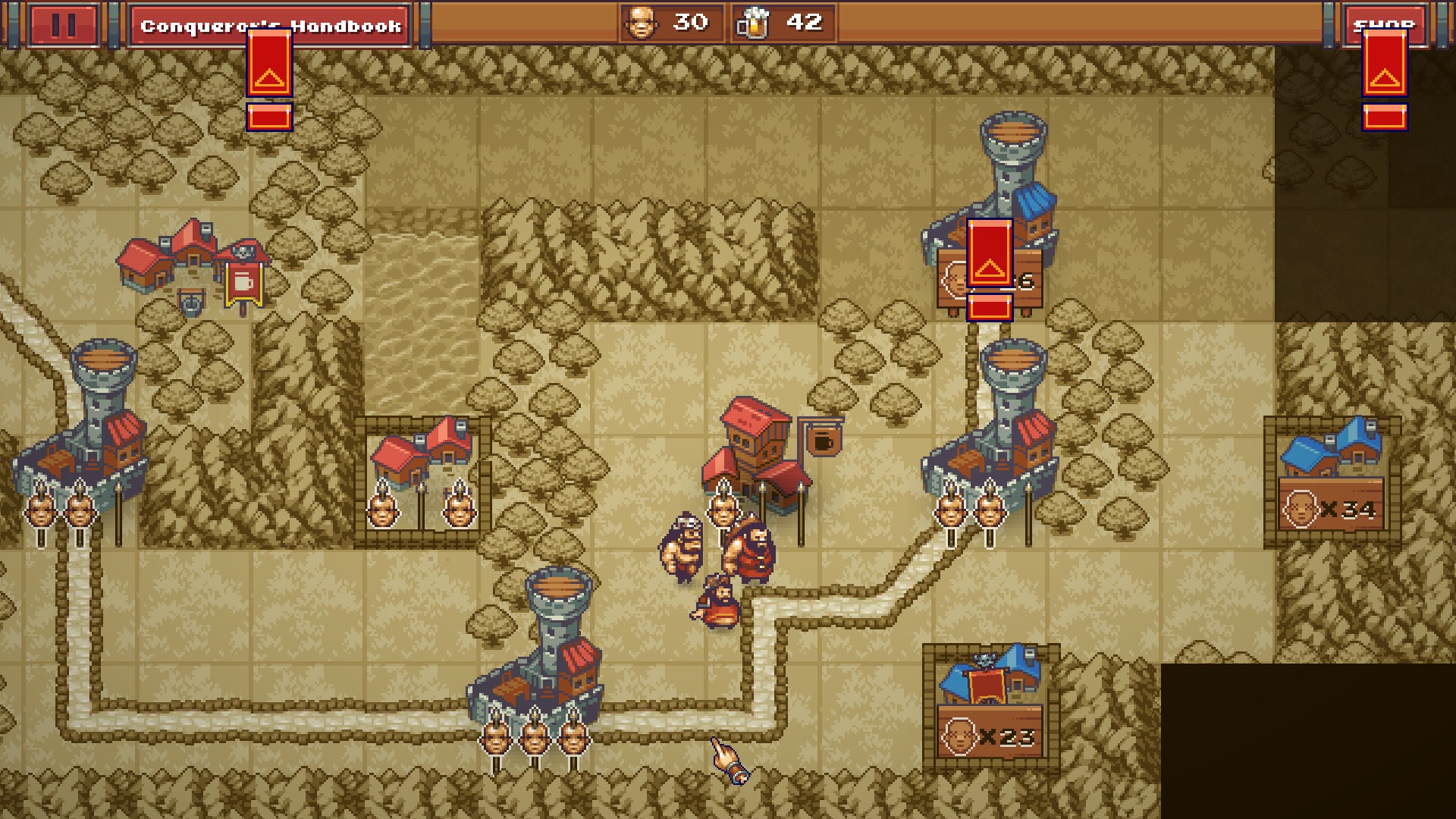 Do you like Warcraft but wish it was simpler without compromising its strategic element? If so then Crush Your Enemies is the perfect title for a clever gamer.

Crush Your Enemies is that special kind of Real Time Strategy that has a simple gameplay setup but still requires players to think critically to overcome the opposing army while using the maps to their advantage.

This tribute to classic games like Warcraft has players take on the role of Brog, a barbarian warlord, as he conquers and pillages the land of Generia. He will travel across the land with his army and laying waste to castle and villages.

After completing Brog’s quest, you can begin the conquest of Fuzgut.

The story may be simple but is driven by a dialogue and music that pays homage to the classics. At the same time it’s also a jab to the troupes of the genre as Brog lives up to the barbarian stereotype we have all seen in moves, literature and games.

The gameplay is very simple, defeat the opposing army using your limited resources. There is no massive base building, armies are raised using a hut then equipped by an armory (if one is available). Players could also use several special trinkets in the battlefield to give them an edge.

The game may look simple and basic but don’t be fooled, clever strategy is the key is the key victory. At its core, this is an RTS game that requires players to know the battlefield and out maneuver their opponent in combat.

The game also includes a multiplayer feature that allows players to either battle their friends or other gamers. The matches can be customized based on the players preferences or style of combat.

With its old school graphics along with a simple to use gameplay, Crush Your Enemies is like having a chess board setup on your computer. The only difference is that this title has a sense of humor along with the setup of an old school game.

Crush Your Enemies is an RTS title that sticks to the basics while presenting players with challenges that will test their leadership skills.