Corpse Party remaster is an experience worth playing for those who are new to the series or fans of the beloved classic.

A Horror Classic Remastered for a New Generation

A game that started as a student project in the late ’90s, Corpse Party has grown to become an iconic horror game. Many are all too familiar with thanks to the game or the anime adaptation. It’s also a classic that has seen its fair share of remakes. The latest; polishes the visual details and adds some extra content while keeping what has made it a classic.

While it would have been easy just to play it on PC, this is also the first time Corpse Party has been released on the PlayStation. Me being also a PlayStation gamer, I wanted to check out how it plays on consoles. Overall; it’s a solid experience regardless of the system one prefers.

It’s Mayu Suzumoto last day at Kisaragi Academy as she is transferring to a new school. To make the most of her last day, Ayumi Shinozaki organizes a going away party with Naomi Nakashima, Yoshiki Kishinuma, Yuka Mochida, Seiko Shinohara, Sakutaro Morishige, Satoshi and Yuka Mochida along with their teacher, Yui Shishido. The group comes together to perform a charm that will bind them together as friends.

However; an earthquake strikes and the group is transported to a derelict school. Before anyone could figure out what is happening, they all get separated. It becomes clear that they are at Heavenly Host Elementary (the school that use to be located on what is now Kisaragi Academy) in an alternate reality. Everyone must try to meet up and find a way to escape. Making matters worse is the presence of an entity that is a manifestation of an evil that once terrorized the former school.

From its frightening atmosphere to its unforgettable deaths and multiple endings, all of it return for the remaster. The story is broken up into five chapters as players must take on different characters and navigate through the school. Players must try to find the other characters while also avoiding the ghost of Sachiko Shinozaki. At the same time, one needs to be aware of their actions if they want to achieve the good ending.

Fans of Corpse Party  will right away notice a more polished soundtrack along with visuals that are detailed. The eerie music along with audio details help make an unforgettable atmosphere. The remaster polishes it to allow for a more frightening experience. Graphics have also been updated while also keeping the charm of the classic. As an added bonus, the remaster also includes additional chapters and content cut from the original game.

When it comes to playing the actual game, there isn’t a difference between playing the original on PC and the remaster on the PlayStation 4. It all comes down to if one preference console controls or a mouse and keyboard. Despite its age, one could enjoy the original on PC with either the keyboard or a controller (I have been using an Xbox One controller for my PC). When using a DualShock 4 controller, playing it comes naturally. Overall, there is no better version but whatever a gamer is more comfortable with.

Corpse Party only real problem is that most of the shortcomings from the original are also present in the remaster. From a slow-paced start to a lack of autosave were not the highlights of the original. However; they also are not that much of a deterrent when it comes to playing either the original or remaster.

Girl in the Red Dress

The Corpse Party remaster is an experience worth playing for those who are new to the series or fans of this beloved classic. New games will have the chance to survive Heavenly Host Elementary while the bonus content will give fans a reason to come back. Overall; it’s a true remaster of a beloved horror classic.

Disclaimer: One PR Studio provided the game used in this review. 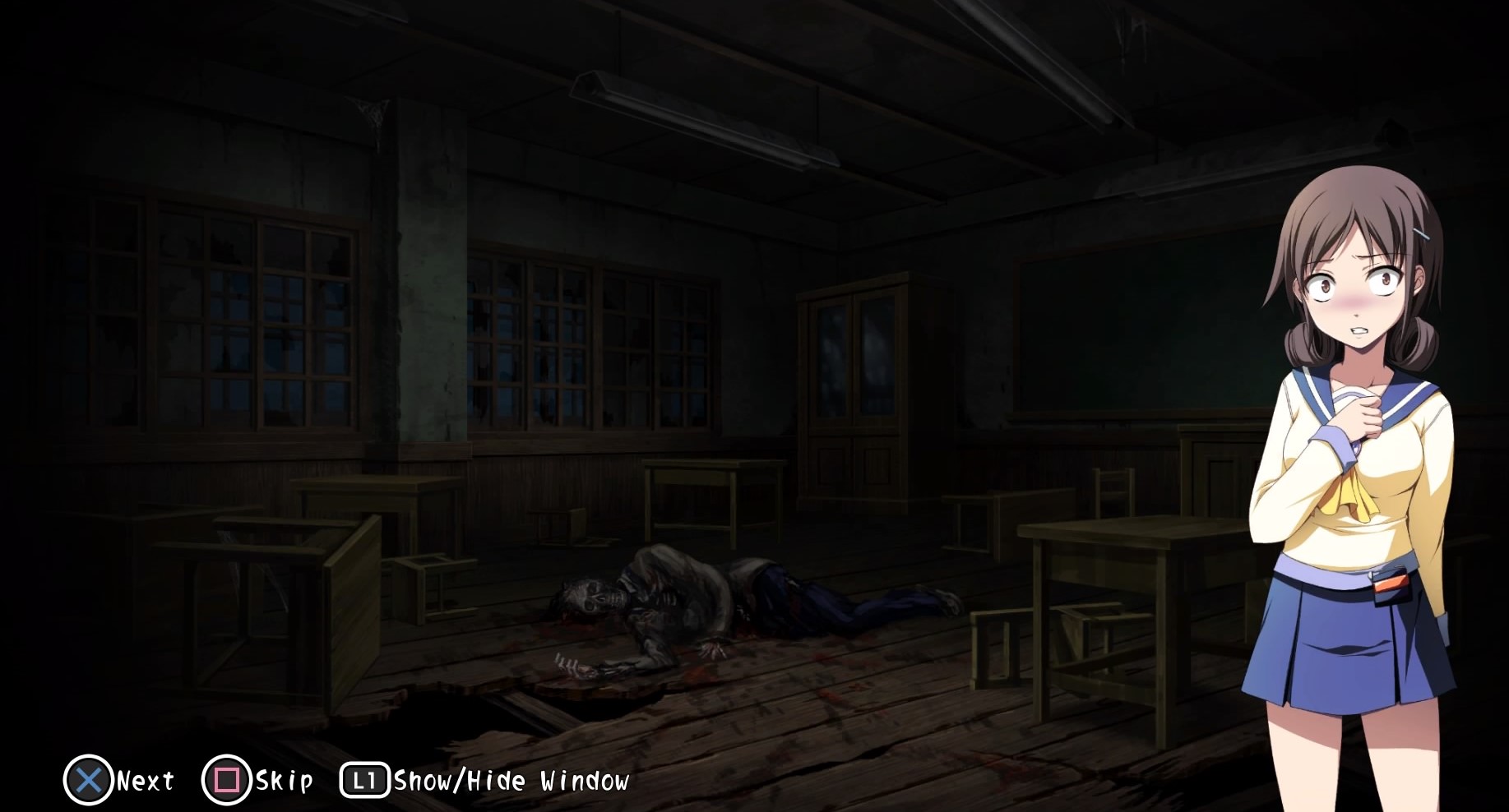