Contra Anniversary Collection is more than just the history of one of the most iconic series but an encapsulation of its era.

Back in the ’80s and early ’90s, Konami was a major player in the gaming industry as it worked to define the landscape with a plethora of classics. One of these classics was Contra, a run and gun series that became the measuring stick for the genre.

Contra Anniversary Collection attempts to rekindle those memories for old school gamers while also telling the history of gaming to a new generation.

For those unfamiliar with the series, players take on the role of Bill Rizer or Lance Bean as they save the world from the Red Falcon Organization (who are working with aliens). Inspired by action movies of the time and the Iran-Contra Affair, the series evolved to become a gaming icon.

One aspect of the collection I found fascinating was playing the original arcade version and comparing it to the NES version. Even though they are technically the same game, both took advantage of their respected hardware to offer an unforgettable experience that has inspired a generation of gamers. It’s also a memorable experience for any gamer who never played the arcade versions.

The most significant part about Contra Anniversary Collection is how it also encapsulates an era of human history. The ’80s was an era defined by the awesome music, the leadership of Ronald Regan and the movies of Arnold Schwarzenegger. This game was truly a work of its era as all that history is reflected with the many diffrent versions of Contra and Super Contra.

When it comes to how the game functions on a modern PC, it plays flawlessly in regards to its performance. Contra Anniversary Collection had no real performance issues and it has been optimized to be enjoyed with either a keyboard or an Xbox One controller.

Unfortunately, Contra Anniversary Collection only tells half the story. Missing from the collection are later entries that were released in the late ’90s and early 2000s. Even though the series struggled on the PlayStation, it came back with a vengeance on PlayStation 2 with Contra: Shattered Soldier and Neo Contra. Plus, it would have been great to enjoy Contra 4 without getting a Nintendo DS.

Finally it’s time to address the elephant in the room, how the Konami Code doesn’t work with any games in the collection. This staple of gaming has been part of Konami’s history and yet it can’t be used at any point in the Contra Anniversary Collection.

Despite these shortcomings, any die-hard Contra fan should pick this collection along with any gamer who appreciates an iconic series.

Contra Anniversary Collection is more than just the history of one of the most iconic series but an encapsulation of its era. Despite being an incomplete history, it will take old school fans back to days while introducing new gamers to the series.

Disclaimer: I bought this game on the Steam Store. 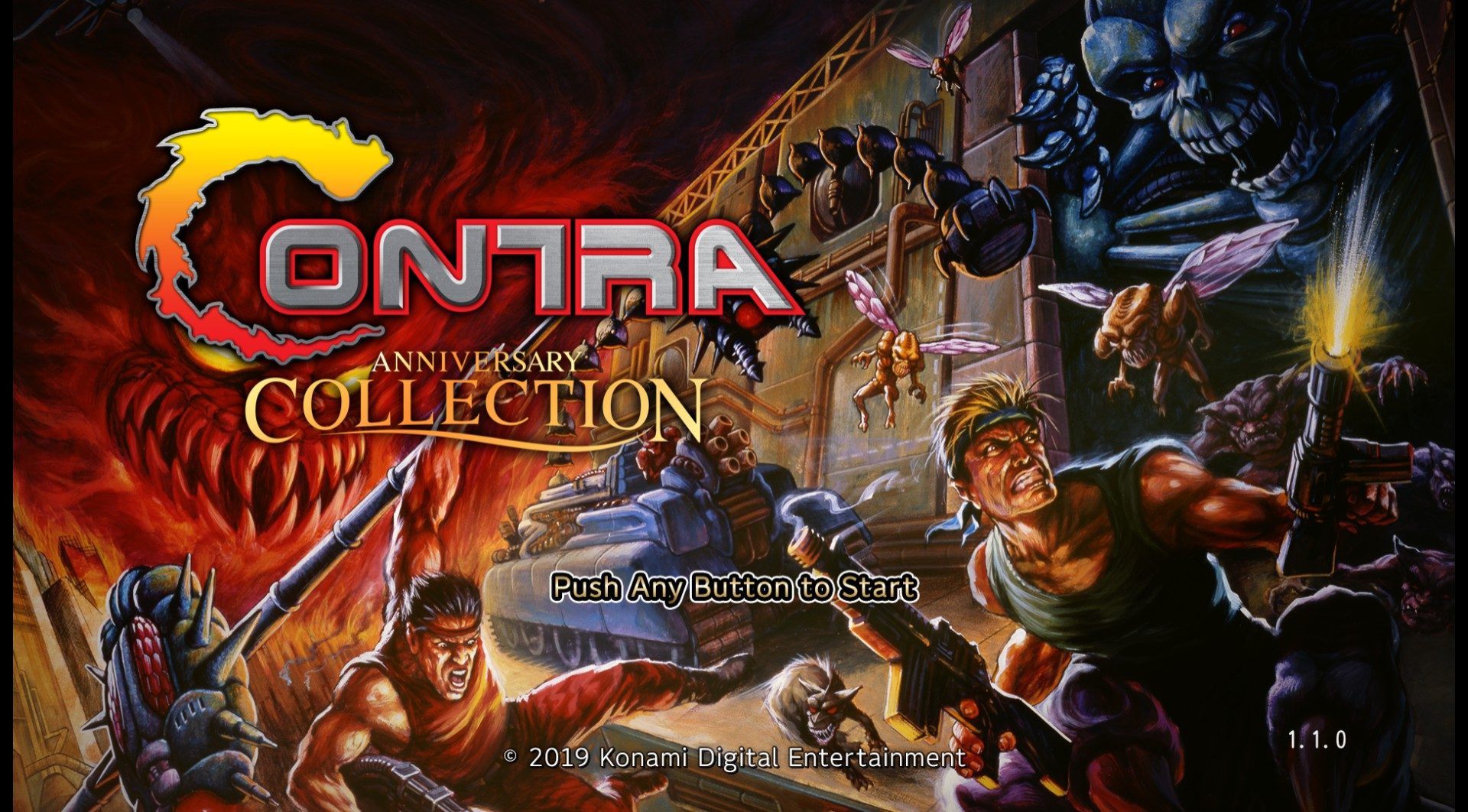