Burn the Witch will welcome viewers into the Soul Society West Branch with its stunning animation and memorable characters.

A Hidden World and History of Dragons

Based on the manga by Tite Kubo, Burn the Witch is an OVA that looks at another branch of the Soul Society. In doing so it tells an exciting story and introduces viewers to a new world (all in a limited time-frame). This not just a treat for fans of Bleach but also for those who enjoy a mythical story set in a contemporary setting.

You don’t need to have been a fan of Bleach (like myself) to enjoy Burn the Witch. It’s a series that is welcoming to all with its own unique charm. This made possible with a stunning animation style along with memorable characters and easy to follow story.

Burn the Witch is an anime adaptation of the one-shot manga of the same name (both a spin-off to Bleach). It follows two witches of the Soul Society West Branch (also known as Wing Bind). Unlike the East Branch, the Wing Bind is responsible for the protection and control of Dragons in Reverse London.

The story follows Noel Niihashi and Ninny Spangcole who are forced to take Balgo Parks (a human who was bitten by a dragon which makes him a Dragonclad) under their guidance. However his presence is seen as a threat by the Top of Horns and so they propose eliminating him. Bruno Bangnyfe is given the task and enlists the help of Macy Baljure (another Dragonclad who is Spangcole friend and former bandmate) to set up a trap.

The plan falls apart when Niihashi and Spangcole refuse to allow Parks to be harmed. The situation escalates when Baljure dragon reveals itself to be the legendary Cinderella. To deal with this new threat, they must work with Bangnyfe to save Reverse London before Cinderella destroys it.

Another Day for Wing Bind

Like I said at the start, I never really got into Bleach. Instead it’s the quality and stunning animation that sparked my interest for this series. The series has a unique and appealing visual design that brings this world to life. Making it perfect for the story telling and moments of action. This choice also allows it to stand out in regards to its quality of animation.

From a narrative perspective, it has a solid cast of characters while rich in world building. Every character has their own personality and charm that makes them stand out. The writing does a solid job at making you know who to like and who to tolerate. The story is well crafted and easy to follow. Best of all, it’s impressive how much world building happens in a small time frame.

Finally, one can’t overlook the theme song. “Blowing” by NiL are is the perfect theme song to complement each episode.

The anime adaptation was released as a movie but was distributed globally as a three part OVA. The problem with doing this tends to be choppy edits and minor inconsistencies with the story telling. Burn the Witch is no exception it’s obvious that some moments with plot details were cut or poorly edited. Overall, this adaptation was better structured as a movie than an OVA.

Despite this minor shortcoming, this is overall a great series to watch. It will get your attention with its animation and keep you hooked with its charm.

If Lions Could Speak

The anime adaptation of Burn the Witch will welcome you into the Soul Society West Branch with its stunning animation and memorable characters. Despite the editing to make it an OVA, it’s still a great series to watch. Hopefully this sets the ground work for something greater in the future. 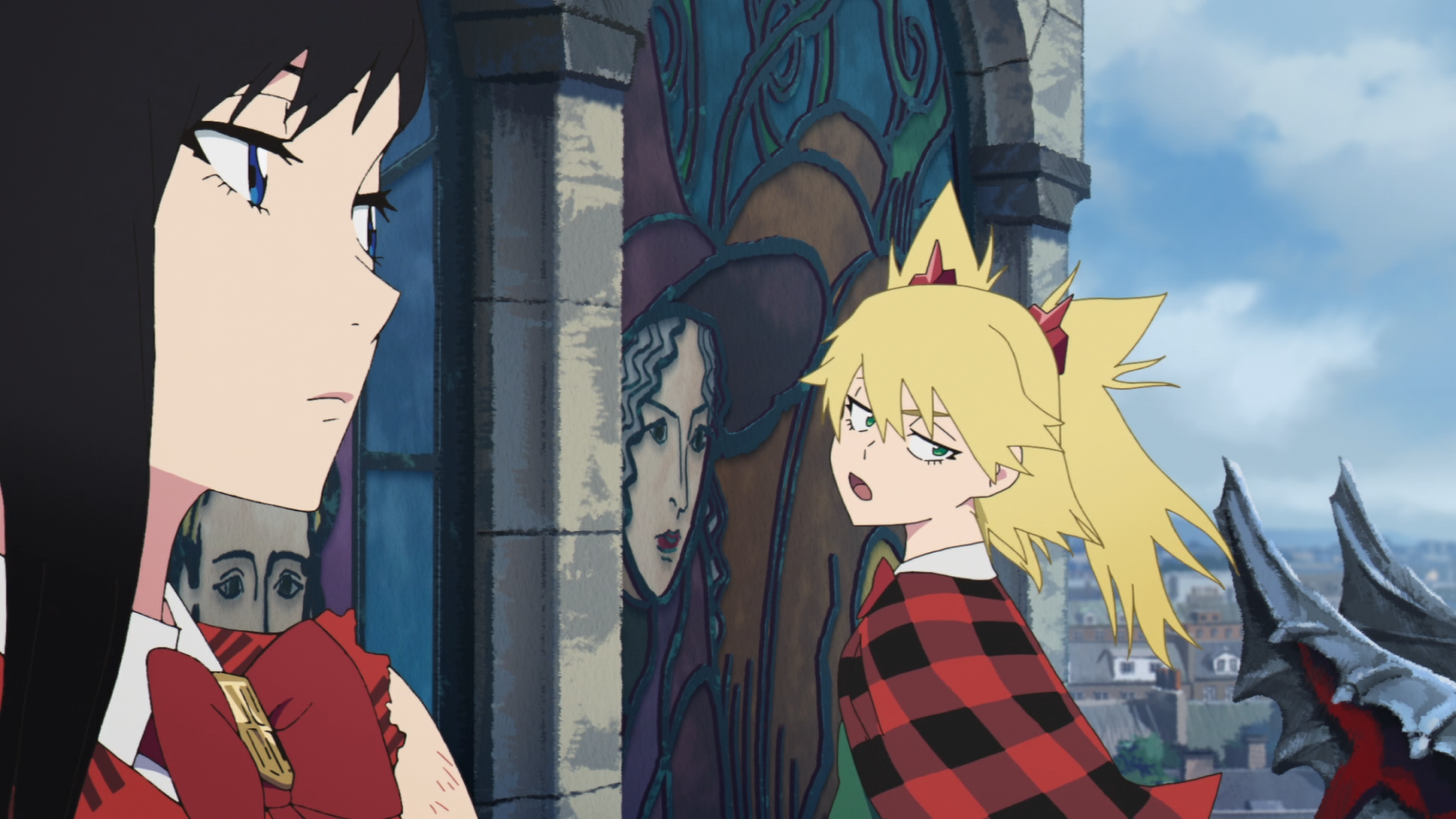