Blood Alloy: Reborn is a 2D adventure that combines the elements of an old school game with a unique artistic tone. 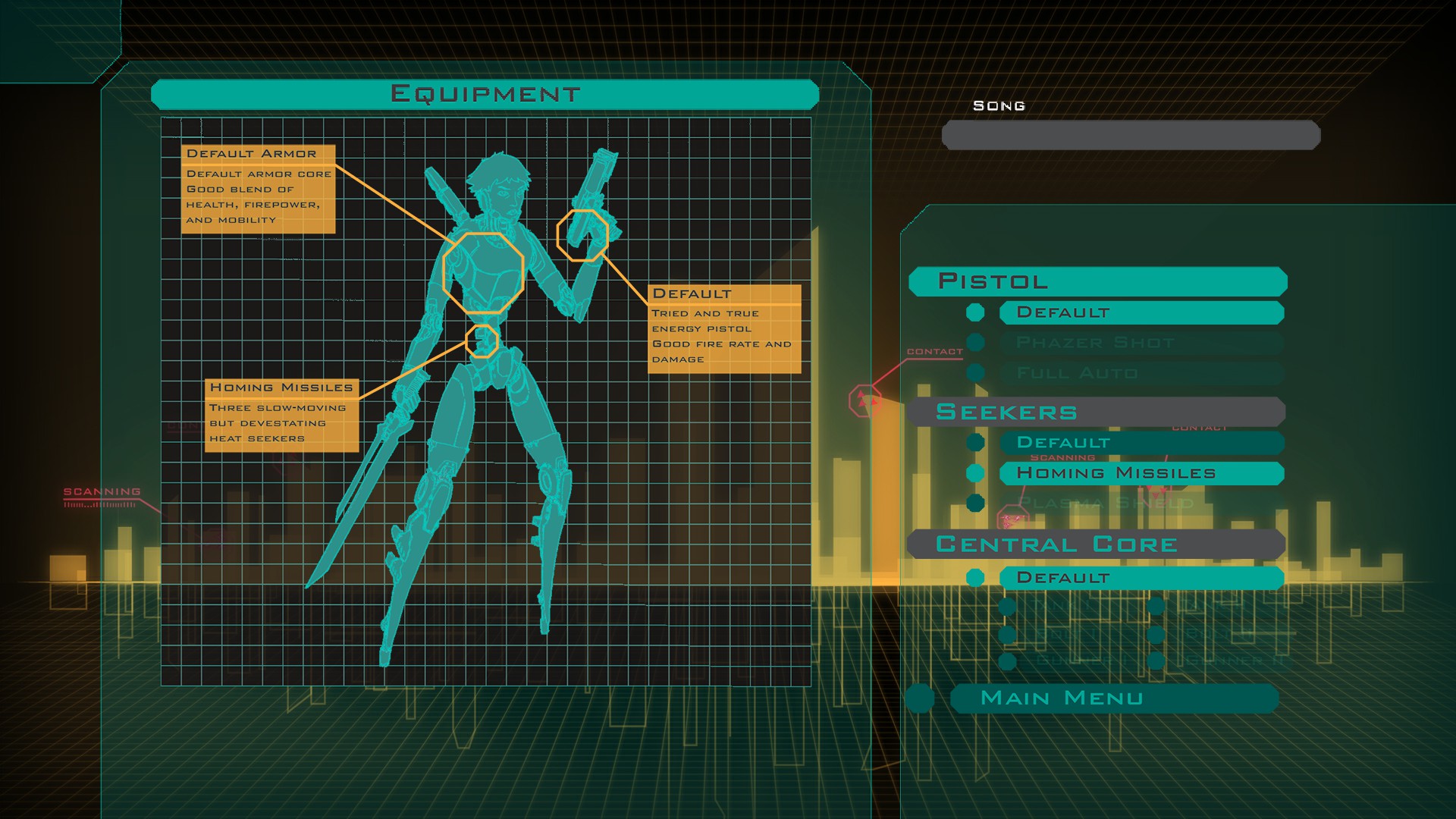 Blood Alloy: Reborn is a 2D adventure that combines the elements of an old school game with a unique artistic tone along with a killer cyberpunk musical score.

Old school gamers will be quick to fall in love with Blood Alloy: Reborn because of how it will remind them of classic games like Mega Man and Metroid. However one should not be quick to dismiss it as an attempt to tap into a gamers nostalgia.

Set in a post-apocalyptic world, players take on the role of cyborg soldier Nia Rhys as she fights the evil robot swarm using the BLade Assisted Surface Traversal (BLAST) system.

The gameplay combines the style of a run & gun with that of the hack & slash genre while adding elements of an RPG. Players earn XP by fighting-off waves of robots with their blaster or blade while performing special stunts.

The gameplay may be old school but it’s the artistic design along with the musical score that makes Blood Alloy: Reborn a unique title. The musical score is an all too familiar tune that reminds gamers of cyberpunk classics like Blade Runner and Akira.

While Blood Alloy: Reborn has a distinguished tone that sets it apart from other run and gun titles, what makes it stand out is potential to grow into a successful series. It already has the foundations to do so with its backstory along with its character, art style and cyber-punk style musical score.

However the game has a few minor flaws that may be a nuisance at first but could be resolved later. The first problem is that some gamers will have trouble finding the right screen resolution while controls will take sometime to figure out. Thankfully these are issues that could easily be resolved in five minutes.

Overall, Blood Alloy: Reborn is an example of why indie games have become so popular in the last few years. Suppressive Fire Games created something unique using a familiar setting while focused on the artistic tone.

Blood Alloy: Reborn is the kind of indie game that takes players onto a mesmerizing journey by using an old school feeling as its foundation.