BioShock: Infinite takes players to nightmare based on the worst values of American exceptionalism. 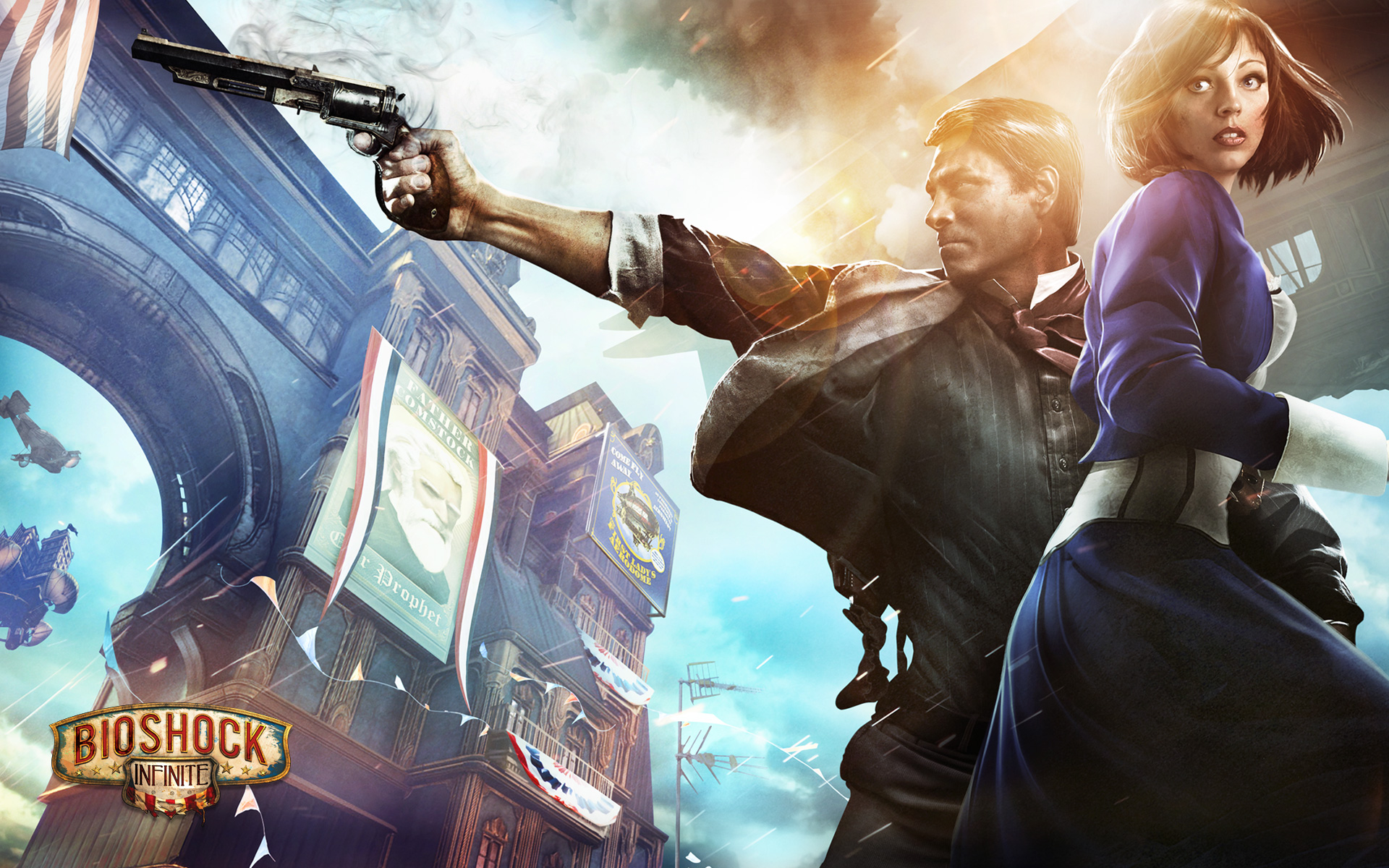 When BioShock was first released in 2007, it was hailed as a crowning achievement for its creative game play and thought provoking story. Also admires of Ayn Rand finally had an easier way of explaining the philosophy of Objectivism.

Set in 1912; players take on the role of Booker DeWitt, a former Pinkerton who is indebted to the wrong people. He has been given a second chance by mysterious benefactor who hires him to infiltrate the flying-city of Columbia and rescue a young women named Elizabeth. Upon his arrival to Colombia, DeWitt gets mixed up in a long waged civil war that pits the Founders (an ultra-nationalist faction) against the Vox Populi (a communist-anarchist faction).

Anyone familiar to the BioShock-series would feel comfortable with a game-play that mixes a first person shooter with elements of a role playing game. Player will have to acquire different weapons and abilities (using Vigors) as they fight a diverse gallery of enemies.

However the gameplay is only a tip of the iceberg as what makes BioShock: Infinite a unique game is the story and the rich literary content. The setting has shifted from the Objectivism themed dystopia of Rapture for a nightmare based on the values of American exceptionalism. However gamers have returned to world built around an idea that is now bring its downfall.

Columbia is a stempunk world based on the American dream turned into a nightmare. The ultra-nationalist propaganda that decorate the world tells the story of a city built on American values until its secession over ideological differences. Leading this nightmare is Zachary Comstock, a self-proclaimed prophet and religious zealot, whose followers are whiling to do what is needed to preserver their “American way of life”.

As with the previous game, Colombia is world torn by war over radical interpretations of an ideology. This ideological war was inspired by the political bickering that has plagued our government. The war between the Founder against the Vox Populi was heavily based on the ideological battle between the Tea Party against the Occupy-moment along with political bitterness that has boiled down into petty feuds that are fought only out of hate.

No story is ever complete without a hero and BioShock: Infinite may have given us a protagonist more troubled by his past than Max Payne. Booker DeWitt is a troubled soul haunted by his actions during the Wounded Knee Massacre while having hit a low point in his life after being discharged from the Pinkerton Detective Agency. Top it all off with a history of alcoholism and gambling makes an odyssey into the American nightmare the perfect test for redemption.

With a well crafted story and a well developed game play, BioShock: Infinite is not just a work of art but it may be one of the best games of the year. This is a true sequel that has surpassed its predecessor in so many ways.

Disclaimer: The game used for this review was bought at the Steam Store.