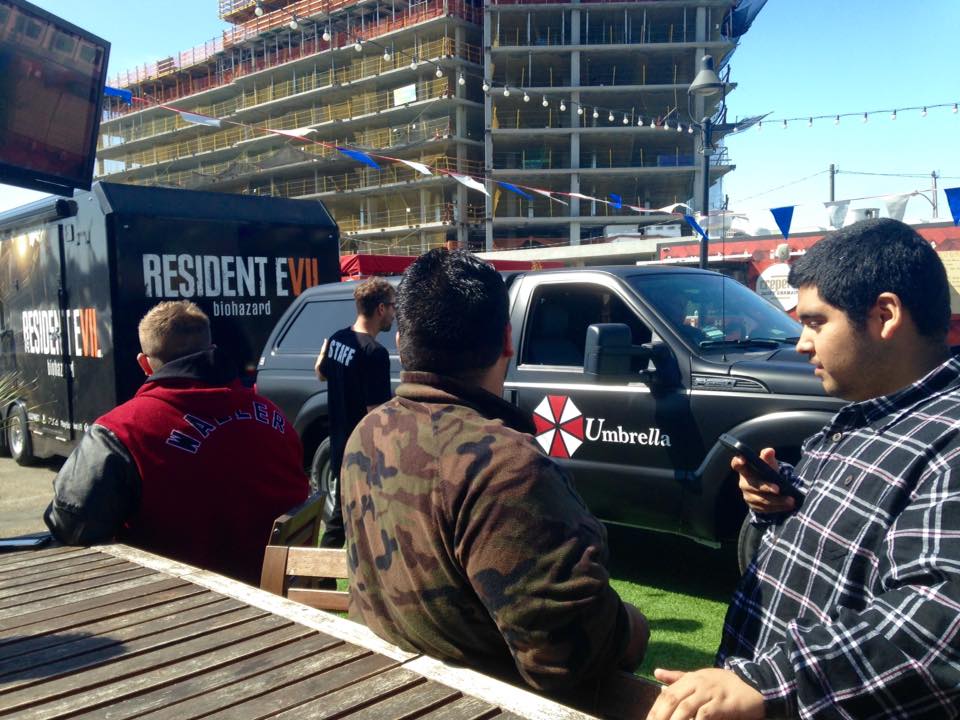 Resident Evil 20th Anniversary Tour started in San Francisco on September 15 in front of The Yard at Mission Rock. The location is across from AT&T Park along with a few minutes away from Bay Area office of Capcom.

The truck had not arrived yet but before 11:00am, almost 40 fans had gathered to experience Resident Evil 7 in VR. Q102-SF was also present to promote the event while hosting a special raffle and provide some musical entertainment. The line started in front of the truck and went all the way down to Terry S. Francois St.

Many in the crowd had either taken the day-off from work to experience Resident Evil 7 in VR or noticed the event and came over to check it out. Almost everyone in the VR line were Resident Evil fans who had congregated to experience the next stage of this iconic series. The biggest surprise at the event were a few fans from competitor UbiSoft who had come by to check out the game (they asked not to use their names for this article).

Fans could either experience the Lantern demo with PlayStation VR or compete in a game of Resident Evil 4, 5, and 6. Even though of the attention was focused on the RE7‘s VR experience, several fans did decide to test their skills with the other games.

Despite the high anticipation, there were a few hiccups when setting up the event and the line to play the game in PlayStation VR was moving way too slow. Due to the time, I was unable to play the Lantern demo in VR but those who did have highly praised the experience.

“This is the scariest game I have ever played and no movie comes close to terror I experienced,” said Chris Li.

“I played the demo expecting maybe a few cheap jump scares but instead it was one of the most scariest games I’ve experienced in a long time,” said Tim Ryan, a long time of the series. “Now I need to play it in VR to get the true horror experiences.”

Several fans from the Resident Evil Ambassador program were also present to help promote the event. Joe Rivera, Siike Donnelly, Alex Liam, and Dominik Chraca were among the lucky few who were invited by Capcom to help build support for Resident Evil 7. All of them would vouch that the Lantern demo presented a frighting experience the was made even better by the PlayStation VR. 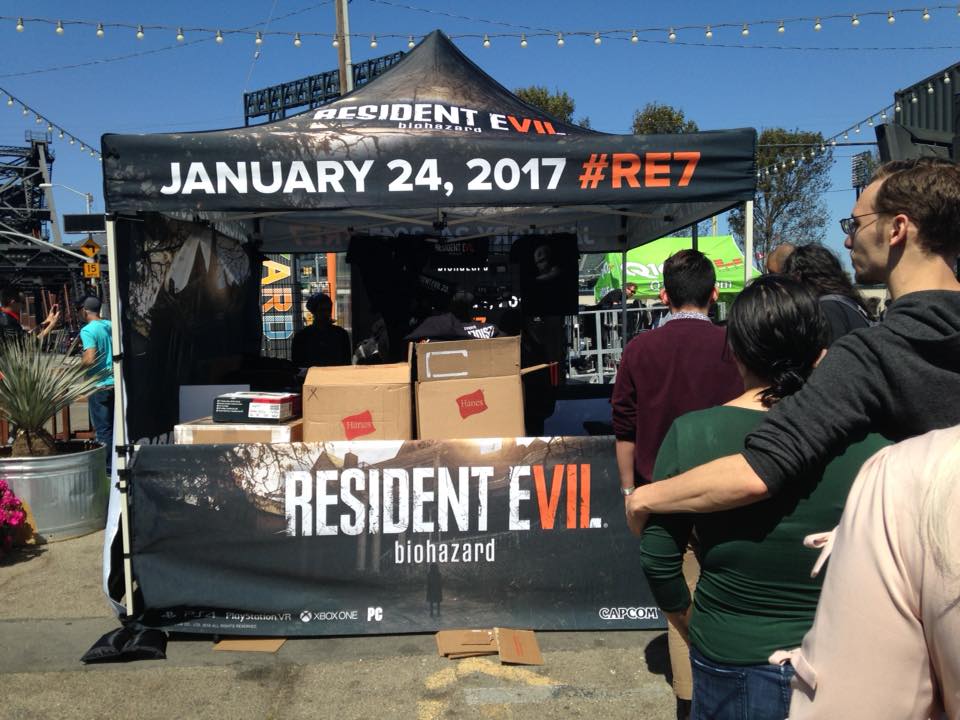 Resident Evil 7: Biohazard will be the eleventh game in the iconic series and it’s set to be released on January 24th, 2017 for all major consoles and the PC. The story will focus on a new character named Ethan as he searches for his missing wife at a derelict plantation.