Highlights from Kraken Con 2018 (the Final One)

It may be the last Kraken Con, but the team went all out to ensure that guests had one unforgettable weekend. 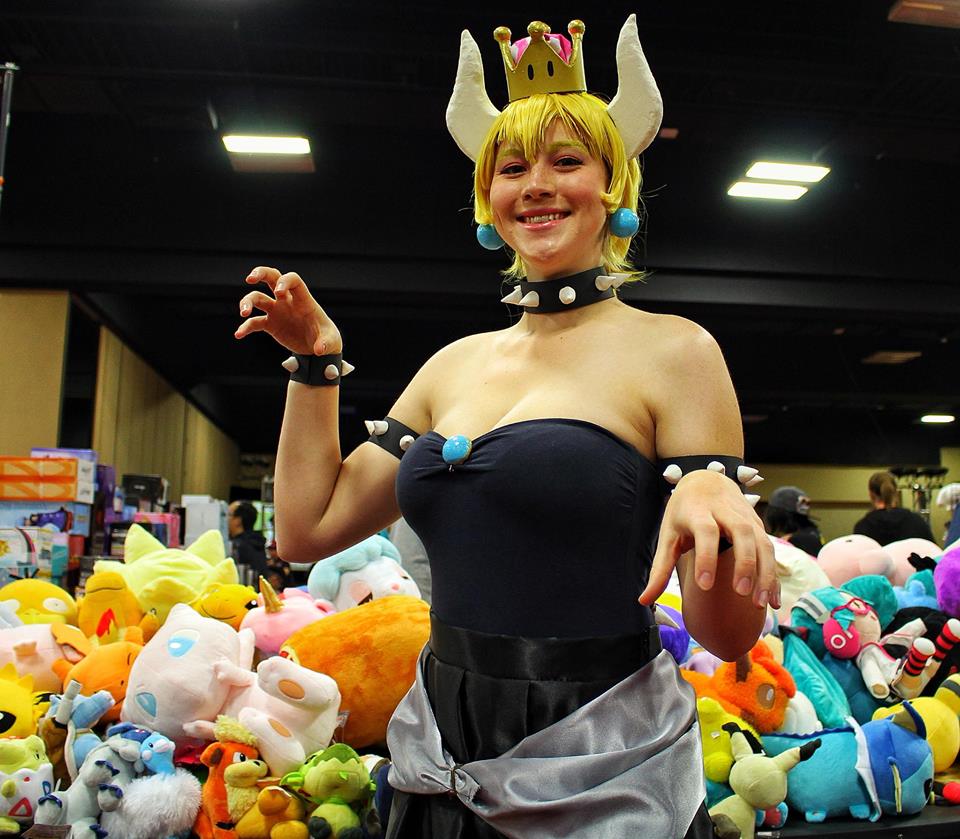 Kraken Con has been one of the most beloved mid-sized anime conventions in the Bay Area since 2013. An alternative for anyone who has wanted the full convention experience, this has been an event where everyone almost knows each other while those who are new to the community will have an easy time making new friends. Hence, it was heartbreaking to learn that this would be the last one.

Despite the bad news, everyone wanted to make the best out of the last Kraken Con weekend. Long times fans came for one last hurrah while the Kraken Con team went all out to ensure that this was one unforgettable event. Who knows what the future is going to be like but everyone decided to make as much happy memories as possible. 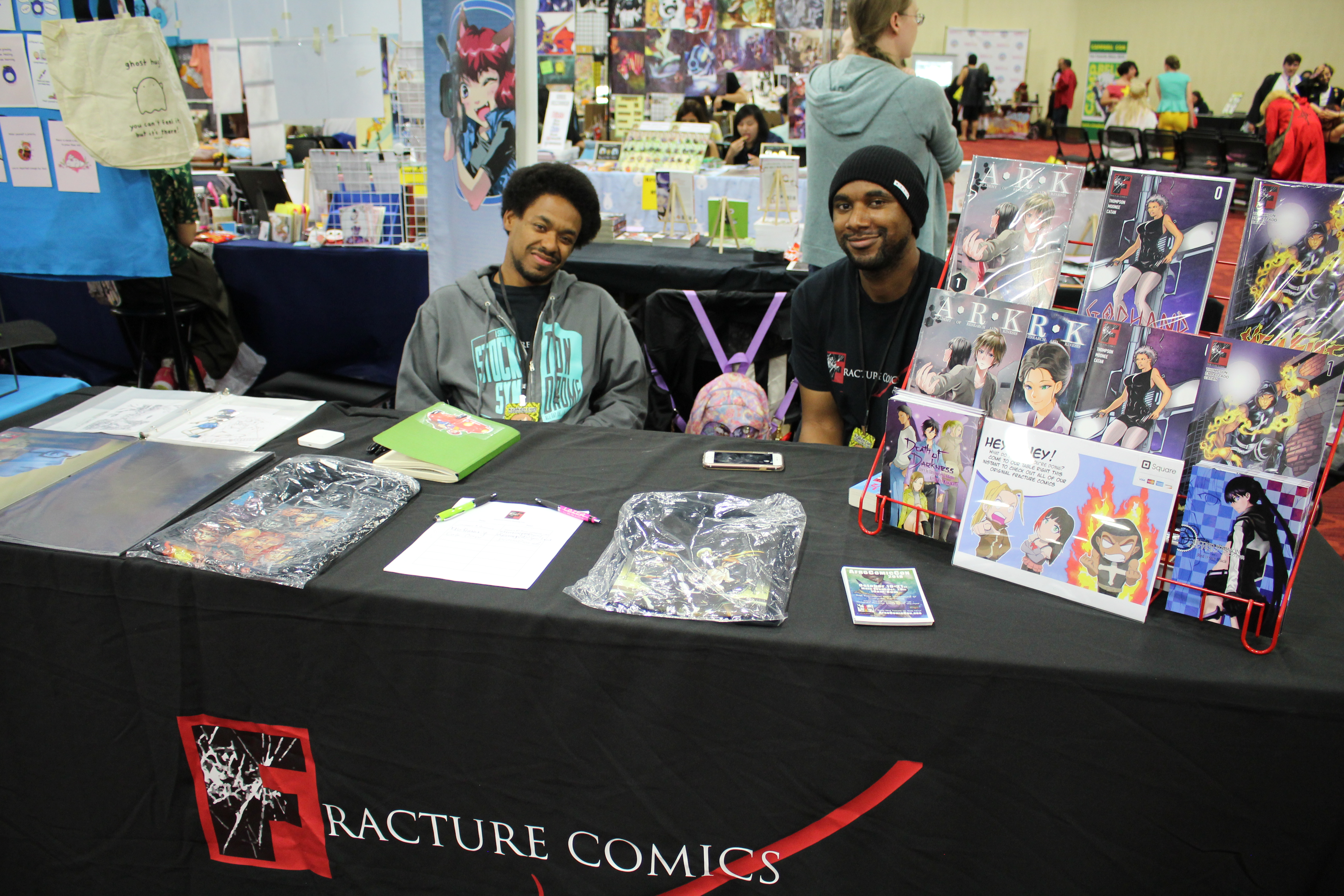 Kraken Con had over 50 merchants, artists and independent publishers along with several local Con’s promoting their upcoming event. Here anyone could find old video games and collectable merchandise or one could pick up some amazing designs from respected artists. Even if you had no shopping agenda, it’s still fun to look through all the cool stuff and meet the many artists.

Retro Fix Video Games was the only vendor that was selling old video game titles and consoles. From classic NES, PlayStation and GameCube titles to more modern games for the Xbox One and PS4.

Best-selling author, Erin Hayes was meeting her fans and introducing new readers to her work.

Fracture Comics is an independent publishing house whose work is known for blending American style comics with manga. Among there most well known works are ARK, Hellfire, Second Summon and Death of Darkness.

Cons are not just about meeting celebrates and making new friends, it’s also a chance to gain some insight in pop-culture. Kraken Con organized a series of panels that discussed a verity of topics given by major stars and industry insiders.

The cornerstone of the Kraken Con weekend has always been the Squiddly Show, a panel hosted by Evan Attwood in which he has a conversation with the guests of honor. This was a chance for fans to learn more about their favorite voice actresses along with the chance to learn of their upcoming projects.

It’s just not a true fan convention in the Bay Area without a panel hosted by Steven Savage. Following its popularity at Silicon Valley Comic Con 2018, Geek Productivity was back with tips on how one could apply Agile and Scrum techniques to everyday projects.

Macross and MechWarrior: A Twisted History was an inside look into the history of both franchise and how they influenced each other. The panel looked at each of their respected history and how they have been influence on each other along with the legal battles they’ve had overtime.

A staple of anime convention in the Bay Area, the team from the Foundation for the Preservation of Gen 1 Pokèmon was back for their final Kraken Con. This time they only had one presentation, “Console Wars“. It’s one of their more serious panel but they also make it fun with as much gamer jokes as possible.

From video games to manga collection and more, there was no shortage of activities during the weekend. Being bored during Kraken Con  had to be a personal choice and a sign of one being a buzz kill. Here are some of the activities one could stumble upon:

Organized by eSports Arena Oakland, the Game Hall had a verity of options from PC, console along with retro consoles. Friends could gather for a one on one match or have their own LAN party. The Game Hall also hosted several gaming tournaments during the weekend that was open to anyone who signed up.

The Archery booth had been setup to allow fans the chance to test their skills or embrace their inner Hawkeye.

The Atlantis Ball was their traditional black & white ball held on the 21st floor of the Oakland Marriott. Dressed in their best, it was a night of wonder for guests as they hit the dance floor with a partner to the tune of many iconic soundtracks. One also had to admire the view of not just Downtown Oakland but also the scenery from across the bay in San Francisco.

No Kraken Con story is ever complete without mentioning all the amazing cosplayers that were present. Some worked for authenticity while other added their own personal style. There were also several scheduled gatherings were cosplayers from a media franchise could get together for a photo shoot.

Thoughts on the Last Kraken Con

The fact that this was the last Kraken Con had not escaped anyone’s mind. It was brought up during several panels, it was a punchline at several events, it was brought up when chatting with vendors, and it was a topic nobody could escape from. Even I couldn’t escape the thought this was the last one as I’ve had so many good memories at previous events (as a fan and journalist).

However this will not be the last fans hear from the team at Sea Monster Entertainment as they have not ruled out hosting cosplay days. Also they really want to host another Hydra Comic Con sometime in the future. All we the fans can do is hope everything works out for the best and to never forget all the good times they brought us.

Disclaimer: Kraken Con provided me with press passes for the weekend.

This special report is part of 8Bit/Digi‘s coverage of Kraken Con. If you attended the event, please share your thoughts in the comment section below.