From upcoming video games to the latest premiers, here are the highlights from a weekend at Anime Expo 2018. 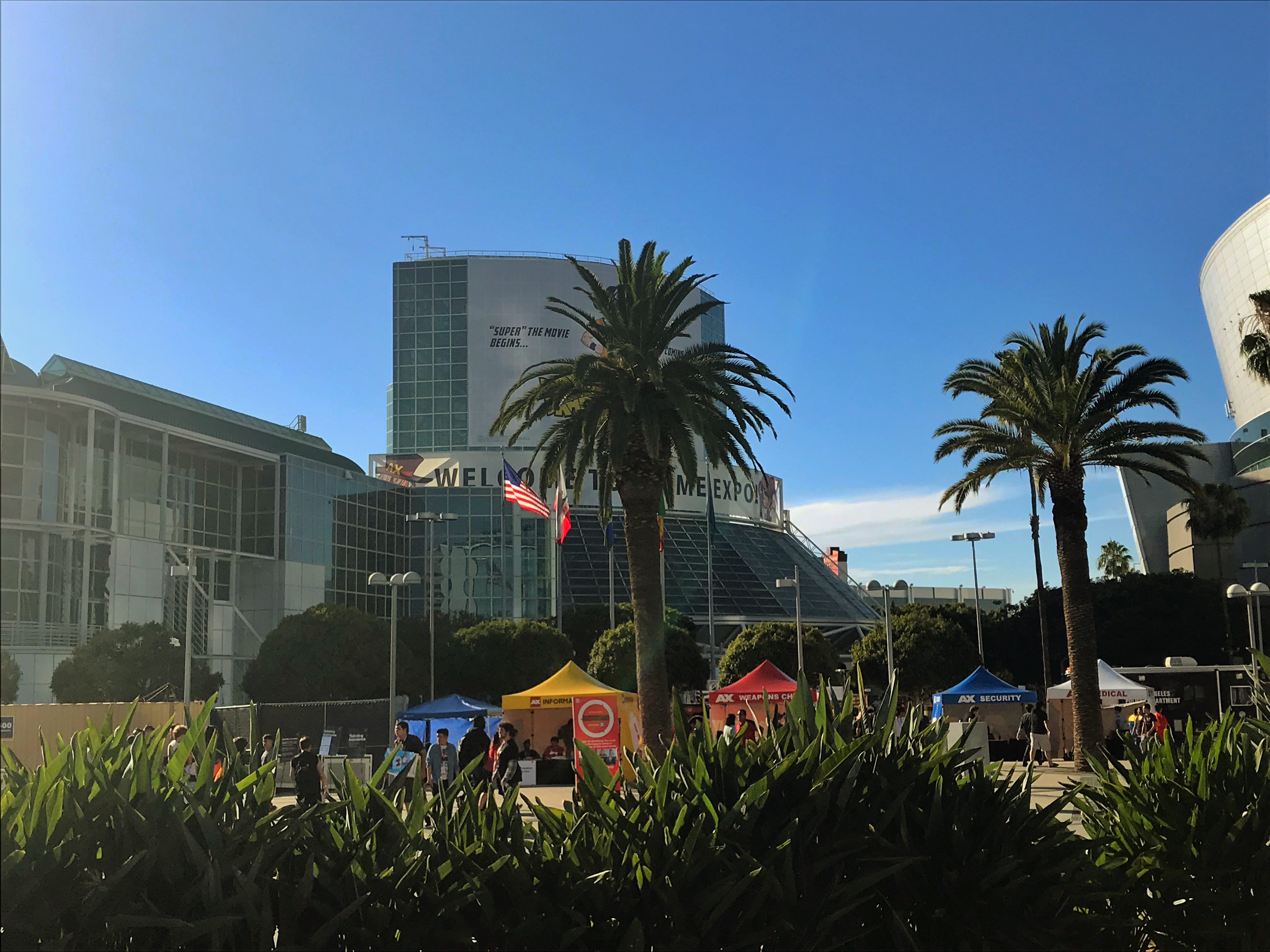 We are half way through the Summer Season which means I had to make a stop in Los Angeles during the 4th of July weekend for Anime Expo. This is one of the largest anime conventions in North America and the 2018 event attracted over 100,000 visitors from around the world.

Anyone who enjoyed FanimeCon or the Game Developers Conference would also enjoy a weekend at Anime Expo. The event had vendors from all over the world along with artist to sell copies of their work and a diverse group of special guests who were eager to meet their fans. 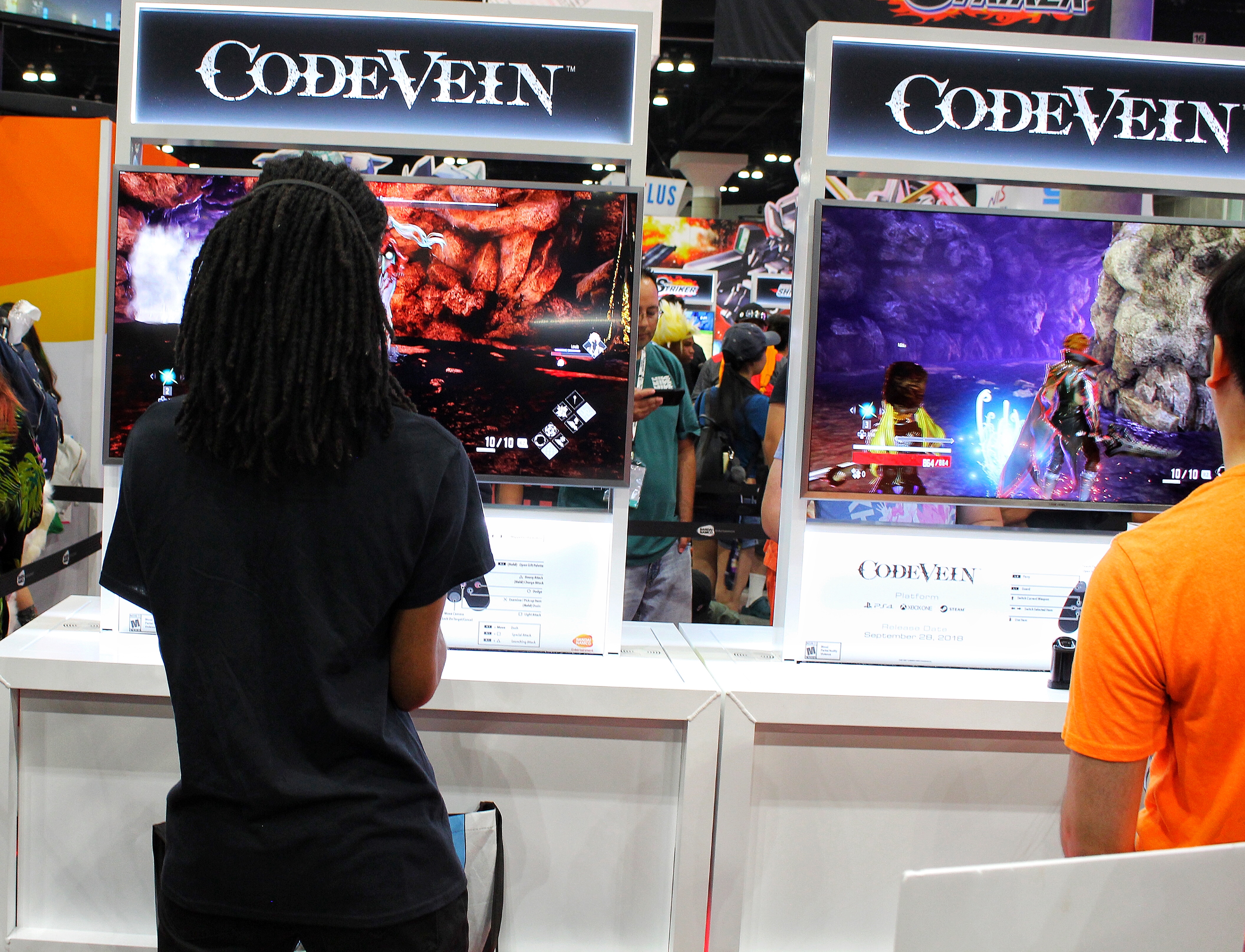 Jump Force: When this game was first announced at E3 2018, it looked as if Bandi Namco was trying to one-up Super Smash Bros. Nintendo will always have its gallery of characters but Jump Force looks to be the alternative for anyone who has asked “can Goku beat Naruto Uzumaki“. During the demo, I build a team made up of Goku, Freza and Monkey D. Luffy going against the other three characters in an intense battle. The action was fast paced but also well balanced so players know what they are doing.

Kingdom Hearts III: It should not come as a surprise that one of the most anticipated titles would be the most popular one during Anime Expo. The demo that was presented had players explore the world of Olympus (from Hercules) and Toy Box (from Toy Story) while having the chance to use some of the new gameplay mechanics.

Code Vein: Was one of the most popular games at Bandai Namco booth as the line had to close several times during the day. In the demo, players had to battle a boss named the Invading Executioner. Given how difficult the game is and its popularity, everyone had a time limit to beat the boss. Sadly I was unable to beat the boss before my time ran out.

Anime Expo had over 100 merchants set up in the Exhibit Hall selling a verity of goods. From figurines, old video games, and collectible merchandise are among the many gems in this treasurer trove. Or one could pick up some amazing designs from respected artists. Even if you had no shopping agenda, it’s still fun to look through all the cool stuff and meet the many artists.

Here are some of the major vendors that stood out during the convention:

Its just not an anime convention unless Crunchyroll has some kind of presence. While they provided the swag bag and hosted several premiers during the weekend, they also had a shop selling all kinds of awesome memorabilia. Fans could pick up some awesome t-shirts or hoodies at their booth or just look around.

Bandai Namco had a massive setup as they had a company shop setup along with several consoles featuring demos of their upcoming games. Gamers could checkout upcoming titles like My Hero One’s Justice and Jump Force.

Anyone wanting to pick up the a DVD copy of the latest series should have stop by the Funimation booth. They also had setup a screening room which would show trailers for upcoming shows and movies. On the side, fans could meet their favorite stars and get an autograph.

Evike is one of the largest airsoft retailers in the world and they had a major show of force in the center of the Exhibit Hall. From airsofts based on real weapons to ones modeled after iconic fictional weapons. 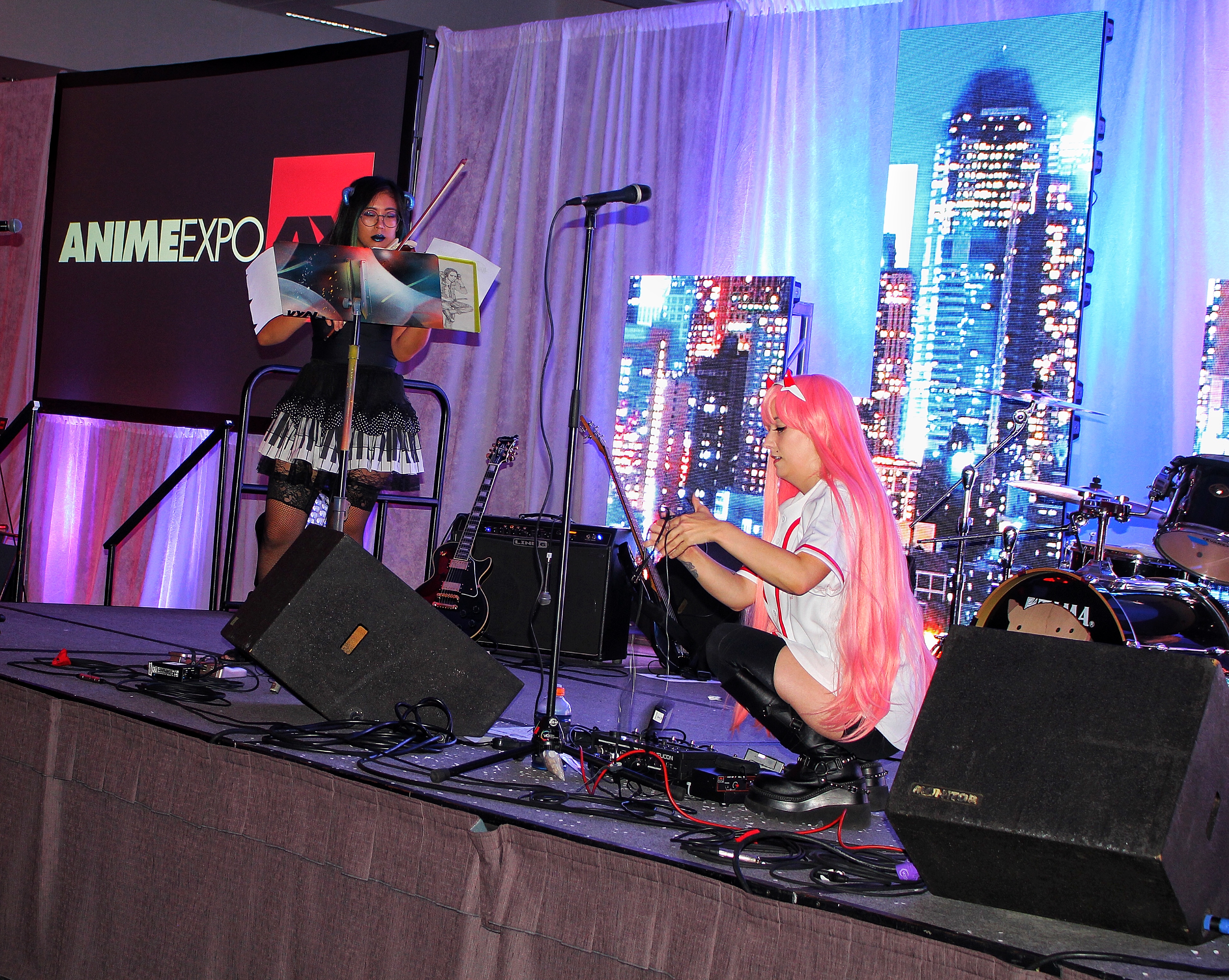 From table-top games to video games and more, there was no shortage of activities during the weekend. Being bored during this weekend had to be a personal choice and a sign of one being a buzz kill. Here are some of the activities one could stumble upon:

No anime convention is ever complete without its own Maid / Butler Cafe. Guest got to enjoy some tasty treats while playing fun games or watching a live performance by the staff.

While not organized by the Anime Expo staff, there were random moments in which guests would participate in a raid in Pokemon Go. With several gyms near by and a Community Day that allowed players a two hour window to catch Articuno, there were moments were convention guest would get together to participate in these raids.

Quiet Lounge was the place to be for anyone who wanted to get away from the noise of the convention. The rules are simple: no cell phone, no talking and no noise. The perfect get away for anyone who needed a moment of peace.

With its location in the center of Downtown, the Los Angeles Convention Center is surrounded by a plethora of restaurants and bars. Yet for those who did not want to travel far or leave the area, several food trucks setup around the area. Guests had a diverse option from trucks that serve poke-bowls to ones that served gyro fries and curry burritos. Despite the heat, the food trucks were among the best meal options available.

Normally this is something I’ve seen a few times at FanimeCon and once at Silicon Valley Comic Con (in the presence of Stan Lee), so I should not be surprised to have encountered it a few times during Anime Expo. This was the perfect weekend to ask that significant other for their hand in marriage.

No Anime Expo story is ever complete without mentioning all the amazing cosplayers that were present. Some worked for authenticity while other added their own personal style. There were also several scheduled gatherings were cosplayers from a media franchise could get together for a photo shoot.

Thoughts of a First Times

Ever since I started 8Bit/Digi, I’ve had the honors of going to a lot of major conventions in the Bay Area. However, going to Anime Expo was a different experience for so many reasons. It was the first convention I’ve covered outside of the Bay Area and the only one that attracted over 100,000 people. It’s without a doubt that this is one of the largest conventions I have ever attended and I hope to be back next year.

Disclaimer: Anime Expo provided 8Bit/Digi with a press pass for the weekend.