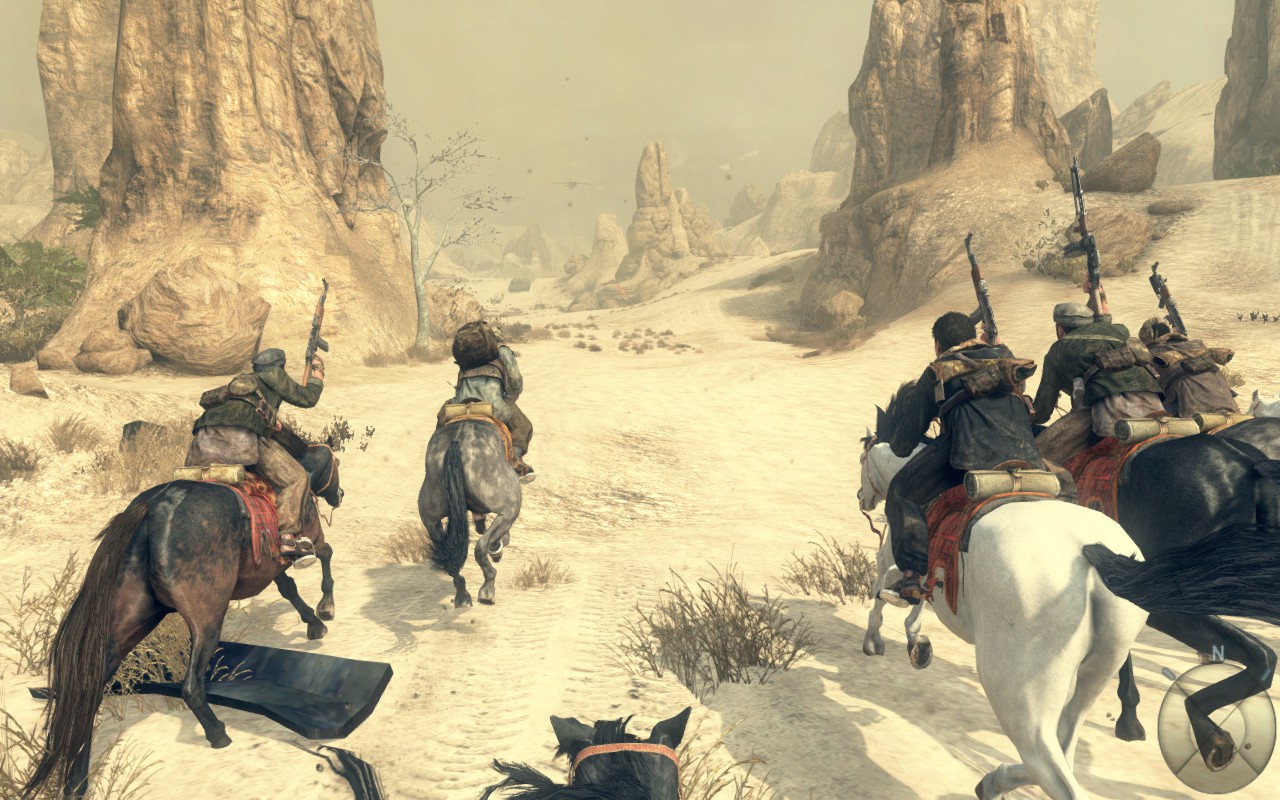 News about Activision wanting to take its flagship series back to its roots should have have been a jubilant moment for fans, but instead it has been met with skepticism and doubt.

From the comment section of major publications to their social media pages along with message boards, fans have more doubt than optimism over Call of Duty returning to its roots. Looking through the comments will show that fans are starting to lose confidence in the future of the franchise.

Below are examples of fans sharing the doubt and skepticism when GamesRadar+ covered the news:

Next are examples of fans sharing their doubt and skepticism when GameSpot covered the news: 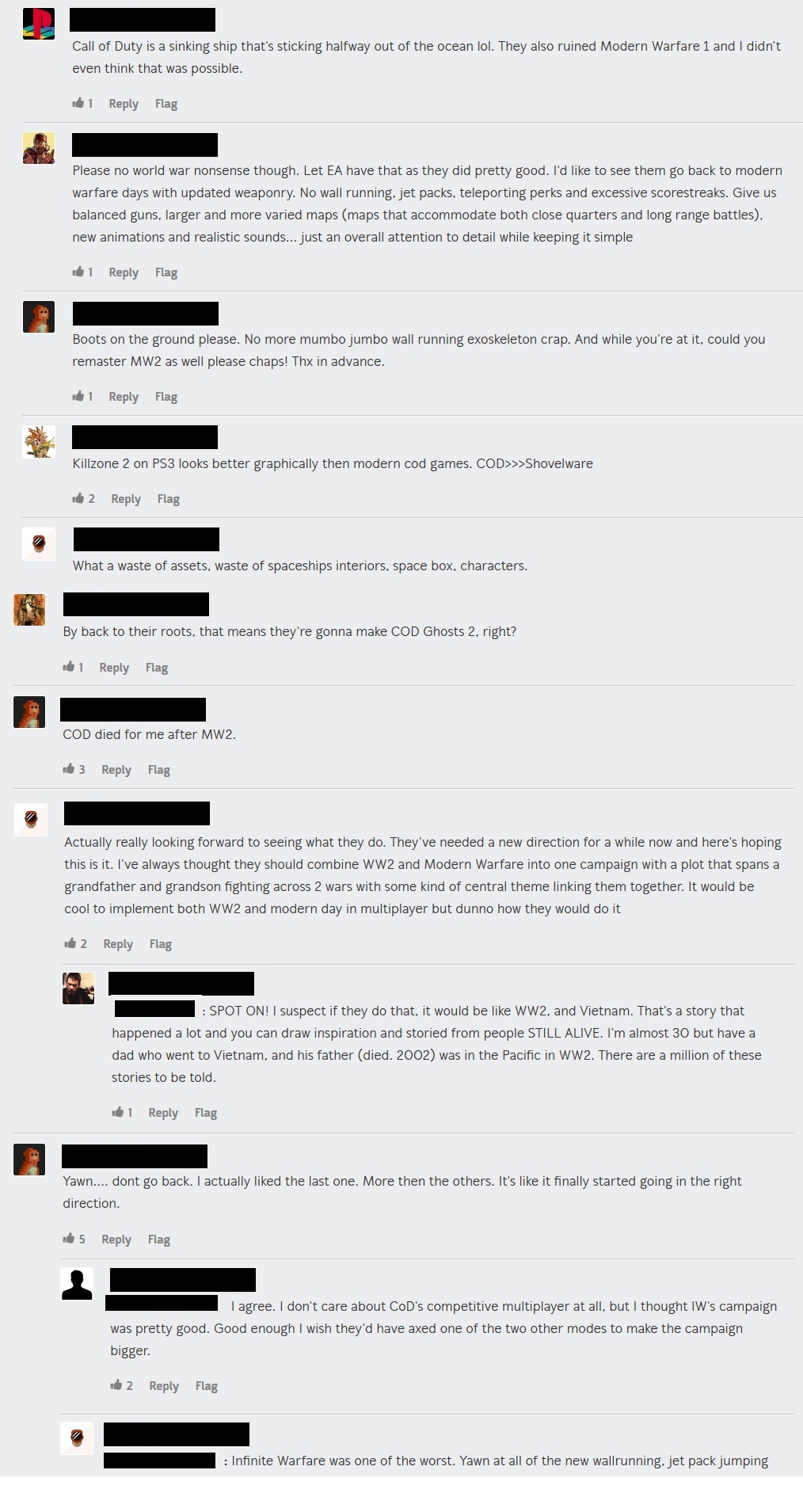 Gamers on N4G were also sharing the same doubt and skepticism on the submission related to Call of Duty going back to its roots or Activision admitting that Infinite Warfare did not live up to their expectations: 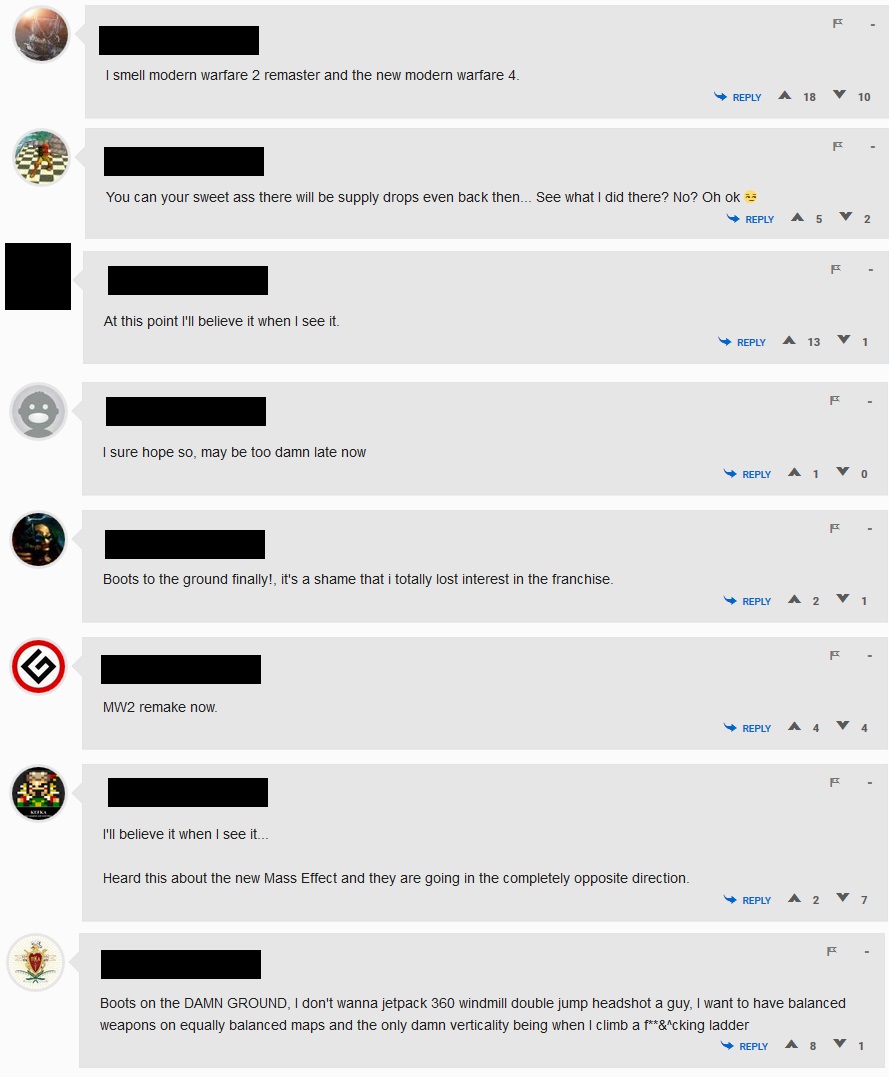 Most of this skepticism is rooted in how vague the statement was about the series going back to its roots. Even though Call of Duty started as a WWII shooter, it has evolved to include story arcs that are set in the modern era and the Cold War. Without a clear definition of “returning to its roots”, fans are unsure what the future will be for the series.

There is also a majority of gamers who feel that Activision is trying to imitate the success of EA by taking the series to a historical setting. Battlefield 1 was highly praised for taking gamers to the trenches of World War I while becoming one of the best selling titles of 2016. In fact the reveal trailer for Battlefield 1 was one of the popular YouTube videos while the reveal trailer for Infinite Warfare was one of the most hated.

There are signs of optimism however as fans are hoping the next Call of Duty will return to World War II or the modern era. With a limited number of new titles set during these eras, fans are hoping Acitivsion taps into an almost abandoned market. Meanwhile there is a small minority of fans who are hoping for a title that is set during the Vietnam War.

Regardless of how Activision is planing to take Call of Duty back to its roots, they are under pressure from their fan base following Infinite Warfare disappointing sales and a series that has been stagnate for sometime. At the moment fans can only hope that this years title brings a major change to the series.