The first major event during the FanimeCon weekend. 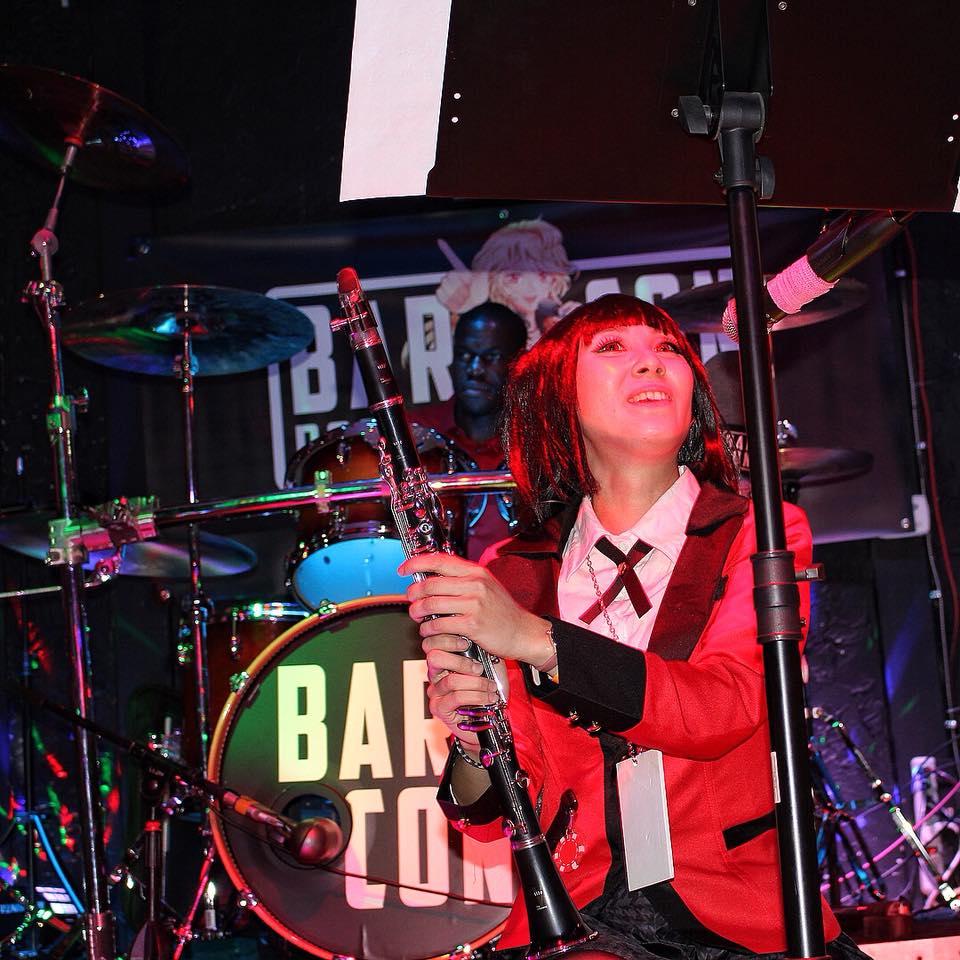 It’s Day 1 of FanimeCon and the for many this is was an opportunity to test the event before the real fun starts. For those who have been coming for years, it was time to start the weekend with BAR Con Matsuri! – an event that brings together anime, video games and J-Rock for one night at the SoMa Back Bar. 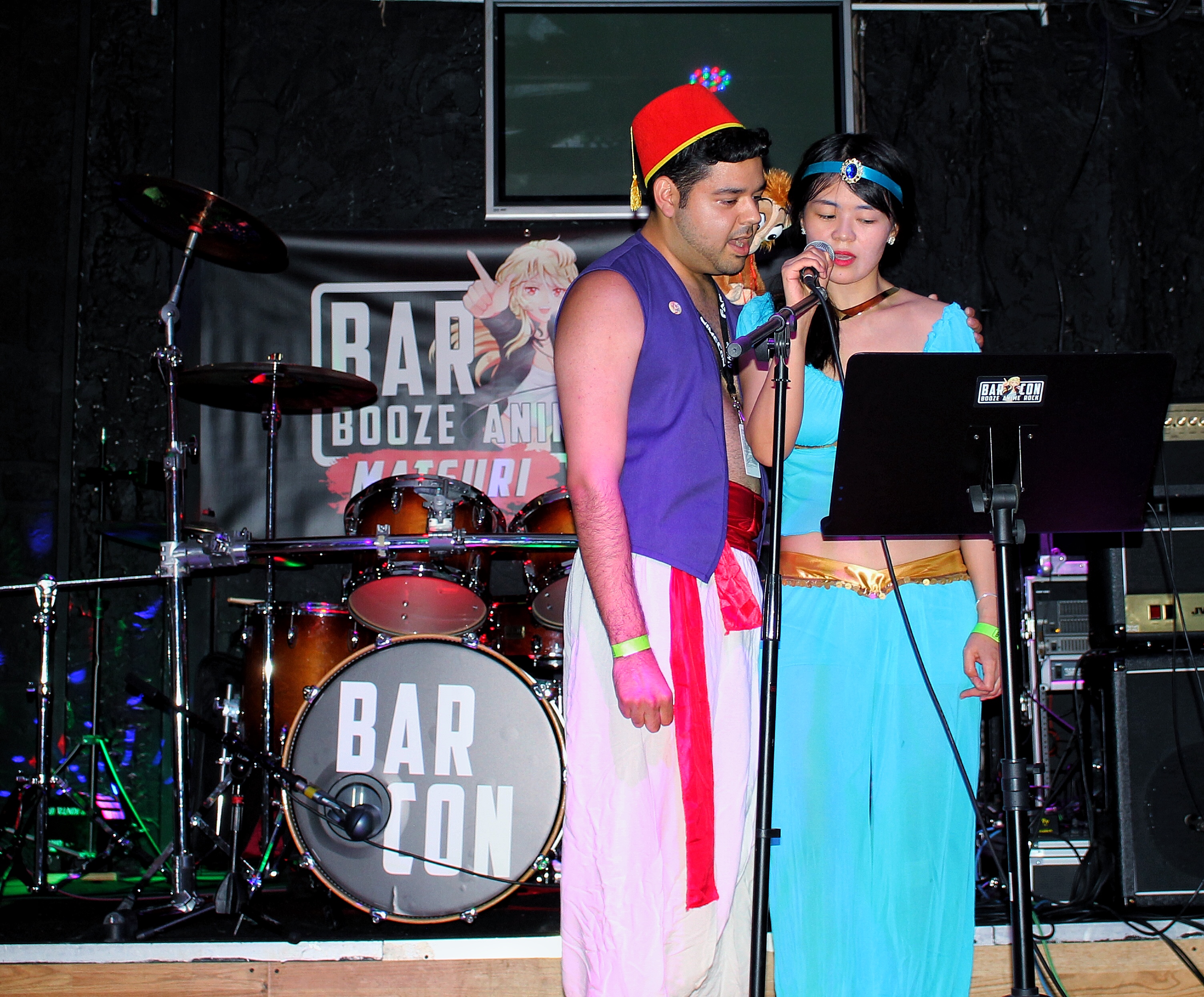 BarCon started with a karaoke show which had guests sign up and perform on stage. Many fans got the chance to demonstrate their musical talent in front of a growing audience. The highlight of the show was the performance of Jesse Mederios and Victoria Cai, a couple cosplaying as Aladdin and Jasmine, who were singing “A Whole New World”.

The anime for the night was Kakegurui in the lounge area and Love Live! School Idol Project at the bar.

Kakegurui follows Yumeko Jabami arrival to Hyakkaou Private Academy (a school in which the hierarchy is determine by ones gambling skills) and how her care free attitude shakes up the established order. The series started in 2015 but has gained popularity in the West thanks to the English version being released on Netflix early in 2018.

Love Live! School Idol Project follows a group of friends who become idols in order to save their school from shutting down. There was also a Love Live! Drinking Game in which participants had to take a drink when Nico says “Nico Nico NII!” and finish their drink when a song is performed in its entirety. 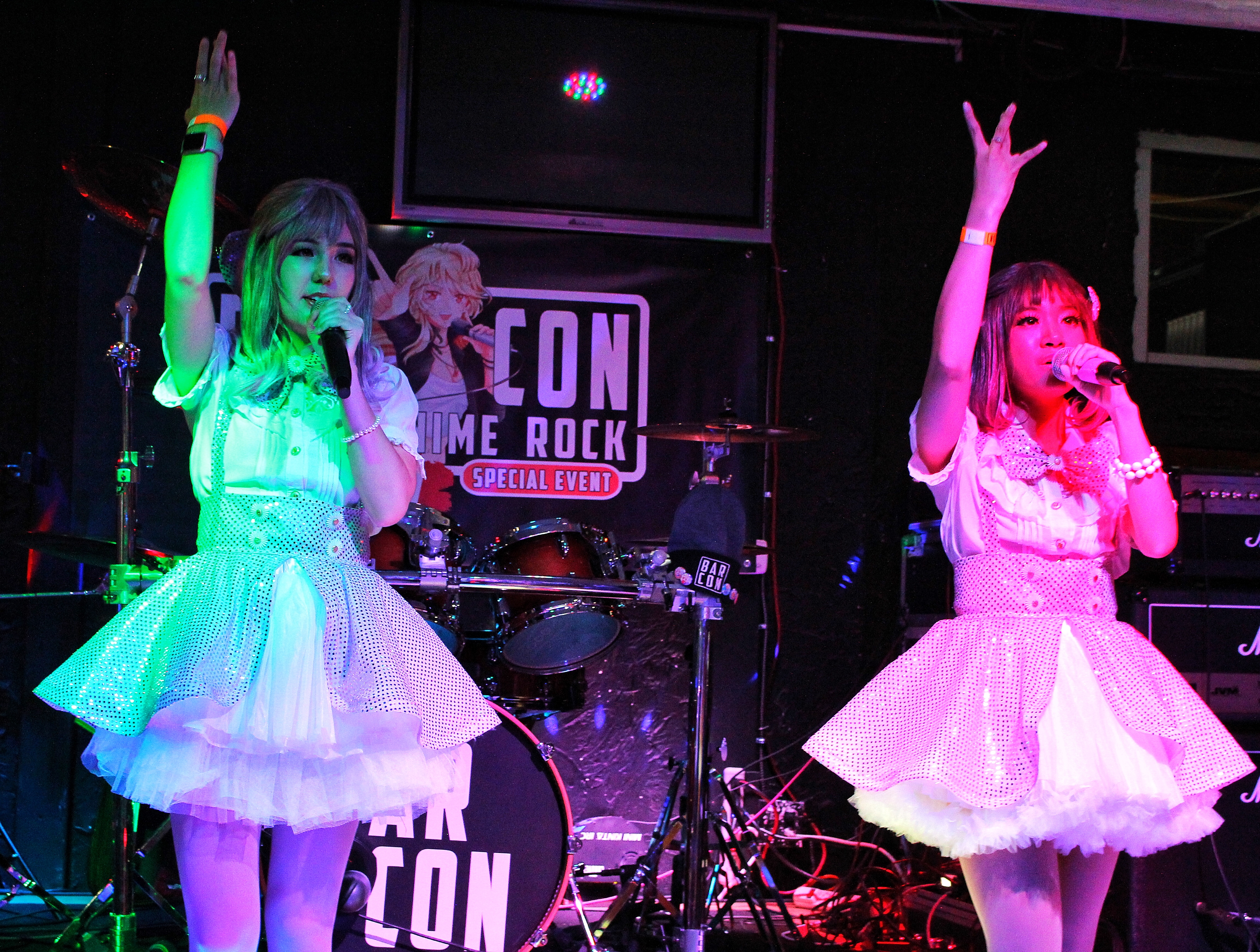 The musical performance of the night started with Idol Academy, followed by the Candy Bomber and finally the main show with Phoenix Ash.

Idol Academy is a J-Pop school that trains fans in how to perform like an Idol. Two of their instructors had come to put on an authentic show. The duo performed several hit J-Pop songs while their fans waved glow-sticks and got the crowd to participate in the experience.

Candy Bomber is a J-Rock band from the LA area known for their covers of iconic songs from video games and anime’s. For the show, they were dressed up in a Kakegurui themed outfits while Paprika Mari was cosplaying as Yumeko Jabami. They started their show with “Tank!” (the theme song to Cowboy Bebop) before moving on to other iconic anime songs.

A regular at BAR Con and anime events, Phoenix Ash is the only American J-Rock band as they are signed with Plug Records label in Japan. Their performance was the highlight of the night as the SoMa Back Bar was packed during their performance. 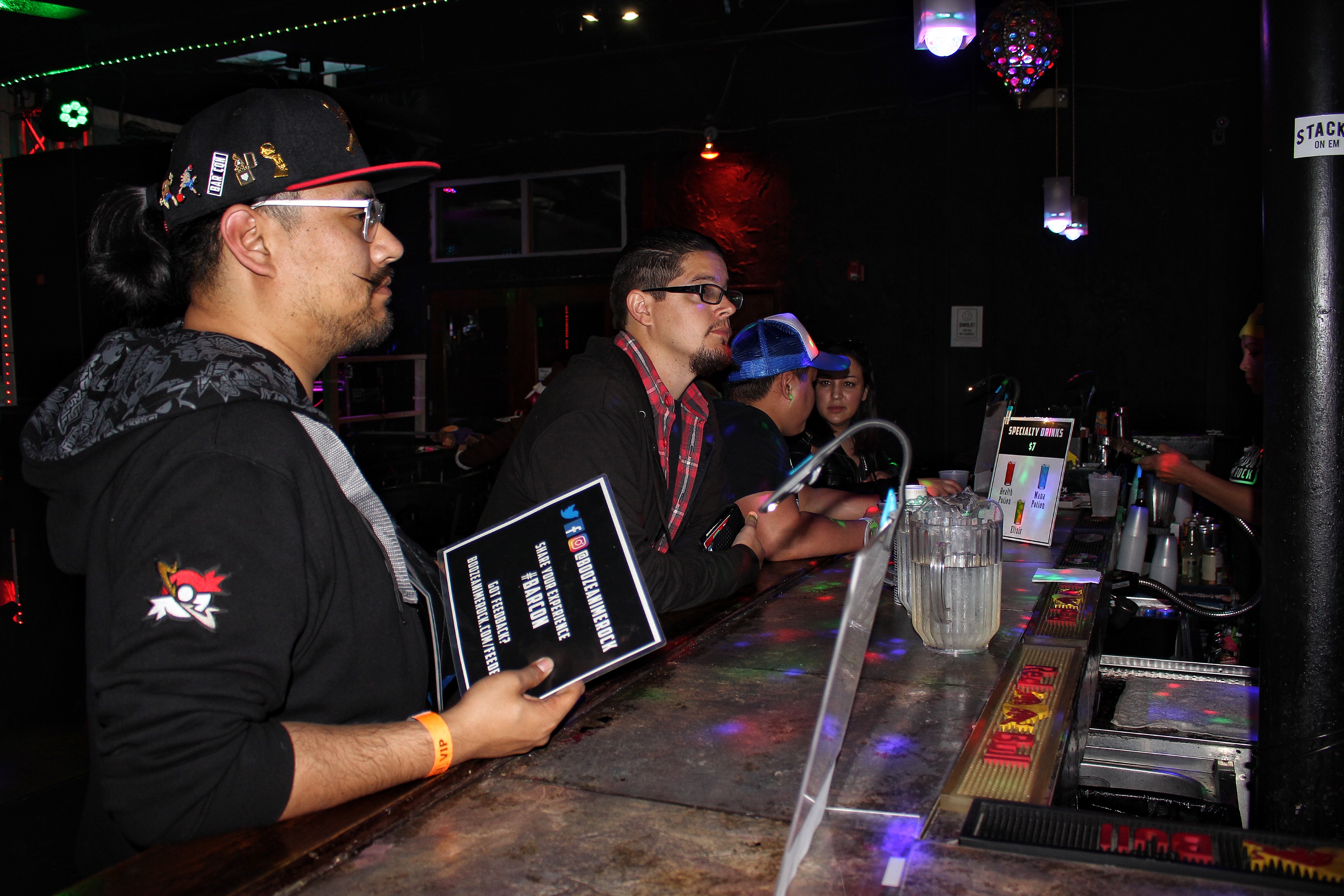 Fun at the Bar

Despite the musical performance along with the screening of two anime shows, the bar was still the perfect spot to mingle and make new friends. The specialty drinks for the night were Health Potion, Mana Potion and Elixir (but you could not go wrong with a simple beer).

Did you get a chance to check out FanimeCon 2018 or BAR Con Matsuri!? If so then share your story in the comment section below.

Disclaimer: BAR Con only provided me with a ticket to the show.