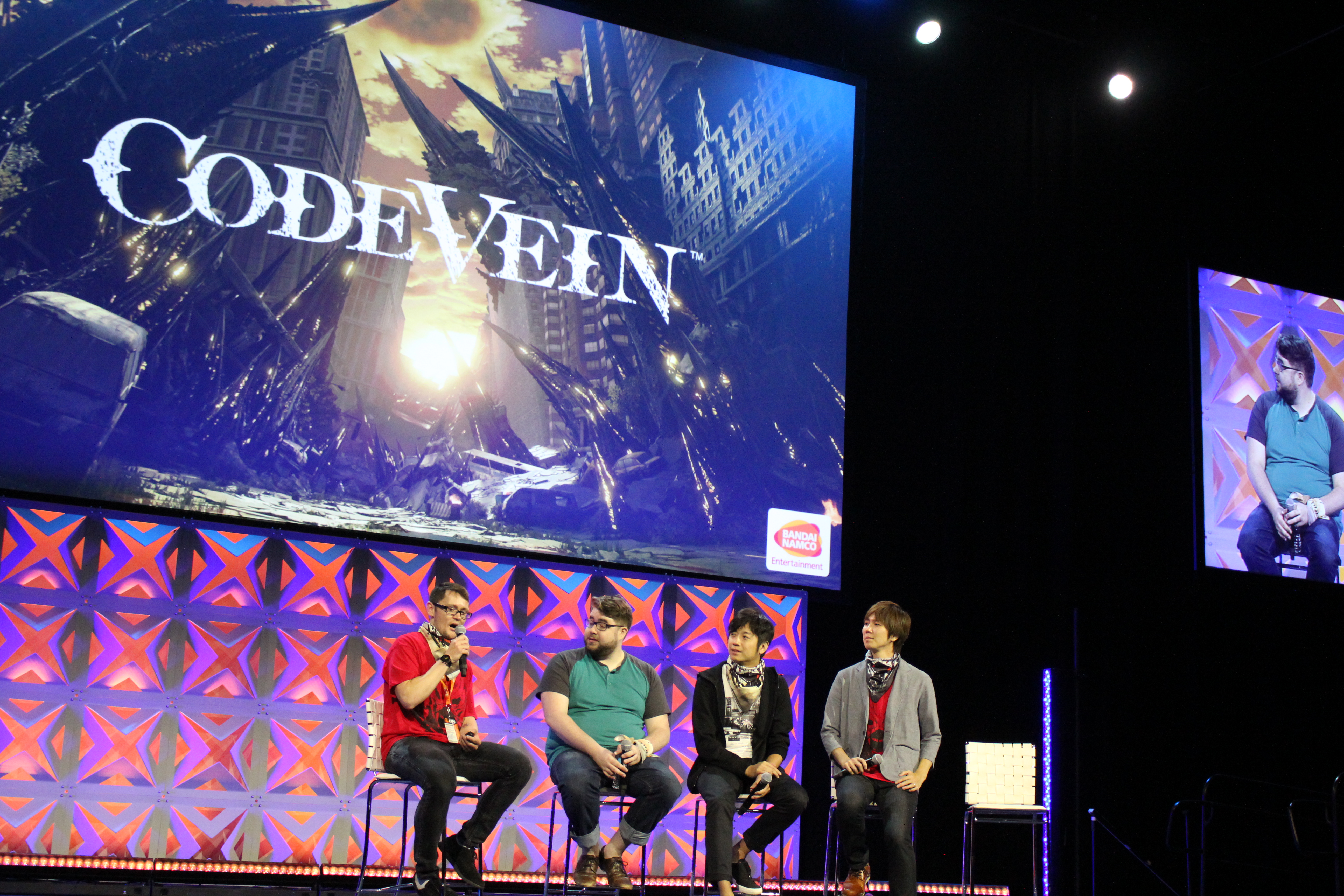 Code Vein is the highly anticipated title from Bandai Namco and so the team was present to share its progression at Crunchyroll Expo.

Presented on the Main Stage as one of the first panels for Saturday, this was an opportunity for fans learn about the new game. The panel featured director Hiroshi Yoshimura and producer Keita Iizuka along with professional cosplayer Vanessa Degalicia posing as Mia.

Intro to Code Vein started with the official trailer to explain the primes of the game for those who are unfamiliar with the project. The panel would also included several never before seen trailers that were created just for Crunchyroll Expo.

Yoshimura and Iizuka then explained the premise of the game along with the world that players will be exploring. Players will take on the role of a Revenant (half human / half vampire with no memory of their previous life) who must explore a post-apocalyptic world dominated the Lost (mutants who have lost their humanity). The story will mostly focus on players trying to survive while finding clues to remember their previous life.

Following the premise, they explained how the RPG inspired gameplay is going to function along with the mechanics of the combat system. Basically, they compared it to Dark Souls and Bloodborne. Finally; Yoshimura and Iizuka went into details about Mia with Vanessa Degalicia cosplaying as the character.

Intro to Code Vein was one of many panels that were presented during Crunchyroll Expo 2017. Fans could also could get Hiroshi Yoshimura and Keita Iizuka autograph during their signing sessions.

This special report is part of 8Bit/Digi‘s coverage of Crunchyroll Expo. If you attended the event or comic con, please share your thoughts in the comment section below.