With three of the most highly anticipated titles of 2017 being released on one night, the local GameStop was the place to be. 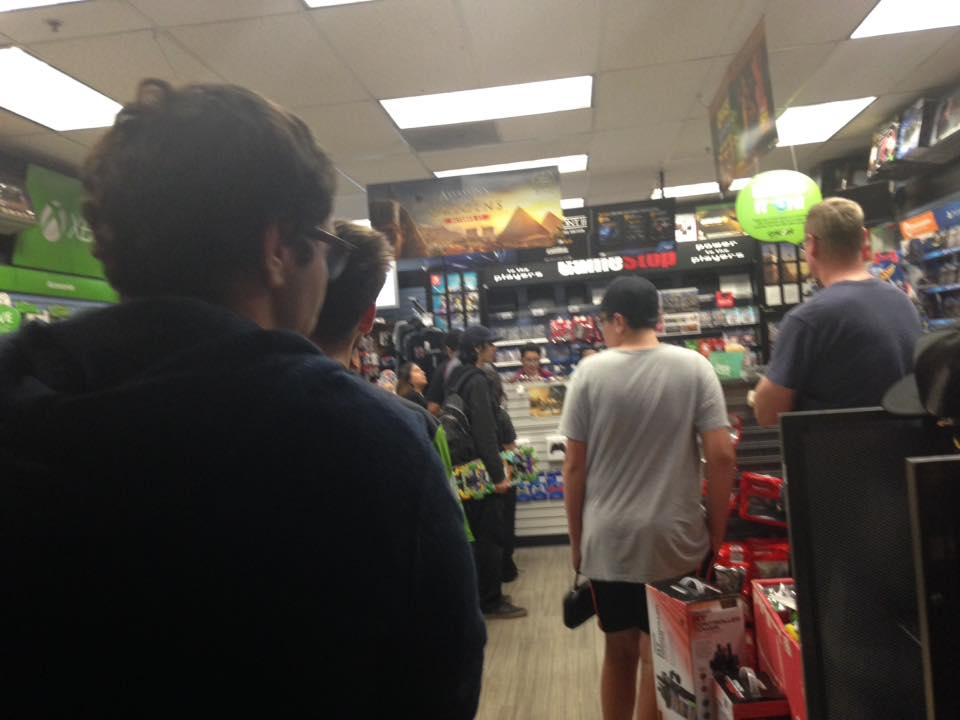 Three of the most highly anticipated titles of 2017; Super Mario Odyssey, Assassins Creed: Origin, and Wolfenstein II: The New Colossus were all released on October 27th. Hence, it was obvious that the local GameStop was the place to be for a midnight launch*.

It comes as no surprise that the majority of the crowd was there for Super Mario Odyssey. One customer, Robert Owen could basically speak for the majority when he said,

Super Mario Odyssey is one of a few reasons I got the Nintendo Switch and now I’m all set for the weekend.

With so many GameStop’s in the Bay Area, I was over at the one in San Jose on Camden Ave. Even though its a small store that at best could hold 20 people inside, a gathering of over 50 had gathered with a line going out the door. A friend of mine in Santa Clara had texted me of even a similar crowd at the shop at the Rivermark Village.

The bulk of the crowd had arrived around 8:30pm and were just hanging around until the line could be organized. Few had to finish paying-off a pre-order while others just browsed the selections in the hopes of finding a good deal.

Even though it was a shot wait, the GameStop staff kept the night interesting with a raffle. Winners could select from a verity of prizes such as a Super Mario Odyssey hat or other Nintendo gear.

When the clock hit 9, the line started to move and it went fast. The customer shows the sales rep their receipt and they get the game they pre-ordered. Everyone got their game and cleared out before 9:30.

*Midnight by Atlantic Standard Time, which meant it was 9PM here on the West Coast. Which is awesome because we can play a little of our favorite game before Stranger Things Season II begins.