Skip to content
AOD Con has Been Disbanded
News

AOD Con has Been Disbanded

A staple of the Bay Area Con scene for 15 years, AOD Con has announced their disbandment. 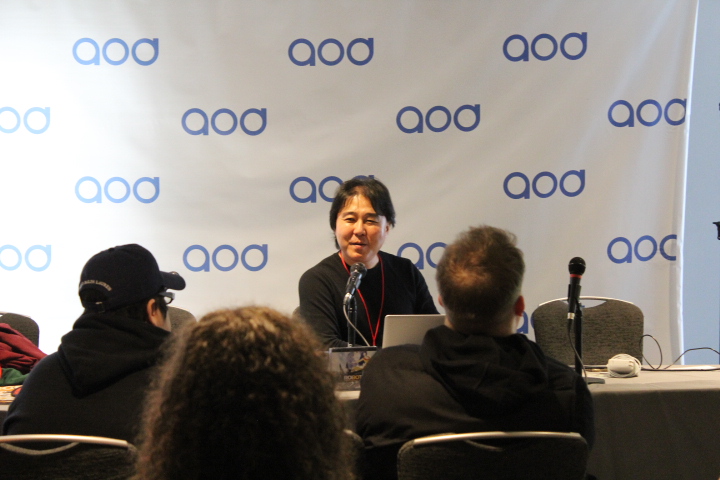 Anime fans in the Bay Area were heart broken to learn that AOD Con has been disbanded after 15 years.

Since October; rumors had been circulating that AOD Con has been canceled, disbanded or is going to merge with another fan convention. However no staffer or volunteer could comment at the time while many vendors had already purchased a spot for the 2018 event, hence adding to the uncertainty.

AOD Con finally addressed the rumors in a statement that was made available on November 22 via Facebook. The post stated:

By now, you may be wondering about dates and status for AOD 2018.

AOD has been a fixture in the San Francisco Bay Area’s anime community for 15 years now, and we are extremely grateful for your continued support over the years.

Fifteen years is an extremely long time in this scene. After a summer of reflection, we have decided that for a variety of reasons, the time has come for AOD to “graduate”. As such, we are announcing our retirement from the anime convention scene.

If you were an exhibitor who placed a deposit for next year, you should have already received information from us on the refund process. If you have any other general questions, please use the Contact Us form on our web site (http://aodsf.org/contact/). After this weekend, we will no longer be monitoring AOD’s social media accounts, but our web site will remain online for the foreseeable future.

Some of us will be forming a separate group to develop a new event focused primarily on gaming. When ready, the new group will be making an announcement, so stay tuned.

Once again, thank you for all of your support over the years. It has been a tremendous honor to to serve our community, and we hope we were able to create many great memories and wonderful experiences for you.

Fans of AOD Con were heartbroken to hear the news and shared their thoughts on Facebook. For many, AOD Con was their first anime convention, either as an attendee, panelist or vendor.

One disappointed regular that was reached out to was Maxwell Kappes, well known as one of the founders of the Foundation of the Preservation of Gen 1 Pokemon. Their panel have become a staple of the anime con scene of the Bay Area and AOD Con has always been a favorite of his. He stated,

“AODCon was without a doubt my favorite small convention to present at. The convention had great programming and a fantastic layout compared to other conventions of their size. I’m really bummed that I won’t be able to present with them again, and I hope the staff the best.”

Another regular that was reached out to was Robert Pleasant, a freelance writer for G33k-HQ and Multiversity Comics. He is well known for his coverage of fan conventions in Northern California and was present at AODCon 2017. He stated,

“AOD was my first convention, thirteen years ago, back when it was called “Anime Overdose.” It’s gone through a lot of changes over the years, switching venues and growing in size, but it’s always been a staple convention here in NorCal. I made a lot of great memories and met many great friends at AOD, so it will be missed. Thanks for all the great times, AOD.”

8Bit/Digi was honored to have attended AOD Con 2017 and you could check out our coverage here. More details about their new game convention will be made available later on in the future.