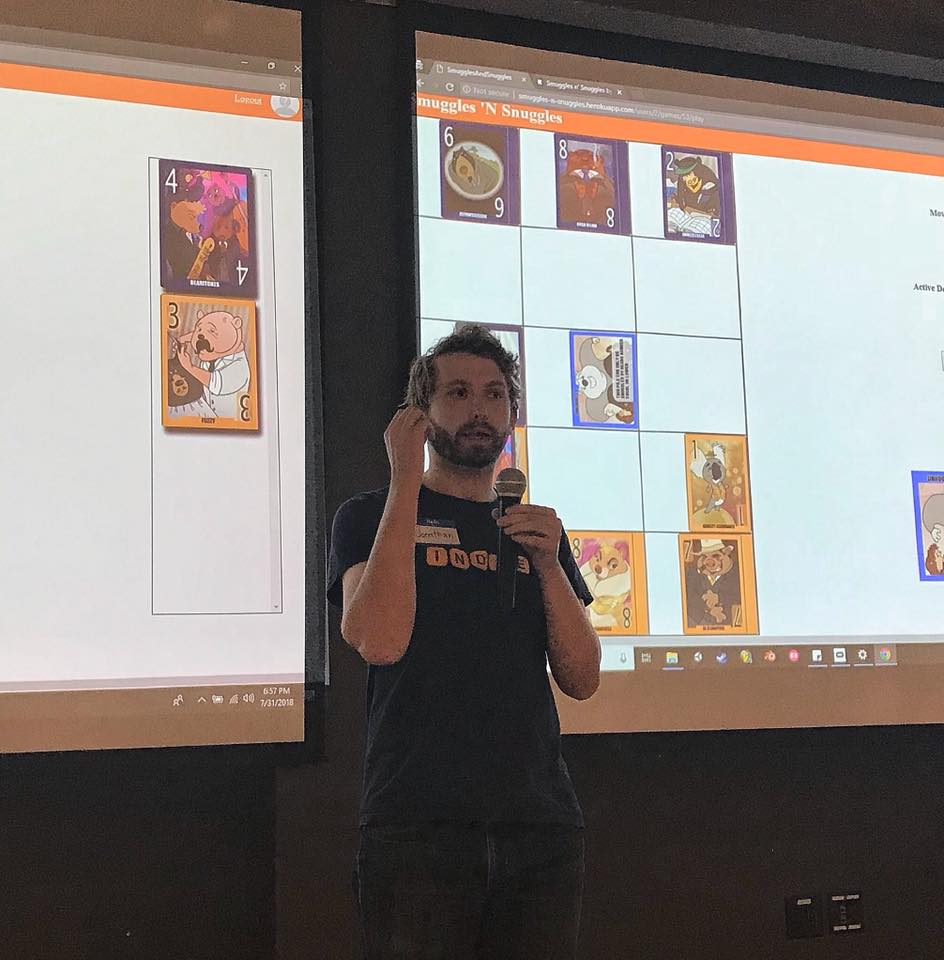 In a special event that is the first of its kind in the Bay Area, the Game Pitch Night was an opportunity for Indie developers to present their work in front of a small audience. The event was held at ThoughtWorks office in San Francisco and was hosted by Ben Savage.

Before the pitch, Nick Klingensmith from Microsoft Mixed Reality and Simbryo Studio presented a special discussion on his experience in making Indie games. Titled 52 Games in a Year, the presentation looked into how he attempted to make 52 titles in a year and what he learned from the experience.

Four game developers brought their project to an audience that would appreciate the experience or offer feedback on how to improve it. Each developer had a unique story behind the development of their game while volunteers were asked to try the game and give their feedback.

Rocket Swords is a VR game that (in the words of its developer) is self explanatory. Players will wander through a world and slash targets (like evil clowns) with the rocket sword. Several guest volunteered to play it and share their experience with the audience.

Smuggles N’ Snuggles is a gangster themed turn based card game with bears. The premise is a battle between Country Mafia Bears vs. City Mafia Bears trying to dominate the underworld. The game currently has meet its goal on Kickstarter and backers should be receiving their copy of the game in the coming months.

Turbo Arena Deathball asks “what if Rocket League was a shooter”, the answer is one awesome fast paced experience. During the demo, two volunteers went up against the host while he gave his presentation. The focus of the game is to get the ball to the opposing teams side while also shooting at each other. The game is currently in the pre-Alpha stage with the plans of having a Beta version ready sometime in early 2019.

Vilmonic is artificial intelligence simulator that has players trying to evolve a creature in a post-apocalypse world. The game is currently in Steam Early Access but it’s set to have a full release sometime in the next few weeks.

After the presentation, guests had the opportunity to have a quick one-on-one with the speakers or to mingle among each other. Food and drinks were provided for everyone while demo tables were also set up for anyone who wanted to sample the games.