A first hand look at the upcoming shooter Evasion for the HTC Vive and Oculus Rift. 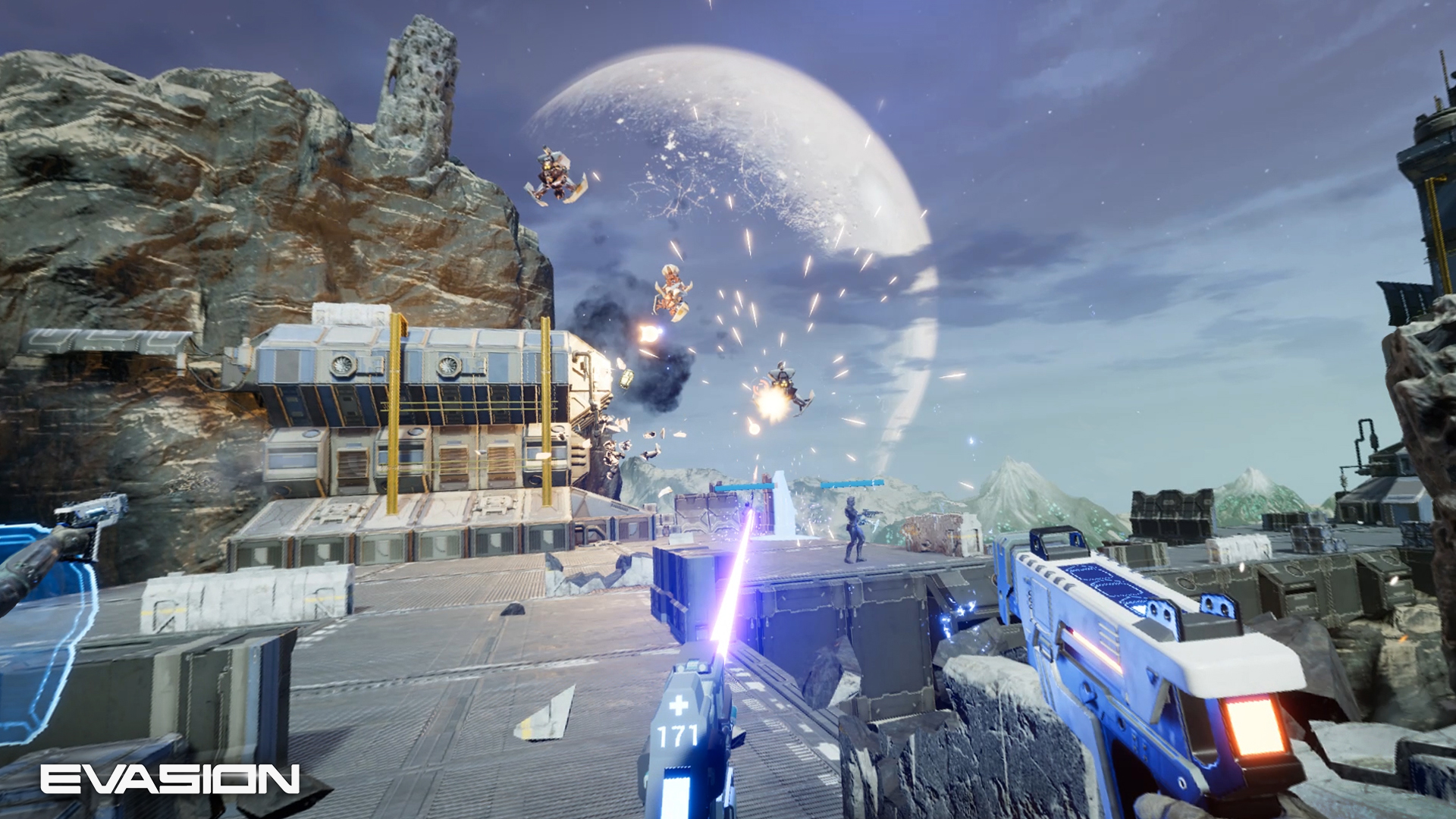 The team at Archiact has announced their first title Evasion, a Sci-Fi themed first person shooter set to be released for the HTC Vive and Oculus Rift in early 2018.

Note: This is not a review but thoughts on sampling the game. 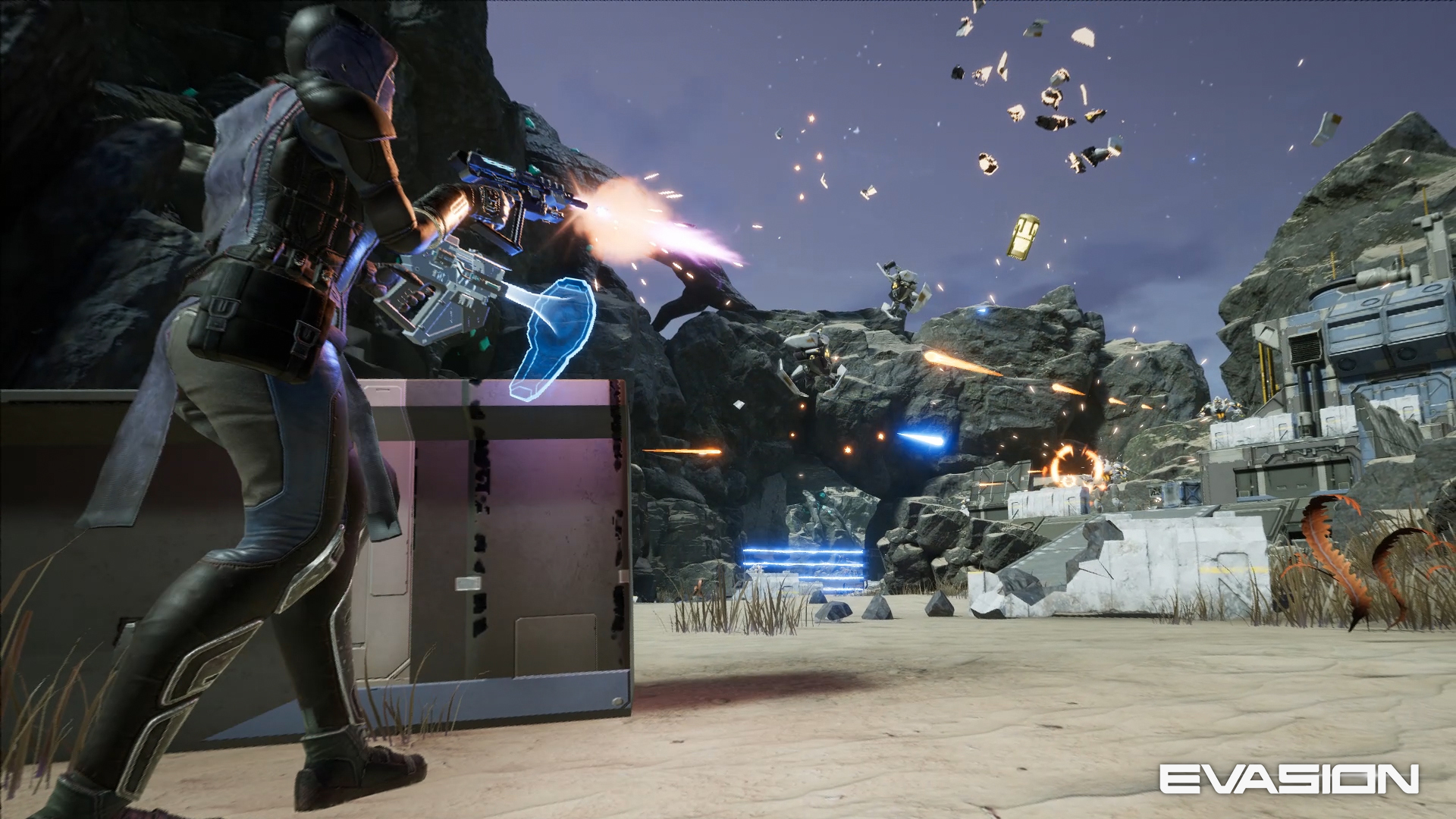 To get a good understand for how Evasion will function, I went through the tutorial. Thanks to the guidance of Jennifer Dowding, the games senior producer, I was able to learn the mechanics quickly while exploring its many features. The tutorial also gave me a chance to have a good sense of the environment, which I was impressed by the level of details.

The gameplay at its core functions like first person shooter with RPG elements but unique to the experience are using a weapon for combat and a shield that also functions as a multi-tool. The locomotion could be broken into three categories that players could chose from based on their comfort while playing a VR game. While I didn’t have the chance to check it out in detail, the final games is expected to have class-based gameplay with customizable abilities and upgrades.

Following the tutorial; I teamed up with a few of the guys from Archiact to play a round in the multiplayer. We each had three classes to chose from along with a choice on how the locomotion functions during the game. Our goal was to capture a few checkpoints on the map and defeat a boss. Here I got see the destructible environment being full embraced while also learning more about the co-op experience. Despite my status as a noob holding the team back, we were successful in completing the level. 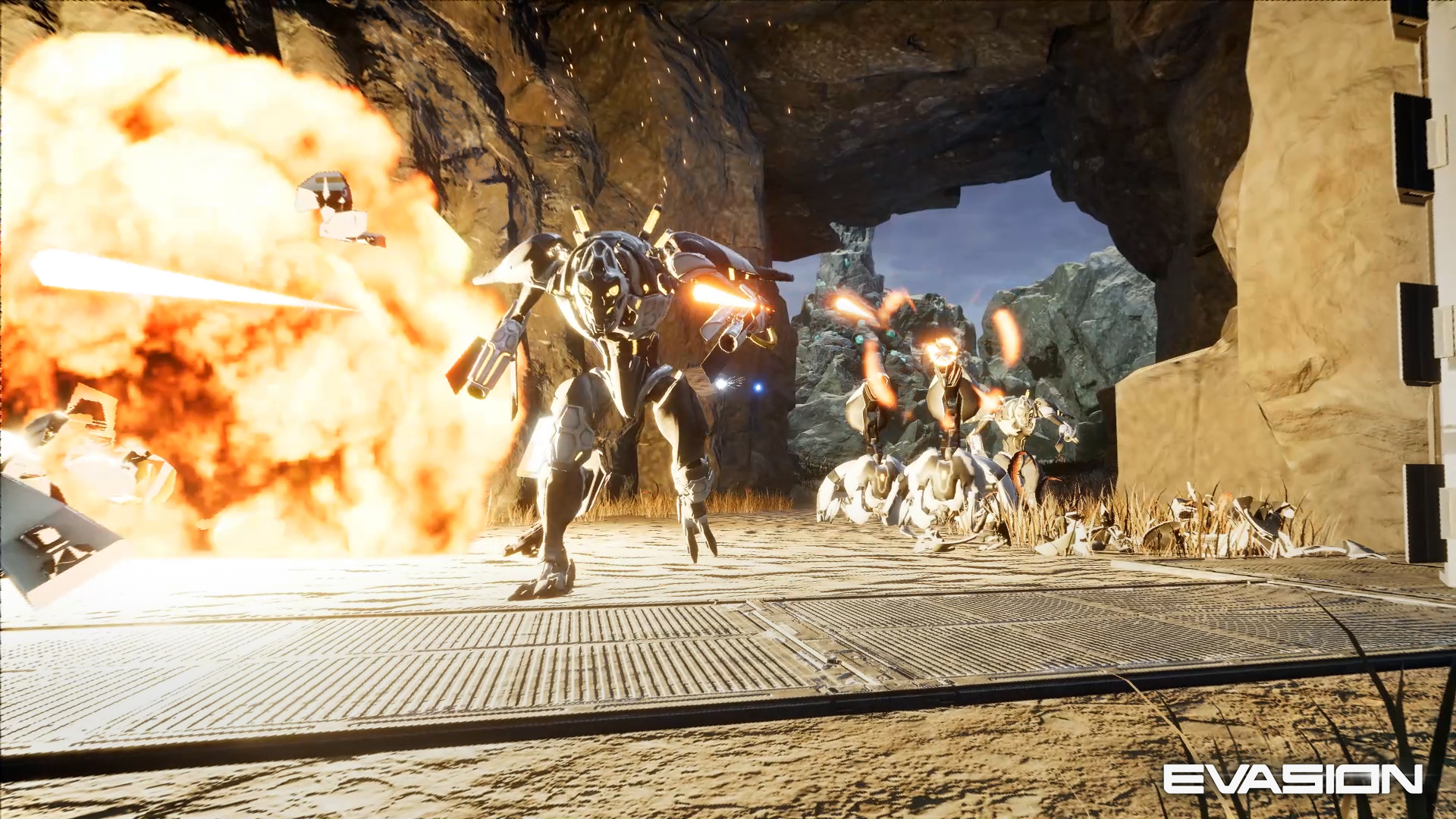 In regards to the setting; at first glance one will sense that Destiny had a huge influence on the development of Evasion. Yet that is only in regards to part of its aesthetics as the influence of other Sci-Fi shooters like Red Faction and Metroid: Prime could also be sensed. Ask the team and they will describe it as ‘Starship Troopers meets John Woo‘. Despite its many influences, it has borrowed enough that it has a foundation while at the same time having created its own identity.

In regards to the gameplay; it’s a first person shooter with several unique mechanics while utilizing the VR technology. The controls were easy to learn and a lot of the functions are easy to use. The setting is so well detailed while the environmental destruction is one of the best I’ve seen since Red Faction: Guerilla. I also need to give it credit for making the difficulty curve challenging to the point that players need to work together to overcome the many obstacles and to complete the objectives.

Overall this is a title that gamers should look out for in 2018. Virtual Reality gaming is starting to abandon its experimental phase as studios begin to develop more ambitious titles. Evasion is looking to be one of the titles that sets the foundation for other games to follow in the years to come.

This special report is part of 8Bit/Digi‘s coverage of Virtual Reality Developers Conference. If you attended the event and played Evasion, please share your thoughts in the comment section below.

Disclaimer: VRDC provided 8Bit/Digi with press passes for the weekend.

Special Thanks to Chris Ansell, Jennifer Dowding and the Archiact team for allowing me to try out Evasion.