Dirty Harry was released 45 years ago on December 22. The film was a byproduct of the era while reflecting on the public’s demand for law and order.

You’ve got to ask yourself a question: ‘do I feel lucky?’ Well, do ya, punk?

In one of the most memorable moments in cinema history, (with a S&W Model 29 drawn) Client Eastwood first utters those iconic words to a wounded bank robber. It was an unforgettable scene that introduced audiences to a new hero, one that is whiling to do what is necessary for the greater good.

Dirty Harry was one of the first true action films that help set the foundation for the genre, a violent and gritty film with a hero who shoots firsts then asks questions if they’re any survivors. The film was a byproduct of the social climate of the era and was panned upon its release. Yet the film made Eastwood a pop-culture icon while becoming the blueprint for other unconventional heroes.

To understand the inspiration behind Dirty Harry, one needs to go back and examine social climate of the era.

The late 60’s was a time of social and political unrest in the United States due to a clash of ideology in a changing world. The Civil Rights Movement had empowered disenfranchised groups to stand up for their rights while protests against the Vietnam War erupted across major universities. Morals and values were also being challenged as the conservative culture was at odds with the counter-culture movement.

The San Francisco Bay Area was at the center of this battle for the heart and minds of America. Civil Rights advocates like Harvey Milk were fighting for equality in San Francisco while the Black Panthers Party for Self-Defense emerged in Oakland. Students at the University of California, Berkeley and organized a series of protests against censorship laws, racism and the arms race. Many of the early counter-culture figures were able to establish themselves among the progressive population of San Francisco. In the backdrop of this social change and conflict was the Zodiac Killer and his reign of terror that haunted the Bay Area.

By the time the decade came to an end, those who just wanted a restoration of law and order elected into office candidates who would stand up this change. In 1966, California voters rejected Governor Pat Brown’s continued polices of social progression in favor of Ronald Reagan and his promise to “send the welfare bums back to work” and “to clean up the mess at Berkeley“. This mood was shared by the country and in 1968, Richard Nixon was elected President of the United States on a platform to restore law and order. 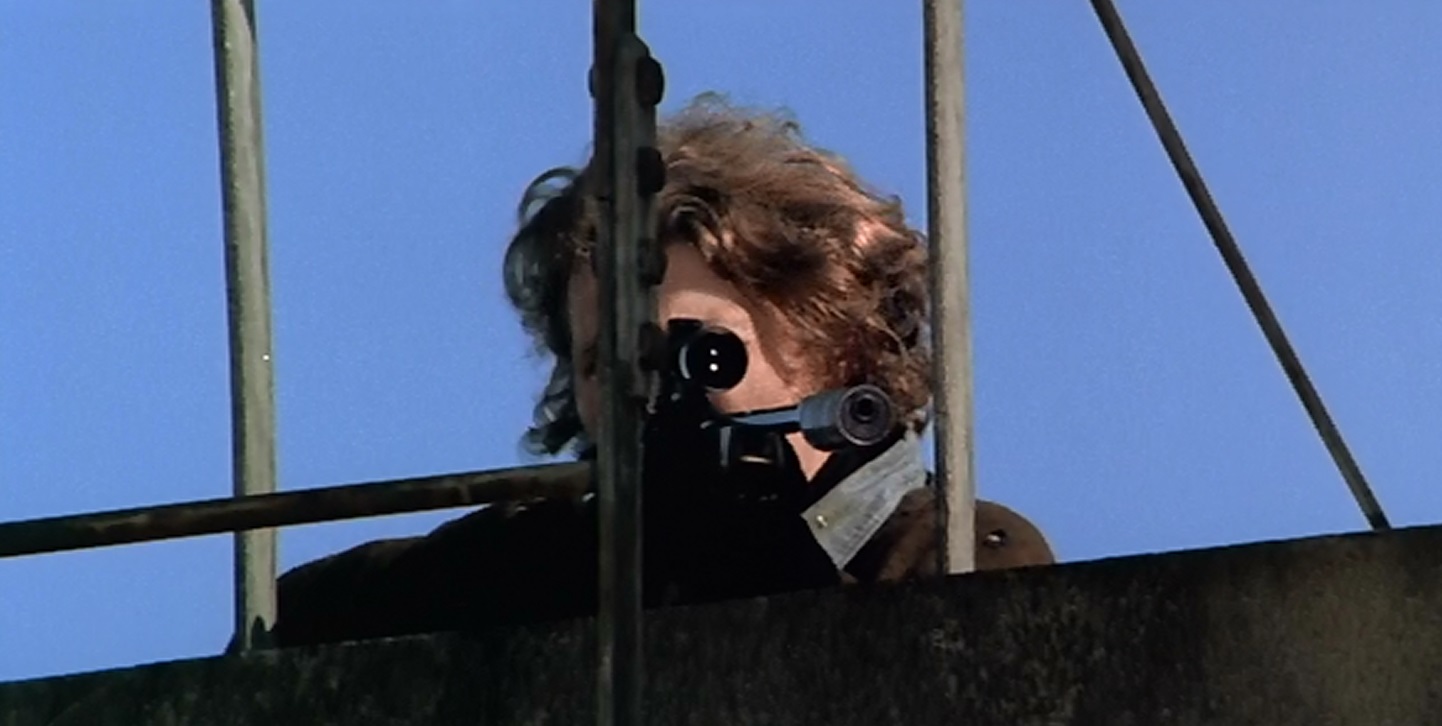 Dirty Harry was the manifestation of the political climate of the era, a hero who upholds law and order while giving criminals their just due. The first attempt to bring such a story to the screen involved a script by Harry Julian and Rita M. Fink titled “Dead Right” which focused on a game of wits between an NYPD detective and a serial killer. This project would then attract acclaimed director Don Siegel along with an upcoming screen writer named John Milius. It would be the uncredited work of Milius that would introduce the world to Dirty Harry.

The story follows Inspector “Dirty” Harry Callahan as he hunts down a serial killer calling himself “Scorpio” but his tactics become a problem for city officials who feel he is crossing the line. The film was a reaction to what many saw as policy’s that favored criminals over the victims while also inspired by the hunt for the Zodiac Killer. Scorpio methods and traits were based on the actual killer while Dirty Harry was loosely based on Dave Toschi, the chief investigator in the Zodiac case.

Highly praised today as one of the most iconic films of the era, Dirty Harry was panned by critics upon its release in 1971. Obviously the film was denounced for its level of violence as such quality was unthinkable at the time. A movie about a cop using extreme tactics did not sit well with most critics pundits. This lead to the film being denounced as a work of “Fascist propaganda” that glorified police brutality.

Another of the most common criticisms of the film was that it praised vigilantly justice while the character of Dirty Harry has often been labeled a vigilant. This critique lacks merit as a vigilantly is one who takes the law into their own hands. Harry Callahan can not be labeled a vigilantly because he is a cop who is sworn to uphold the law. His methods may be unorthodox and sometimes brutal but he is still doing his job of enforcing the law. The critique of glorifying vigilantly justice would be picked apart in the sequel, Magnum Force, were Callahan goes against a group of cops who operate like a death squad. Even by modern standards, his tactics are no different from those used by Martin Riggs in the Lethal Weapon series or Jack Bauer on 24.

Despite the backlash, Dirty Harry was a hit with audiences and became significant to the cinematic arts. It success spawned a series that included Magnum Force, The Enforcer, Sudden Impact and The Deadpool. The American Film Institute ranked the film as the #41st greatest action film while Harry Callahan was ranked as the #17 greatest heroes and the line “‘Do I feel lucky?’ Well, do ya, punk?” as the #51st greatest quote (“Go ahead, make my day” from Sudden Impact is ranked #6). In 2008, the S&W Model 29 used by Callahan was ranked as the #2nd most iconic weapon in cinema. In 2012, the Dirty Harry was selected for preservation in the National Film Registry by the Library of Congress for being cultural and historical significance.

Dirty Harry would also become a pop-culture icon by establishing the tone of the action genre during the decade while inspiring many artists in later years. Many credit the film for setting the foundation for other gritty action titles that would define cinema of the 70’s. At the same time, the expression “Dirty Harry” entered the American lexicon to describe ruthless police officers. Enter the 80’s and many looked to Dirty Harry as a source of inspiration, with Batman: The Dark Knight Returns by Frank Miller being the most notable example.This influence continued into the 2000’s as many looked to Jack Bauer as the Dirty Harry for the War on Terrorism while critics would compare Max Payne to Harry Callahan.

45 years after it’s release, Dirty Harry has grown to become a staple of American cinema while Harry Callahan continues to be the foundation for the rogue hero. Pop-culture has changed a lot but nobody will ever forget that .44 S&W Model 29 and the famous line, “You’ve got to ask yourself a question: ‘do I feel lucky?’ Well, do ya, punk?”.

Have you seen Dirty Harry or have something to say? Share your thoughts in the comment section below.