The Legacy of Crysis, 10 Years Later

Looking back at the legacy of Crysis, a title that was the poster child for hardware demanding PC games.

Some games left their mark because of an innovative gameplay feature or had an unforgettable story with memorable characters. Then there were games that became an icon for their technical achievements. That is the overall legacy of Crysis, a shooter that was so visually stunning that it was the poster child for every PC gamer of why they are superior.

Back in 2007, Crysis was a technological achievement that pushed gaming hardware to its limits. At the time it was litmus test in determining the hardware of a gaming computer while also giving rise to a popular meme. It has been ten years since the game was released and technology has now caught up but one can not ignore the impact it had on gaming.

This is a reflection of how one title pushed gaming technology to its limit while being the pride of PC gaming community for many years. 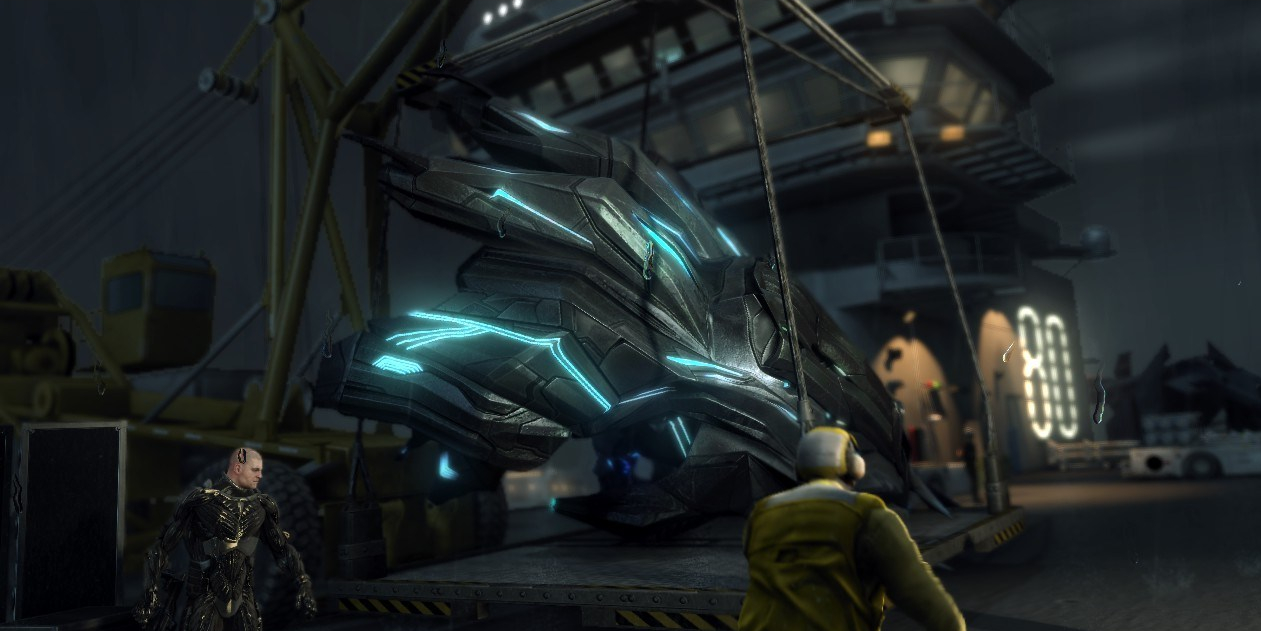 The story Crysis begins following the success of the original Far Cry for the PC in 2004. The game was critical and commercial success while winning many industry awards. However the partnership between Crytek and UbiSoft ended with the lat latter keeping the rights to the series. This would be a win for both parties as the Far Cry series would grow to redefine gaming while Crytek would create Crysis as a spiritual successor to their masterpiece.

Crytek wanted to do more then make a spiritual successor to Far Cry, they wanted to introduce a new game engine that would be future-proof. Their response to this dilemma was CryEngine 2, one of the most advanced game engines ever made. Among the key features of this engine were AI editing system, facial animating tools, dynamic lighting effects, real time FX editor, and sandbox development layer just to name a few. Despite being cutting edge, Crytek would improve the engine which lead to the creation of CryEngine 3, 4 and V.

Overall this was truly the first real next-gen engine that gamers have always dreamed about. 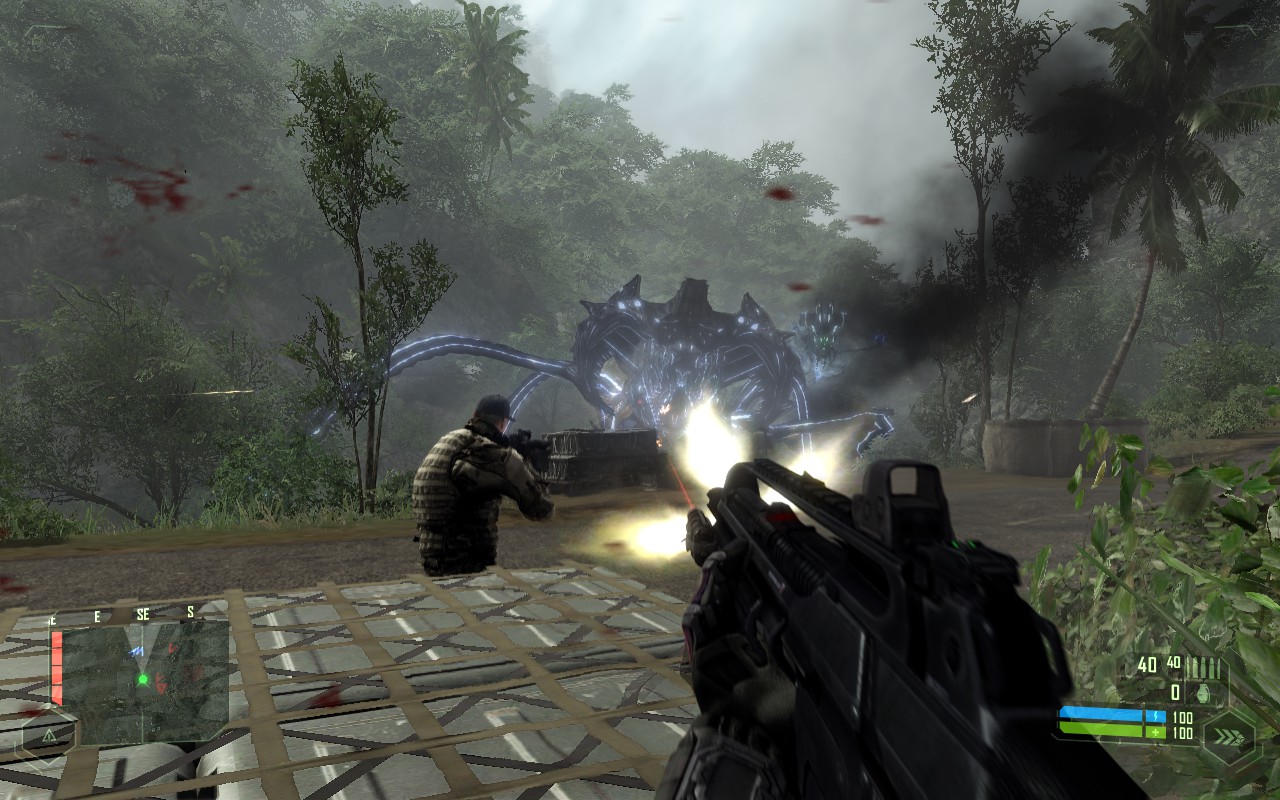 Battle for the Lingshan Islands

Set in the year 2020, North Korean forces have invaded the Lingshan Islands after an American archaeologists team has discovered something that could change the world. In response, a special high tech unit of the Delta Force (code named Raptor Team) is deployed to neutralize the North Korean forces and rescue the civilians. Upon their arrival, Raptor Team soon learns that there is another hostile force on the island that is of alien origin. Players take on the role of Nomad, who must reunite with his team while fighting-off the North Korean occupiers and uncover the origins of an unknown entity.

Crysis was not well known for its story and some may have a hard time taking it seriously, especially with a plot that involved aliens and a somewhat technologically advanced North Korea. However one had to appreciate the games blend of a fast paced military shooter within a sci-fi setting. Future titles in the series would craft a better story and would have a more science fiction atmosphere.

What it lacked in story was made up in gameplay as the team took the lessons learned from Far Cry as a foundation. Players could either go in guns blazing or sneak around and use the environment to their advantage. The game offered players a good selection of weapons that could be customized based on ones preference. Several times during the game, players would have access to ground and air vehicles that were easy to operate. 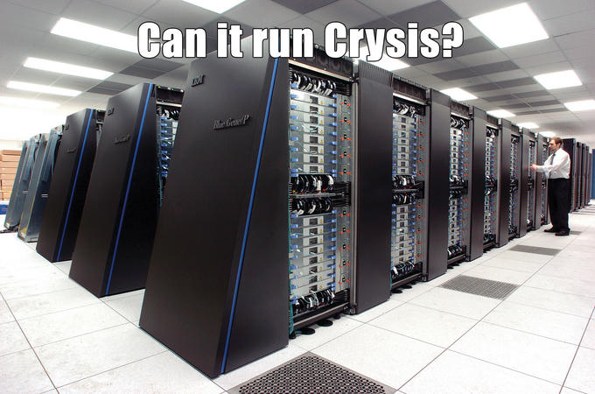 Can It Run Crysis?

The question that became the bane of every IT professional and Apple fanboy, “can it run Crysis?“. If someone needed to know about the power of a computer but was clueless regarding the technical specs then all they have to do is ask that simple question. No matter how powerful the hardware or advanced the graphics card was, the only thing that mattered is if it could run Crysis.

It’s hard to understand today but back in 2007, Crysis was such a hardware demanding title that no computer at the time could run it on full setting. The running joke among gamers was that one needed a NASA supercomputer just to play the game properly. This of course gave rise to the famous questions and popular memes.

Nobody stays on top forever as titles like Grand Theft Auto V and The Witcher III have surpassed it in being graphically demanding. Despite new titles, Crysis will always remain as the poster child for demanding the most from a PC. 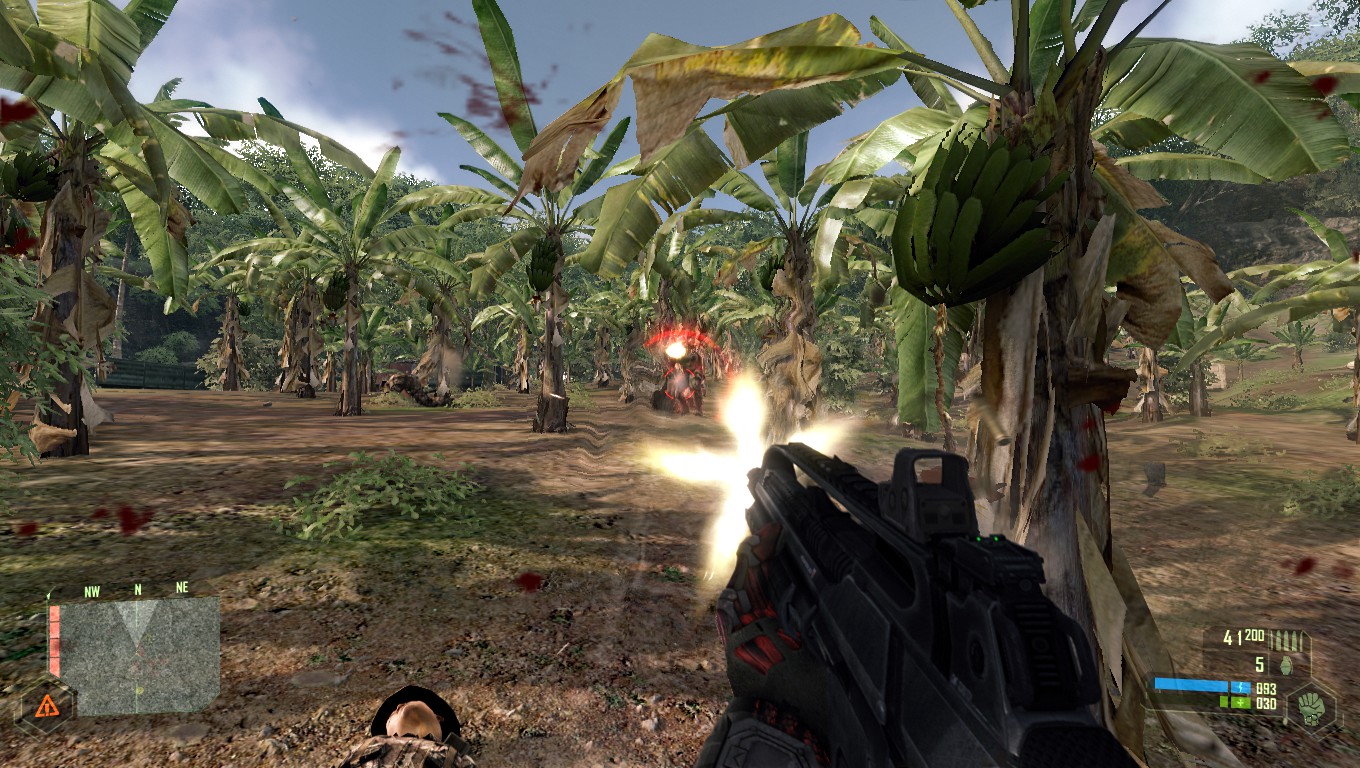 Crysis was the game that raised the bar for visual design in gaming and became the crown jewel for PC gamers. One can not talk about it without bring up its hardware demanding graphics. However don’t overlook its gameplay and story. As a title itself, it was an unforgettable experience while being rich in replay value. Hopefully overtime more gamers will think of its gameplay first and not “can it run Crysis?” memes.

It has been 10 years since Crysis was released for the PC but it has left a lasting legacy in the gaming world. It paved the way for modern games while franchises lives on through a series that has been highly praised by critics and gamers.

Did you play Crysis and what was your reaction upon completing the game? Share your thoughts in the comment section below.