The Walking Dead: Our World establishes the blueprints for the AR horror survival in the hopes a real game development studio could make a better experience. 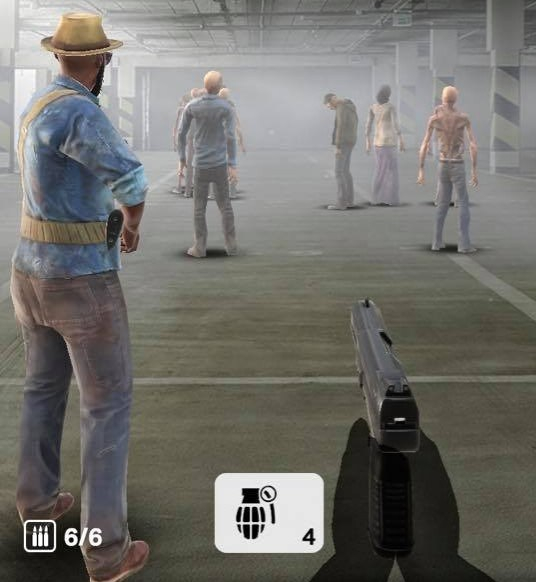 Back in 2016; Pokemon Go introduced the world to the concept of Augmented Reality by allowing gamers to live their childhood dream of going out into the world and trying to become a Pokemon master. Next Games attempts to bring the concept of AR to the horror survival genre with The Walking Dead: Our World. While Niantic set the bar for an AR experience, Next Games has only made the blue print for other to follow and improve on.

Lets be honest, The Walking Dead: Our World is the kind of AR game most of us have always wanted. It was unfortunately executed as if it was another generic freemuim title that is not worth anyone’s time. It does some things better than Pokemon Go but it overall misses the point of what an AR experience is suppose to be.

In a dream for horror fans, players fight to survive the zombie apocalypse by working together or with NPCs and characters from the series. Players must rescue people, clear areas infested with zombies and acquire loot to build up their arsenal.

Compared to Pokemon Go: the game is far more flexible in regards to the players location and the distance of their surroundings. The combat system is very simple and anyone can get into it right away. For a new title, the game is not that buggy and I’ve encountered very little performance issues since Day 1. The AR feature is great but it does need some minor tweaks.

The combat is good and what it tries to do is groundbreaking, everything else about the game is problematic.While Pokemon: Go gave players a reason to explore their area, Our World gives players no reason to do that. Everything can be enjoyed at a stationary location with very little personal movement. Everything else about the game, from acquiring new gear to leveling up and currency, follows the freemunim model.

In following this template, the game feels less like a horror survival and more like an over complicated slot machine. This of course brings up the issues regarding the dependency of a loot box system and micro transactions.

Advancing your players level or gear is all dependent on a loot box system (either bought or earned) that acts like a slot machine. While most RPG type games have player grind and collect stuff to craft, any form of progress is dependent on what they get from a loot box. Hence players need to grind away with little hope of progress or pay for a premium loot box. To make matter worse is that the game is obnoxiously pushy in trying to get players to give into the microtransactions. If it’s not pushing loot boxes, its trying to get player to pay $10 to unlock major character like Rick Grimes.

In the end Our World has set the blueprint for other developers to use in creating an immersive action AR experience. Hopefully Capcom could make a similar experience using the Resident Evil series but only better. (Dare I say it) even Konami could probably make a better experience using the Castlevania series.

The Walking Dead: Our World is the kind of AR experience that shooter and horror fans have wanted but its setup along with its delivery was poorly made. While the action is solid, everything else about it just screams “freemuim” while progression is all based on a loot box system.

The Walking Dead: Our World (iOs) 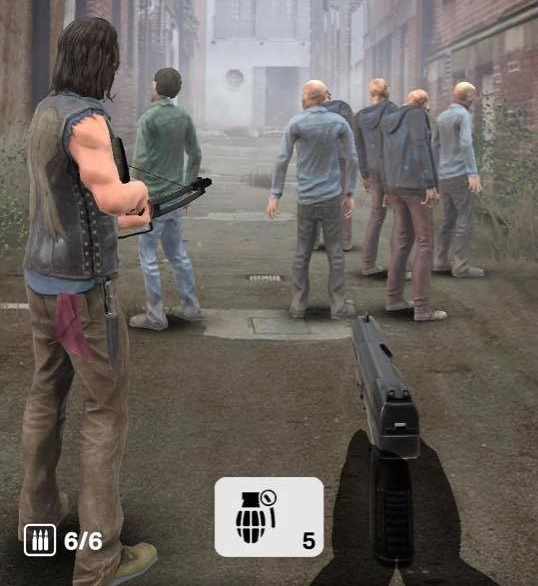