Ketchapp basically took The Tower and just slapped an Assassin’s Creed skin over it and called it a day. 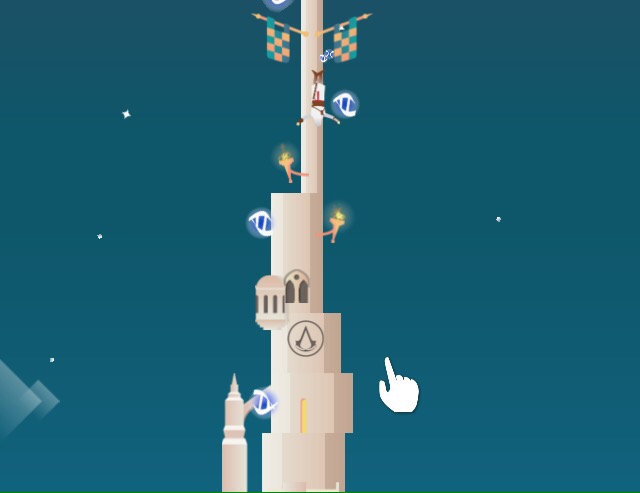 For fans of the series, Assassin’s Creed Origins has brought new life to a series that was suffering from franchise fatigue – hence it’s best for them not to waste their time with The Tower: Assassin’s Creed.

Ketchapp basically took The Tower and just slapped an Assassin’s Creed skin over it then stuffed it a few obnoxious ads along before calling it a day. Basically players build a castle while an Assassin (be it be it Altair, Evie or Ezio) climbs it and the goal is to build it as high as possible. Yeah that is basically it in a nutshell.

At best, The Tower: Assassin’s Creed has about an hours wort of fun before one gets bored and decides to play a much better game (like a real Assassin’s Creed game). It’s a simple game but offers nothing worth wanting to come back to or having any real replay value. Worst is that the game is boggled with so many side ads and video ads that it almost crosses the point of being obnoxious.

Also given the absence of Ubisoft’s logo on the game, one could suspect two things. The first it that the game was made without their approval. The second is Ubisoft did give the ok but wanted to keep their distance.

The Tower: Assassin’s Creed is just a quick questionable cash grab that is hoping to bank on the release of Origins. There are so many better games to play or one should just play Assassin’s Creed Origins.