Serious Sam 4 is another lesson on how to make a f***ing shooter, keep it simple and be focused on the fun.

Serious Sam is Back to Save the Earth

Serious Sam 4 is a fast paced old school shooter with a wicked sense of humor. On the surface it has improved visual designs but it’s First Encounter at its core. It’s not all old school joy as the game strikes a balance between being traditional but also trying to improve the experience. Croteam has done a stellar job at doing both of these.

Players will once again take on the role of Sam “Serious” Stone as he fights a desperate struggle to save humanity. The Mental forces have almost conquered Earth and humanity is on the verge of collapse. Sam leads an EDF team with Father Mikhail in an attempt to locate the Ark of the Covenant (which is an ancient alien weapon). They must locate it in the hopes of using it to save the Earth from the invasion.

The games sense of humor has to be commended for striking a balance between Sam macho personality humor and meta commentary. Sam is still the same action guy like in the previous games. When he is not busting one liners he is mocking the trope. Besides action film tropes, there are plenty of jabs to cliches in the shooter genre. Also to the games credit, the macho humor is hilarious without having to fallback on shock value or played out tropes.

When it’s not taking jabs at video game and movie tropes, it’s paying homage to them. Serious Sam 4 dose not want you to forget that this is a video game for fans of old school shooters. The game has plenty of tribute to other games, be it the set-piece or through the dialogue. It’s also obvious from the start that the staff at Croteam are fans of The Avengers (with some moments and soundtrack).

Saving the Earth (One Dead Alien at a Time)

Very important advice before you start, play in Normal mode. I tried to play in Easy Mode just to get through it but it lacks the excitement. If Normal mode is too easy then turn up the difficulty.

There is nothing fancy or innovative about the gameplay mechanics. This is a first person shooter and all you do is shoot the waves of aliens that are rushing at you. The arsenal at your disposal are the genre traditions (like the handgun, shotgun and Minigun). I also have to give kudos to how the game keeps you alert by fooling you into thinking your close to death after a few hits. Your HUD will look more grim for a second and you think your almost done for (but your health bar is actually at 80HP).

The only minor change is the ability to acquire unique skills as you progress through the game. After finding artifacts, you can upgrade Sam with new skills and rewards. Also the fast paced action and carnage have been turned up as you will be fighting greater waves of monsters and aliens. You got returning foes along with new breeds of monsters (all who are challenging alone and a nightmare in packs).

Overall; Serious Sam 4 is a fast paced game that has done everything it can to earn that Mature rating.

I should note that Serious Sam 4 has a multiplayer for those who want to battle it out online. Players can get together to have a co-op experience. Personally, I’m not too much into the multiplayer as I prefer the single player. For this review, I only enjoyed it a few times just to have an idea of how it feels. I will note that it does have its moments and it’s there for gamers who enjoy a co-op experience. For someone like me, the fun is all about going solo.

Serious Sam 4 so everything right when it comes to being a shooter that is non-stop fun. The games real and only problems come from its performance. Specifically the long loading time to start a game and minor issues.

It takes an average of 1.30 minutes to load a new game. That time frame could be acceptable for a massive open world game that is rich in details. It’s not acceptable for a shooter. The world looks nice and there is plenty to kill but it can’t justify the long loading time. Thankfully it loads faster when you are re-spawning. The performance issues seems to be only limited to rendering and minor hiccups (but nothing too serious).

Ahhhhhhh, Put a Sock In It!

Serious Sam 4 is another lesson on how to make a f***ing shooter, keep it simple and focused on the fun. All you do is slaughter wave after wave of familiar monsters and aliens (nothing fancy or ground breaking). If you enjoyed playing Doom: Eternal and still have the itch for an old school shooter then this game is the answer.

Disclaimer: Croteam provided the game used in this review. 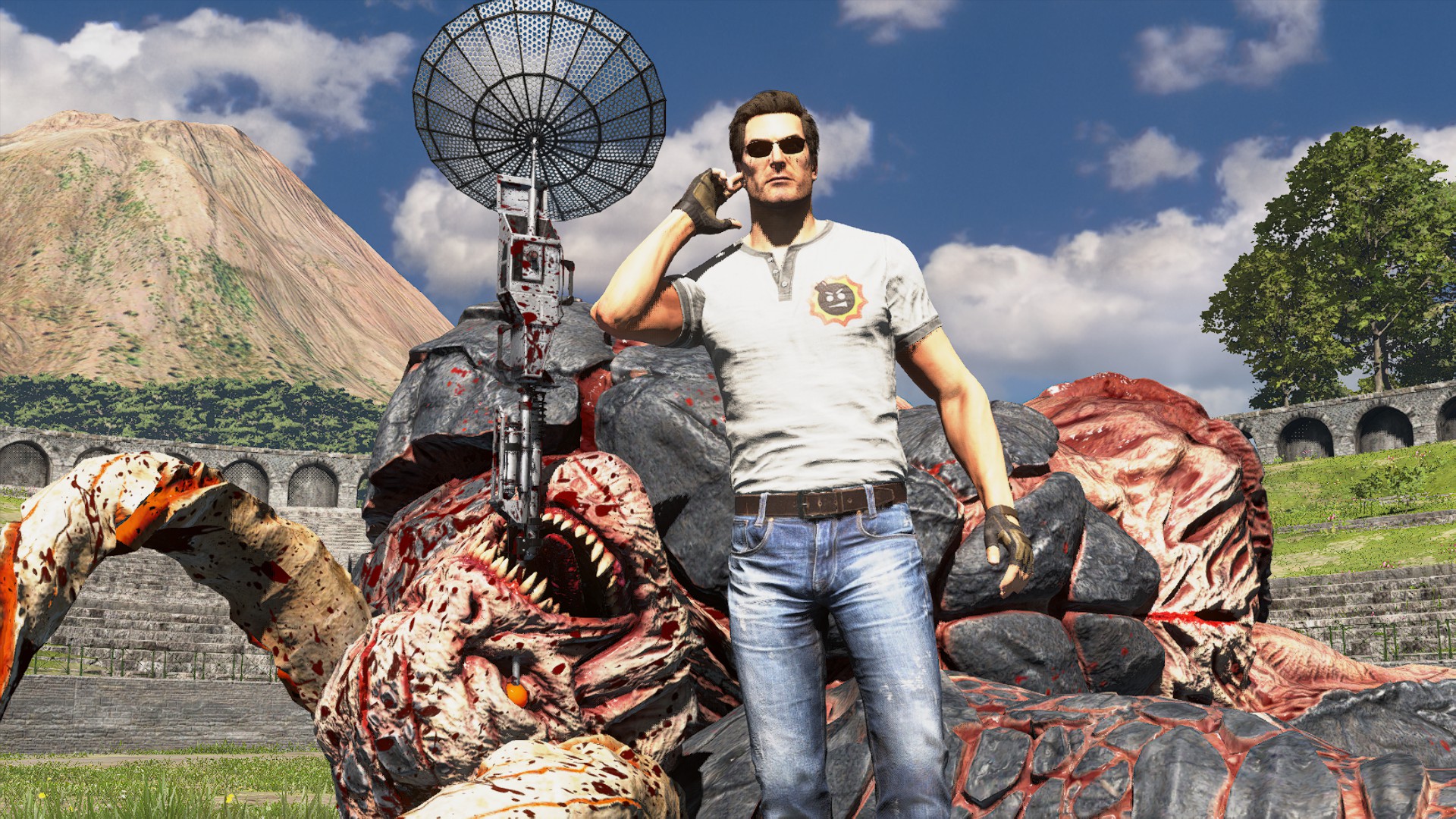