Men of War: Assault Squad 2 – Cold War takes a good premise and dose less than nothing in regards to being an enjoyable game.

Making a game set during the early Cold War takes a lot of imagination and making it uninteresting takes a lot of effort. Men of War: Assault Squad 2 – Cold War has done a great job at doing both of these.

Men of War: Assault Squad 2 – Cold War is the latest entry in the RTS series that seems to be Men of War in the name only. Players take command of either NATO forces or the Warsaw Pact (but its just America and the Soviet Union) then battle it out on some of the most bland maps ever. I would want to talk about the “single-player” element but it’s non-existent as its a standard match with bots.

There really isn’t much to enjoy about Men of War: Assault Squad 2 – Cold War as its clear the selling point was the brand and setting. Despite the many nations involved in the Cold War, there are only two factions. Plus the historical accuracy of their weapons is questionable. There are only a few maps to play with and none of them standout.

Also; having the option to play against the AI (with the word “intelligence” being used loosely) is not a single-player campaign. This is called skirmish and its purpose is to allow players the chance to practice their skills. Assault Squad 2 doesn’t need a single player but it should not have mislead the fans.

So many other RTS franchises have done the Cold War better that this game is an embarrassment. History buffs and fans of the Men of War series are best just to ignore this entry.

Men of War: Assault Squad 2 – Cold War takes a good premise and dose less than nothing in regards to being an enjoyable game. It’s best to skip it since so many other titles have done this idea better. 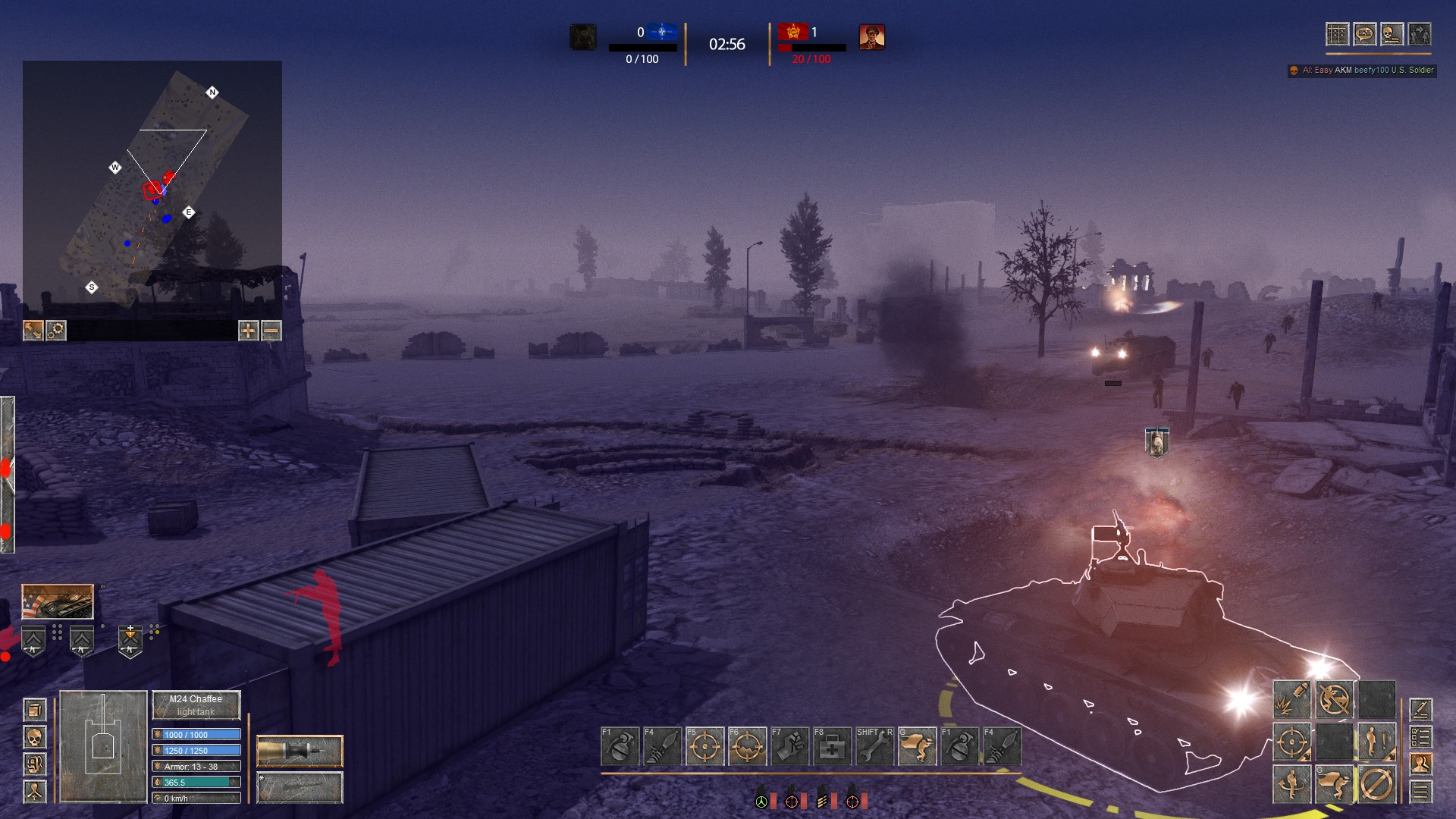