A gaming pioneer offers some words of wisdom while several local Indie game developers present their project at the August Game Pitch Night. 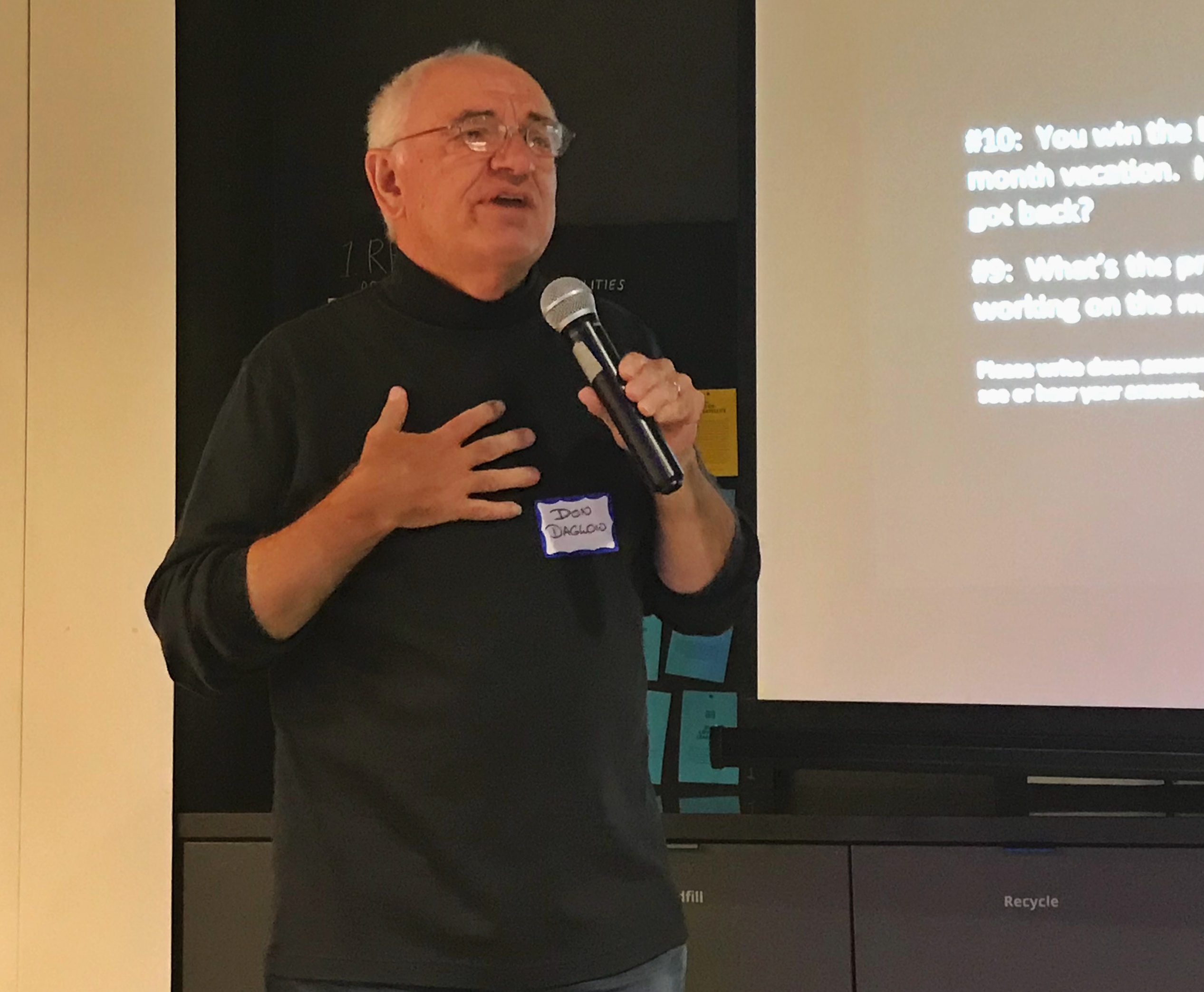 Following the success of last months event, the Game Pitch Night was back for another opportunity for developers to showcase their work and network among each other. The event was once again held at ThoughtWorks office in San Francisco and was hosted by Ben Savage.

Being Ready to go Indie

In a special treat for those aspiring to bring their passion to life, the guest speaker for the event was industry pioneer Don Daglow. He is responsible for creating some of the most ground break first games such as Baseball and Dungeon. He was also a guest at the first Game Developers Conference (set at Chris Crawford home in San Jose).

Four game developers brought their project to an audience that would appreciate the experience or offer feedback on how to improve it. Each developer had a unique story behind the development of their game while volunteers were asked to try the game and give their feedback.

Zen Block was presented by Eric Matsuno and it brings a new twist on a classic formula. Players must race against an AI to clear a board by matching three squares. Several audience members got the chance to play the game. Even though the demonstration was on a laptop, the game is currently available for the Android and will be coming soon to the iPhone.

VR Jetpack Game by Autodidactic Studios was available to tryout at the last Game Pitch Night but this time the audience got to learn more about it. This multiplayer shooter has players going up against each other in a massive open arena.

How I Roll by Cool Yeti Games is a unique experience coming to the mobile device in late 2018. A fun game for those who enjoy puzzle games, players must overcome each level by dodging the obstacles in a timely manner.

Blue Yonder Falls by Gamehearts is a VR platform adventure that has players use their imagination.

After the presentation, guests had the opportunity to have a quick one-on-one with the speakers or to mingle among each other. Food and drinks were provided for everyone while demo tables were also set up for anyone who wanted to sample the games.