1984 was the year when the criminal underworld of Vice City would be changed forever thanks to Victor Vance. 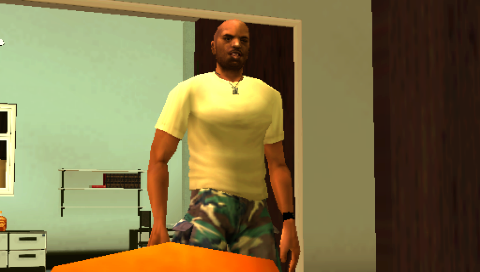 PlayStation gamers who need something to be preoccupied with until the release of Grand Theft Auto V should take a trip back to the good ole days with Vice City Stories.

Grand Theft Auto: Vice City Stories has players take on the role of Victor Vance, who after being discharged from the Army has to turn to a life of crime as a way to support his family. During the cores of the game, he sets the ground work for the events that will lead to the rise of Tommy Vercetti.

Gamers who grew up playing GTA in the good old PS2 days will feel comfortable with Vice City Stories in regards to the world and control setup while also welcoming the new changes. Its gameplay setup is built using the best features of the original Vice City and San Andreas. New to the series is the concept of Empire Building, which requires players to build their criminal empire by purchasing property or conquering gang territory.

Grand Theft Auto: Vice City Stories gives fans the nostalgic feeling of playing the classic GTA III and Vice City in the contexts of a new game. This should keep PS3 gamers busy until September 17.